After building a device that hacks into devices, a Bloemfontein-based company is trying to get the State Security Agency (SSA) to pay it for the “grabber”.

At the centre of the more than R600-million allegedly siphoned off from the State Security Agency is a sophisticated piece of technology commonly referred to as a “grabber”, — which was supplied by a company based in Bloemfontein.

The device, which others in the agency refer to as “Warmonger”, is now sitting at “The Farm”, the SSA’s headquarters east of Pretoria.

Nobody there knows how to operate it.

The Mail & Guardian has established that this listening device was acquired from Saber Industries in 2015 by the SSA as part of “Project: Clarity”. There was no contract. And no other paperwork.

But the security agency paid only R14.5-million of the R30-million that the two parties had allegedly agreed on.

The device, which is known as the international mobile subscriber identity-catcher, or Imsi-catcher, can be used to locate and track all mobile phones that are switched on in a certain area.

Saber Industries is owned by Chin-Chao Chen and his 29-year-old son James. The Imsi-catcher they supplied was apparently upgraded so that it could also attack devices through wi-fi, 3G and Bluetooth. This allows it to gather data from devices. It is sophisticated enough to bypass firewalls.

According to sources, James Chen is the only person who can operate the device. He has also installed an access key, which means that people at the security agency are unable to access the information stored on the device. It is said that after numerous failed attempts at trying to retrieve information the device automatically formats itself.

The inspector general of intelligence, Setlhomamaru Dintwe, told public protector Busisiwe Mkhwebane on January 31 that at the SSA the device was called “Warmonger”. 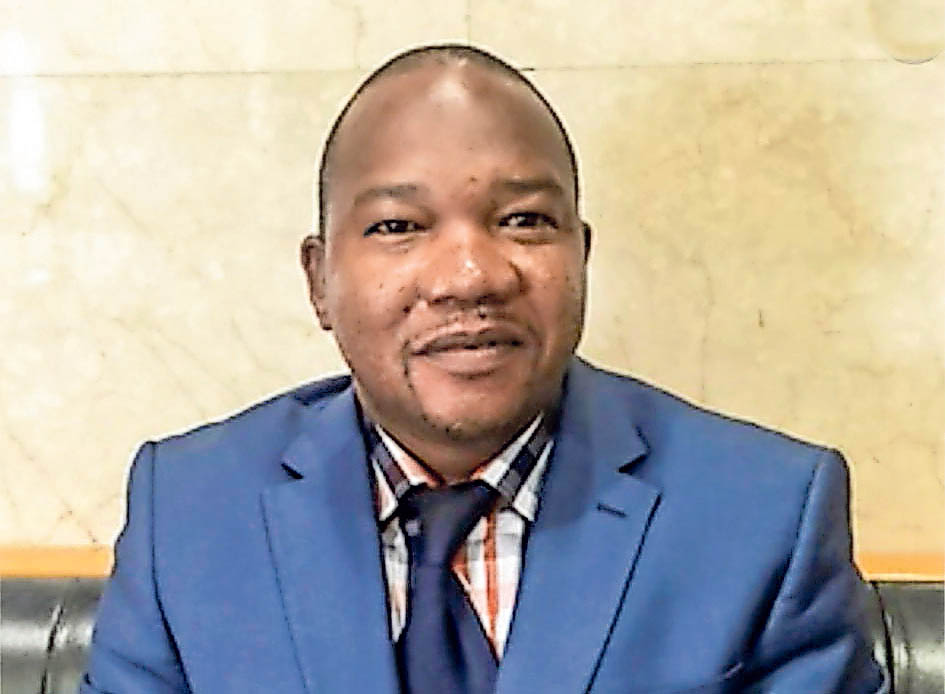 The inspector general of intelligence, Setlhomamaru Dintwe, says the Imsi-catcher Saber sold to the SSA is called “the Warmonger”

In transcripts of the meeting, which the M&G has seen, he explained how the device worked: “You need to be about, they said, six or seven kilometres away from your target place. So, if you wanted to crack into their computers or listen to us and so forth.”

Mkhwebane and her investigators had approached the office of the inspector general to seek information regarding its investigation of the South African Revenue Services’ “Rogue Unit”.

Legal adviser in the office of the inspector general of intelligence (OIGI), Advocate Jay Govender, said the office was aware of issues relating to Saber Industries and that they were being looked into.

“It is noteworthy that when conducting investigations, the OIGI does not solely rely on complaints being lodged, as information may reach us through various channels. Based on the information, a determination is made whether the matter falls within the purview of the oversight mandate prior to undertaking any fully blown investigation,” said Govender.

A former government official who was attached to the SSA said that the device raised a lot of questions at “The Farm” in 2018 — as no one knew what it was doing there, how it was operated and if it had been used.

Last month, News24 reported that the device had disappeared from “The Farm” before the ANC elective conference and reappeared once the conference was over. Dintwe told Mkhwebane that no one had bothered to find out what the device was used for, where it went or who had taken it.

In one secret meeting with the security agency in Johannesburg, James Chen — who is described as an IT “genius” — claimed that he had trained two operatives at the agency on how to operate the device.

But a former SSA official told the M&G that the two individuals whom James Chen claimed to have trained denied this during an internal investigation, instituted by former State Security Minister Dipuo Letsatsi-Duba.

Saber Industries has been trying to recoup the rest of the money it claims it is owed since September last year. The SSA refused to pay this without any proof of a contract and has instituted a forensic investigation, which current State Security minister Ayanda Dlodlo has continued with.

At the heart of the investigation were allegations of fraudulent invoices amounting to more than R600-million, which were purported to be from Saber Industries. The family-run company even wrote a letter in July to the security agency, demanding the outstanding money.

The M&G has seen this correspondence, and the replies.

But SSA’s senior manager in accounts Max Damane in his letter in October, told Saber Industries that the agency was unable to find any information or documentation relating to “Project: Clarity”.

“We are unable to locate the project, which makes it difficult for the agency to honour the obligations, if any, to you; and we therefore request the following information to enable us to consider and or process your invoice … clarity on the project you were involved in, details of the contact person within the agency and dates when such services were rendered,” said Damane in his letter. The SSA did not respond to questions this week.

The M&G has previously reported that, instead of providing the requested details, Saber Industries enlisted the services of Impepho Emhlophe Risk Managers, owned by controversial businessman Joseph Nkadimeng. He was also named as a key character in the setting up of a “war room” to win 2016 municipal election votes for the ANC. Nkadimeng’s company was drafted in to assist with recouping the outstanding millions.

The M&G recently reported that the alleged fraudulent invoices that were paid by SSA were looted from the agency’s slush fund by officials in the agency, and their co-conspirators outside it.

In October, Dlodlo told the National Council of Provinces and the National Assembly that the agency was investigating corrupt networks that had resulted in “serious economic losses to the state through illegal financial flows”.

She said the agency had reported these corrupt activities to the Hawks and that it was taking steps internally. “Approximately 30 individuals, including current and former SSA members, as well as non-SSA members who were complicit in some activities, have been directly and indirectly implicated. Among the individuals were facilitators and beneficiaries, including senior officials.”

In respect of current members, a total of eight suspensions have been effected and disciplinary procedures are under way,” said Dlodlo.

She told Parliament that these corrupt networks had resulted in “serious economic losses to the state, which affected the operational capability of the organisation to discharge its constitutional mandate”.

When the M&G approached the SSA to ask whether such a contract existed between the agency and Saber Industries, whether there were “fraudulent invoices” purporting to be from the company, and whether there was indeed more than R600-million siphoned from the state coffers because of the alleged “fraudulent invoices”, acting director general Loyiso Jafta told his media liaison officials that the agency could not comment as this was an “operational matter”.

The security agency has not been stable for a number of years and has been a playground for factional politics. In December 2018, a high-level review panel established by President Cyril Ramaphosa handed over its findings into allegations of corruption at the agency.

The main objective of the review panel was to assist in ensuring a responsible and accountable national intelligence capability for the country, in line with the Constitution and relevant legislation.

In its report the panel, chaired by ANC veteran Sydney Mufamadi, found widespread abuses of state security funds. “The SSA had become a ‘cash cow’ for many inside and outside the agency,” the panel concluded. It also found that several rogue intelligence operations were enacted in the political interests of former president Jacob Zuma and his faction.

The panel recommended increased access to financial information for the auditor general to allow for “unfettered auditing” of the agency’s finances. The panel also recommended “urgent”, sweeping forensic investigations into the breaches of financial and other controls.