Set a podcast to catch a rape suspect

Deon Wiggett’s real-life voice is no different to his podcast voice; deep and echoey, with the lilt of an Afrikaans accent.

“I wanted to write this like a detective show,” he says, talking about the four-part podcast My Only Story. The sharp chatter of the other patrons in the Sandton café where he meets the Mail & Guardian cuts through the mid-morning peace.

“People like true crime anyway, but nobody wanted to talk about teenage rape, or my rape. But if you get people to be interested despite themselves, then they kind of have to talk about it.”

When Wiggett talks, his whole body moves in his chair, until he trails off at the end of a sentence — looking relieved at having finished answering another question.

He stops himself from constantly checking his phone, eventually turning it face down on the table in front of him.

Willem Breytenbach, the man who allegedly raped Wiggett and others when they were boys, is about to be arrested. The news broke on News24 later in the day. 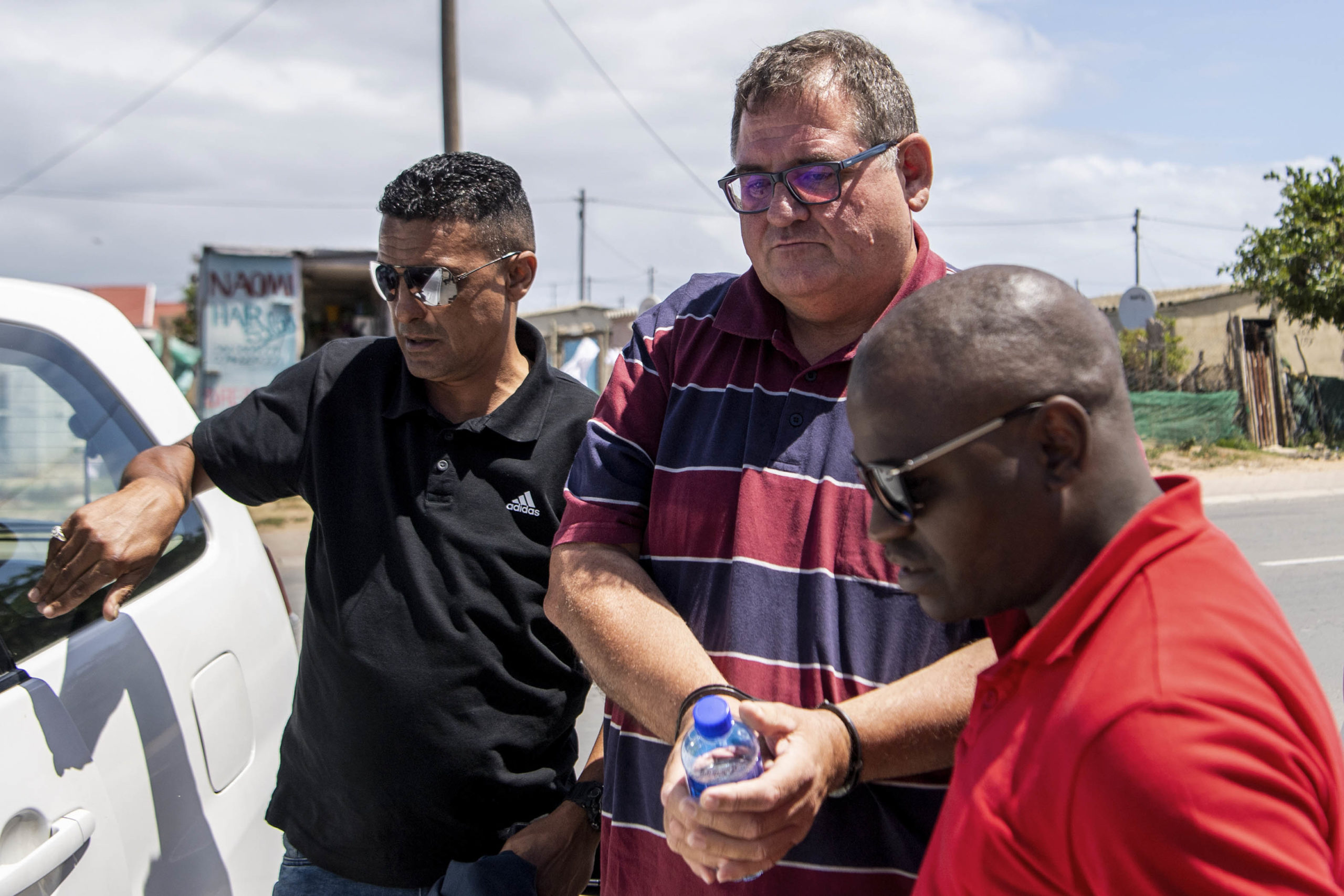 Willem Breytenbach was arrested on Tuesday on charges of indecent and sexual assault. (Jaco Marais)

The podcast made it possible.

In November, the first episode introduced “Jimmy” — the pseudonym of the bogeyman who would later be revealed to be Breytenbach, a former Media24 executive who allegedly used his influence as a journalist to prey on boys using a school newspaper project as a front.

Wiggett takes his listeners on a journey to uncover the shameful history of Breytenbach and to find his alleged victims. He alleges that Breytenbach raped him in 1997, when he was 17 years old.

According to News24, Breytenbach has refused to comment on any allegations. On Thursday he appeared in the Cape Town Magistrates Court where he was reportedly granted R50 000 bail.

In recent history, there have been a handful of true crime podcasters and writers who — like Wiggett — have uncovered evidence that has given new life to sometimes forgotten cases.

Serial, the podcast that poked holes in the investigation of the murder of Hae Min Lee in 1999, led to Adnan Syed being granted a retrial in 2016, although the decision was later overturned. Syed is currently serving a prison sentence, but consistently maintains he is innocent.

More recently, late writer Michelle McNamara’s investigation into one of America’s most prolific serial killers, the Golden State Killer, helped lead to the arrest of Joseph DeAngelo in 2018.

For Wiggett, the true-crime podcast format presented a unique opportunity: it would help him tell his story in a way that avoided the fatigue associated with the countless grim stories that occur daily in a country that has one of the highest rates of rape in the world.

It would also help him nail Breytenbach.

A fan of Serial, Wiggett went about researching the genre.

He says it is about taking something that is entirely true and putting it into a structure usually associated with fiction: “So, it’s putting together these different worlds of dramatic writing and investigative journalism, and performance really,” he says.

This type of writing exposes the “fundamental tension between news writing and creative non-fiction”.

Through the course of his research, Wiggett says he realised that detective shows on television seldom deal with a “real thing you are likely to encounter as a normal person” — such as a sex criminal in your own home.

“But this is the kind of thing you should be scared of in detective novels: that it is the character’s beloved uncle or father or teacher who is going to be the one to bring violence and untold destruction to that boy’s life.”

Breytenbach’s story is picked up in 1989 while he was a teacher at Grey College, the prestigious boys school in Bloemfontein. Through his investigation, Wiggett found that Breytenbach also worked at Willowmoore High School in the Eastern Cape and Langenhoven High School in Riversdale on the Garden Route.

He has been accused of raping boys at all three schools.

In episode two of My Only Story, Wiggett takes his listeners to Grey College, where he searches for any trace of Breytenbach and the possible destruction he left in his wake.

Wiggett says he “stuffed” the episode with a lot of telling detail because “something extraordinary and terrifying happens when men are left alone” in schools.

“All kinds of horrible things, not just rape and gratuitous abuse. But everything becomes reduced to testosterone level …” he says, adding that Lord of the Flies is tame in comparison to what happens in some schools.

Grey College has denied any knowledge of sexual misconduct by Breytenbach.

Media24, where Breytenbach worked as an executive after a stint as an education reporter at Die Burger, also denied knowledge of his alleged affinity for young men, which Wiggett has called the “worst-kept secret” at the company.

Now Wiggett wants to hold these institutions accountable, saying that they propped up Breytenbach, allowing him to “do what he does”.

He says that, despite Breytenbach’s alleged behaviour being an open secret among journalists for years, many have not known how to report on it.

“I’m a copywriter and I had to give up my job and financially ruin myself to expose a journalist — to people who knew. It does frustrate me sometimes.”

Wiggett is keenly aware that journalists are often beholden to the interests of their bosses.

“Journalists are correctly seen as warriors for the oppressed and downtrodden,” he says.

“But the reality is that, within media organisations, journalists are the oppressed and the downtrodden … Journalists are caught up in the same system of abuse by corporate power.”

Power that Breytenbach used at his own company.

One episode of the podcast reveals that Breytenbach’s employees at Lightspeed Digital Services, would have to post the word “on” in a company WhatsApp group when they started working and “off” at the end of the work day.

According to Wiggett, if an employee was not “on” before 8am, they could expect their day to get “much worse”.

Wiggett calls this sort of intimidation a “telling detail”.

“Unless you are a survivor of sexual abuse, it can be quite hard to imagine what that is like,” he says.

But many would be able to recognise this type of behaviour or character from their own work group chats.

Wigget says the WhatsApp group mention in the podcast “is actually the moment”, when Breytenbach goes from being someone else’s monster to one that others can spot in their own lives.

Now, with the final episode of My Only Story out and Breytenbach arrested, Wiggett admits that it has been a stressful year.

But, he says, he is “happy that people have been able to hear now”.

“Because the only thing that stops us from saying something is shame. And if the shame isn’t mine, maybe I shouldn’t take it. Maybe I should give it back to whom it belongs.”