There is something messianic about the way the Ndlovu Youth Choir has become the symbol of an aspirational and completely fictional social cohesion in South Africa. The choir’s near-victory on last year’s America’s Got Talent has seen it not only gain visibility 10 years after its formation, but it has also been co-opted for politically expedient exercises of national myth-making.

Granted, there was something both fortuitous and unfortunate about the timing of the choir’s ascendancy. Its arrival in the United States for a six-week slog at the talent competition came as the country was reeling from the disappearance of University of Cape Town student Uyinene Mrwetyana, who was raped and killed in a post office in August.

This was followed, a few days later, by yet another wave of xenophobic attacks that was devastating to the country’s image of itself and its standing on the continent. So when the choir’s semifinal offering was a seemingly deliberately chosen version of Steve Winwood’s Higher Love, the move saw them instantly branded as South Africa’s intercessionaries and chanellers of endorphin-like doses of “Madiba magic”.

“What has the greatest source of national pride been for you in the past two weeks?” asked 702 talk radio host Joanne Joseph as she introduced the group to her listeners soon after their US trip. “Let’s face it, we haven’t had a lot to be proud of recently. The gender-based violence and xenophobic attacks have left a lot of us feeling shame and disappointment at who we have allowed ourselves to become.”

The group, it seemed, had been swept up in the blind search for a national identity; a search that has typically been known to grasp at anything that will momentarily render us whole. But as fleeting moments of national unity gripped us (the choir performed at a Springbok welcoming ceremony at OR Tambo airport), few people seemed to ponder just how deep South Africa’s depravity lay; a depravity expressed as violence and femicide, and catalysed by glaring inequality — the very same inequality the group was being summoned and even encouraged to perform.

There was something very Coming To America-like about the personae the choir members inhabited during their US run; a wide-eyed performance of a “dream come true” demeanour, reflected in their choice of repertoire.

But in person their experience of the US was much more complex. “Putting all of this together with our choreography over a period of six weeks was a challenge because the food was just not nice,” says choir manager and frequent spokesperson Sandile Majola. “I mean, here we have good fruit but over there you get apples as big as your head but they are not sweet, it’s just bland water. Everything is modified.”

Conductor Ralf Schmitt says the choristers tried to get over the toll the distance was taking on them by doing things that reminded them of home. “We smuggled pap into America, hired a backpacker kitchen to cook it and had pap and sishebo on the lawns. They were homesick but they dealt with it so well.” 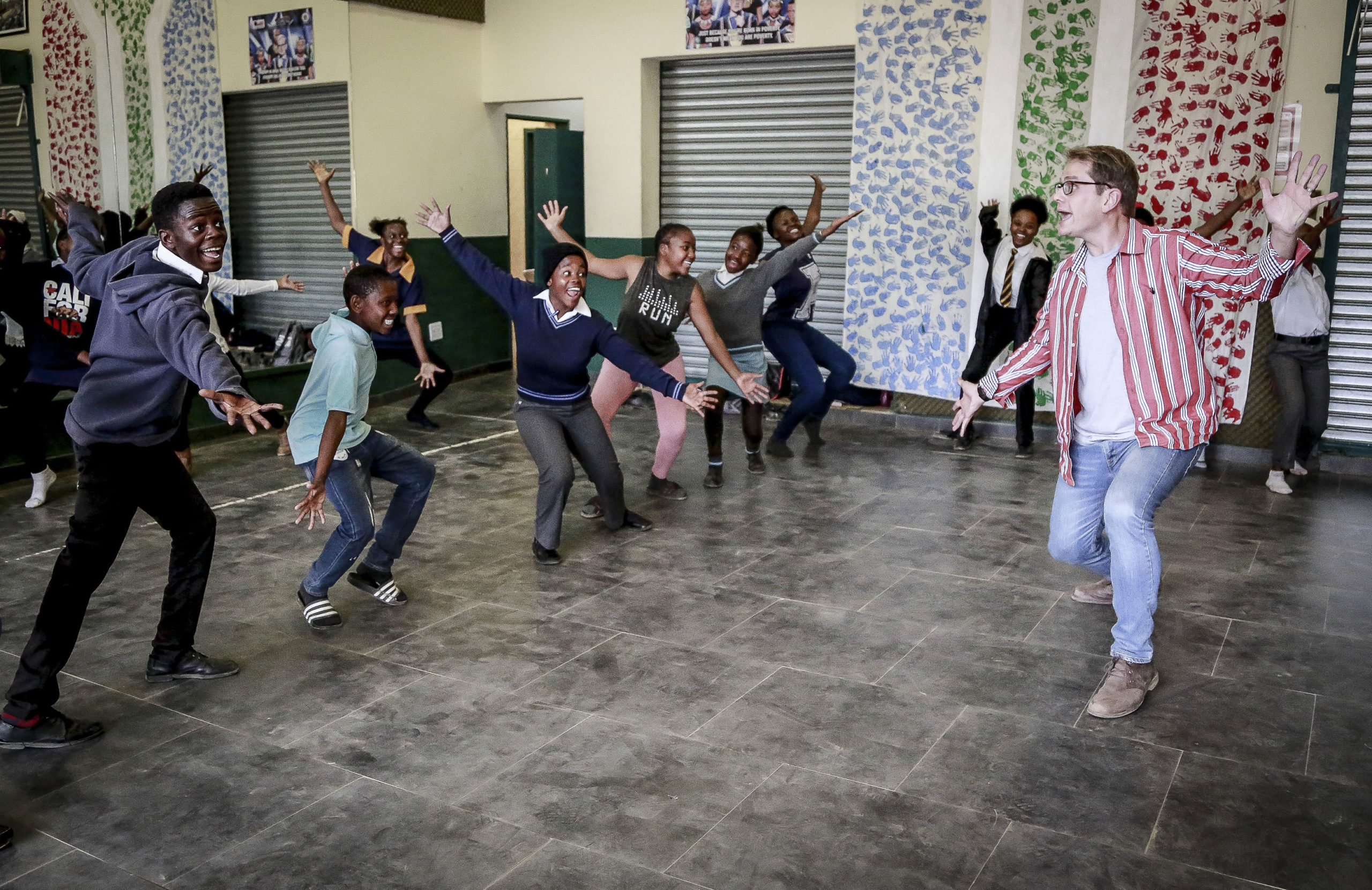 Schmitt, who has been the choir’s conductor since its genesis in 2009, says the group’s repertoire was chosen to “represent” South Africa. “With the exception of African Dream, all four of the five songs we sang in America were songs that had done well in the US and we just made sure that we added a nice strong African flavour to them.”

The song that got the Ndlovu Choir noticed by the America’s Got Talent producers was Ed Sheeran’s Shape of You, which Majola says they initially laughed at when Schmitt approached the group with the idea in 2018.

“In the beginning we thought, ‘What are we going to do with an Ed Sheeran song’,” he says over the phone from Limpopo. “‘We’re a choir.’ But he was like, ‘Take this song and make it good.’”

Majola (25) says there is a unit in the choir that he relies on to give songs what he calls a kasi feel “so that they are catchy and can be played everywhere. When you hear a song ye Ndlovu Youth Choir, you just know. There is an energy that we put into the songs: it becomes the owner’s, yes, but ours at the same time. We work the angles of a song to make it relatable in Zulu. It’s become like a formula.”

The choir’s sound, and in some cases, its sensibility can be thought of as a tension between the youngsters’ lived experience (they are based in the Moutse district in Limpopo) and the ideas of their conductor, an alumni of the Drakensberg Boys Choir. “The songs that we sing must be suitable to young people,” says Schmitt. “Even the song Shape of You, we had to change the lyrics. It must be music that the kids enjoy. We did a nice version of Burnout on our album. Sipho “Hotstix” [Mabuse] is a massive role model to young people because he did his matric in his 70s and he implored the young children to finish schooling. Those are the types of decisions that get made when we choose a repertoire.”

Schmitt speaks candidly about his privileged upbringing, about how he has learnt more from the group than they from him, and about how his tenure as a student at the Drakensberg Boys Choir School was his first encounter with African music. “When I joined there in 1992, we had a very forward-thinking music conductor, a guy called Christian Ashley-Botha, who’d go into townships and Namibia, get music, actually score it and then teach it to the boys. And that was my first taste of true South African music. That’s how my love for what I am doing now was fostered.”

The choir emerges from the infrastructure of a nongovernmental organisation called the Ndlovu Care Group, a medical, community development and research organisation that also runs orphaned and vulnerable children’s programmes. The choir was formed as part of the Ndlovu Care Group’s orphaned and vulnerable children’s programme, initially starting off as an after-school programme in Moutse, which lies about 30km outside Groblersdal.

There are about 41 choir members (only 24 made the trip to the US) and they range in age from about 18 to 27. A factor that hastened the professionalisation of the choir two years ago was that, because of their socioeconomic circumstances, many members were unable to swiftly climb through the ranks of high school and enter tertiary education or the job market. Professionalising the choir offered the possibility of rectifying that from within.

Majola, a choir member since 2009 and a manager since 2015, believes a crucial ingredient to the group’s burgeoning commercial success lies in the family-like bonds that the group has established over years. Although it is clear that the momentum of Ndlovu Youth Choir’s America’s Got Talent performances has swept the globe, leading to the release of an album of songs covered in that run as well as songs in a similar vein, it would be wise to temper our collective haste for a new national symbol.

The Ndlovu Youth Choir arose from the aid economy. This doesn’t take away from the choir members’ talents — or their potential as individuals. But it does suggest that the very political project that seeks them out as the new drug for the age-old symptoms needs to see the choir not only as a new flag bearer, but also as a representation of its failings.

It is a reality that forces these youths to repeat tropes of exceptionalism about the ease with which dreams can be grasped. This framing makes them new players of old roles in the saviour industrial complex.

So although they may have performed their Coming to America roles with aplomb, we — and those so reliant on national myths for hegemony — would do well to remember to set the tone for a nation in which success for the youth does not lie in jumping through the limited hoops offered by philanthropy.

We’d be extinct if it weren’t for hope