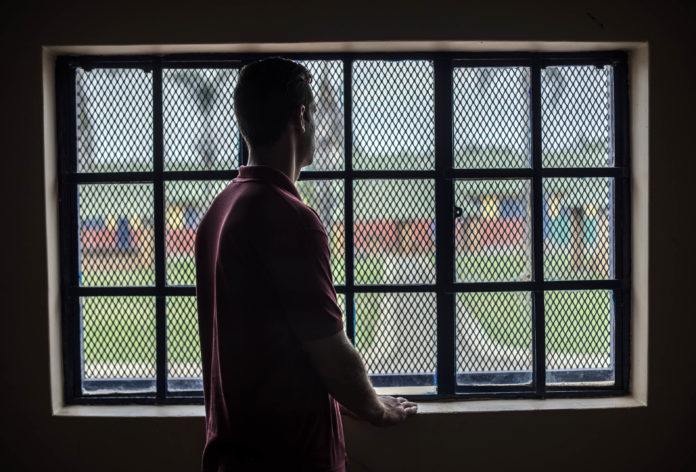 Martin* grew up without a father, and with a mother who dealt drugs to make ends meet. His sister was taken away by social services and, by the age of six, he had been taken in by drug dealers because his mother owed them money. He is now behind bars as a juvenile, serving a three-year sentence.

After getting away from those dealers, he went to stay with his grandmother on a farm. He tells the Mail & Guardian: “The drug dealers were able to track down my biological grandmother, who was working in a factory on a farm. I had to hide in the house all day so the owners of the farm would not know I lived there. It was against the rules.”

One day, he was playing outside after everyone had left. But the owners returned, having forgotten something.

“They asked my grandmother why I was living there, why I had no proper clothes and why I wasn’t at school. She explained the whole situation and I ended up living with the owners of the farm. They have done everything for me and have given me a better life, and because of my stupidity I have really disappointed them,” said Martin. The farm owners would become his foster parents.

The 20-year-old man explains that in his early teens he became rebellious. He was out of control and his foster parents sent him to Boys Town, where he smoked weed and stole a laptop, together with three other boys.

This was the end of his comfortable life. In 2017, Martin was charged with housebreaking and theft. He was sentenced in September 2018.

He is now serving his sentence at the Mogale Child and Youth Care Centre, doing his time next to other juveniles who have been in conflict with the law. This has given him a chance to take stock of his life.

Their crimes range from housebreaking to rape and murder. Martin is one of the luckier young men in the centre. He has foster parents who care for him.

Martin was one of nine youths who wrote their matric exams at the Mogale Centre last year. Seven matriculants passed. He attained a bachelor’s pass and his parents have been able to pay for him to study mechanical engineering at Unisa.

“It’s not easy because I can only study the subjects that do not need me to attend practicals. So for now, I am studying what I can,” he said.

Each one teach one

Ronald Mathebula, the education co-ordinator of the full-time school at Mogale Centre, beams when he talks about Martin’s hard work during his sentence.

“I used to tutor him in maths; now he is helping other students here. We have quite an extensive programme, whereby all the young men are either in a mainstream class or they are doing vocational studies such as skills workshops,” says Mathebula.

The centre is well-equipped. On one end there is a sizable, crysta- blue pool and on the other are classes in which young men can learn computer skills or sew, cook and entertain ideas about being pilots one day.

Mathebula says: “Our biggest problem is that even though we are producing matriculants who pass well, most of them cannot further their studies because they don’t have parents to pay for them at Unisa. Like Martin, even if they do get to further their studies, they can’t leave the premises to conduct practicals.

“Our challenge is that if these boys leave here without skills, they could easily go back to the life they had. Without education there is no future and education is what they must leave here with.”

Sibulelele* is one of the young men at Mogale Centre who has begun to think about what his life will be like when he leaves the centre in 2021. He is a gifted soccer player. He was charged and sentenced for murder.

The now 18-year-old said everything changed for him when his mother passed away. He was 12 years old and his father left him with his grandmother.

The situation was difficult, to the point where he was invited for soccer trials at a major team, but he had no money to take a taxi. “That’s when I started hanging out with the wrong crowd and smoking drugs and being very angry,” he says.

One night in 2017, during a fight with gang members, Sibulele pulled out a knife and stabbed one of them.

“I’ve been sentenced for four years. I will be out next year. I’ve reached out to my family and told them how I feel and what I have learned, and they said they would fully support me when I leave here. Day one of getting out of here, I want to start sewing and see if I can try to get back to soccer,” he says.

Another young man, 19-year-old Kgothalo*, says he was always in fights when he was growing up. In 2016, when he was 16 years old, he nearly killed someone.

“I grew up in the streets of the CBD [central business district]. I’ve always been a short-tempered person. One of the things I have learned here is how to control my anger. I’ve learned to understand why I get angry fast and where that comes from,” he says.

Through the many programmes the young men are enrolled in, they can begin to envision a future after serving their sentences. Some want to be chefs, musicians and inspirational speakers to the youth. In a justice system that is meant to aim for rehabilitation but often fails, these young people are a case study in how the system can help people change their behaviour and lives.

That is, if they receive continued support.

You can read the previous stories in Athandiwe Saba’s series on children in conflict with the law here, here and here.

Our approach to drugs must change