Digitisation and the Two Rivers 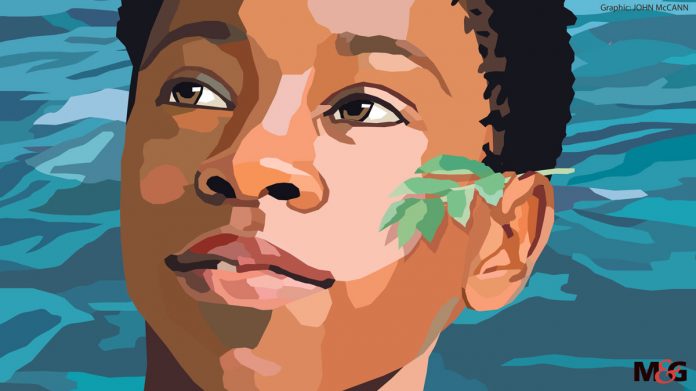 Many artists and culture practitioners have turned to digitising their offerings and marketing strategies to eke out a living; some are exploring nonfungible tokens and cryptocurrency as opposed to traditional banking, streaming and archiving, in tune with their audience, who are now primarily investing in digital assets in the cloud.

It hasn’t been easy, this transition, which arguably compromises the heartical energy exchange of human beings; an energy that pulsates through touching auras in person or,  often, through a supposed life-saving Zoom, Instagram TV, Facebook Live, Microsoft Teams, Google Meet or TikTok clip. WhatsApp and Telegram compete for debunking data privacy debates. Hanging out on Discord, Slack and Snapchat, QR Code activation or purchasing digital land seem like metaverse warm-up exercises. Everybody with a smartphone is whipped.

Africa is entangled in a system of international tech organisations that host global social media platforms, together with their artificial-intelligence (AI) and data-mining-powered agendas, that, nonetheless, include an array of exciting, albeit encroaching technologies. TV is ditching analogue for digital signal, while community television stations scramble for retention of previous “free to air” viewers and big players bring out divide, upgrade and conquer moves to monopolise the market.

In learning to adjust, schooled and unschooled masses surrender at an ever-increasing pace as fourth industrial revolution demands become more relentless. Spectrum policy plans to embed 5G networks and preparations for 6th and 7th generation networks are also in progress.

How will physical world needs outside the digital realm not be neglected and even eroded amidst this proposed internet of things evolution? For 5G, 6G and 7G, virtual and augmented reality to survive, international investors are keen to establish a foothold on the continent, and are targeting South Africa first. Doing so will enable millions of devices to be updated and transmit data simultaneously in a technocratic system of global surveillance, tracking and control.

Perhaps this is why Amazon, a US multinational technology company that focuses on e-commerce, cloud computing, digital streaming and artificial intelligence (AI), potentially needs to restrategise where to build its African headquarters. This is because its hopes of doing so alongside the banks of the historic Liesbeeck and Black Rivers in Cape Town, totalling an investment of R4.6-billion, have just been halted by a landmark court ruling.

Work had already begun on the four-storey development during the festive season. This was ruled against by Western Cape Deputy Judge President Patricia Goliath, supported by campaigners claiming “Same colonists, different ships.”

Tensions between indigenous knowledge systems preservation activists and their non-indigenous allies on both sides of the debate have been high, creating an atmosphere that is confrontational and even accusatory. Women have been shamed on social media and some have received death threats, even after the ruling called for pause and deeper reflection. In one incident, the police confirmed a shooting outside the judge’s house last month.

“We are still living on the plantation,” says founder of Transcending History Tours and organic agriculturalist Lucy Campbell. “I am very saddened by the two groups. I just see that the colony is being validated again. The Liesbeeck is personal and many other areas are being gentrified. We don’t have the consciousness and have been fighting the same enemy for so long.”

Chief Tania Kleynhans from the Institute for the Restoration of the Aborigine of South Africa says: “It is [in] an area around the Liesbeeck that land was granted to Free Burghers. These are generational dispossessors and they have benefited  with their little homesteads [that] are still there for all of us to view as a living memory of the past into the current of land dispossession.

“Academics and the privileged had full use of the golfing range, the bird watching, the socialising and conference facilities; it did not bother them. The minute this development was presented, it brought about a backlash from the immediate communities, when they never bothered to look at the impact their privilege had on the aboriginal people of Garden Village. Heritage was never ever a primary concern.”

Gael Reagon, who calls herself a “truth-walking” journalist, was present when the South African Heritage Resources Agency (Sahra) conducted a site visit to establish the location’s heritage worth. “I ended up falling four times on the journey. It is like being slayed by the holy spirit. You are busy one moment and the you’re on the ground and there’s no hurt or anything; there’s no soreness in your body. I myself don’t understand why I was used in that way by ancestral spirits … The only thing I can think of, which is what the head of Sahra confirmed, is that the river is talking through me; the ancestors are talking through me.

“Nature is expressing its burden, its burden, its weight, its pain through me. I and the person  who guides me in the river work that we do; he showed me that it was because we had started connecting with the river. With a few women, I had physically been going into the river, so really connecting with it. So we had opened up the memory: I was receiving the memory of the river, because water is memory. It is sacred because it carries the memory of divinity and history; it was about opening up the reconnection through the river.”

Climate change activist and business owner of Khoelife, Dr Yvette Abrahams, says: “The Two Rivers ecology has been severely impacted, almost to the point of collapse. The development will worsen this problem at the very time we need to be trying to solve it. Yes, ecological destruction creates jobs, but is it really the kind of [work] we want? And what kind of Khoesan would be complicit in a war against the planet? How is that consistent with our values as indigenous people?”

Princess Chantel Revell (Katz Korana) from the Western Cape First Nations Trust said: “The whole of Cape Town, in fact, the whole of South Africa, is sacred land. There has never been a heritage centre that we can call our own, that we can take our children to, especially in the Western Cape. Saartjie Baartman — there is only a stone over there that was put up on her grave.

“You go to Table Mountain and there you’ll get a board that says Hoerikwaggo — these people used to be there. If you look down on the Cape Flats, the descendants are scattered in dire poverty, they don’t benefit from it being the seventh natural wonder of the world. [There are] no proceedings recognising that this was their ancestors’ native land”.

Heritage practitioner Deidre Prins Solani comments: “We have not been very successful in our country in encouraging conversations that are difficult and painful. In fact, we tend to walk away from conversations like that or make decisions that are based on the loudest voices in the room. Sometimes we don’t recognise the voices of the protest, which is a very deep hurt in our society”.

Khoekhoegowab language activist and indigenous ritual resuscitator Bradlox Vans says this sacred site is “where the ritual archive could be manifested. The idea of maintaining the archive in a library or museum is very restrictive, because … there are many dimensions of the archive that can never be fully collected. In the past many things happened over there that are invisible to the naked eye. With this layering of histories as we perform our rituals on the banks of the Liesbeeck and Black rivers we are cognisant of the fact that we are engaging in these rituals in an age of resurgence, where stock was taken of what we have lost and still retained.”

Right now, indigenous people and their collaborators have divided opinions on how to define identity, economic freedom and environmental justice. The Two Rivers Urban Park connects to the Cape Flats Aquifer and all natural bodies of water leading to the ocean. This is inspired by legacies like the Battle of Salt River, the country’s first military engagement between the crew of a Portuguese fleet and the indigenous people of the Cape. The Portuguese would have colonised before the Dutch and English, but, because of first nation strength they decided to rather target Mozambique and Angola.

Regarding Census 2022, the government has included a digital system for online participation. However, LGBTQI+ and Khoena-San activists still battle with basic apartheid vs post-apartheid identity terminology boxes.

Article 19’s advocacy work on AI in the Global South, provided useful evidence on how algorithm-directed policing works at a city level, but also enabled the organisation to develop and test a unique, new, much-needed methodology for studying AI deployment in non-Western contexts.

Meanwhile, the department of basic education has moved ahead with the introduction of coding at South African schools. It also spearheads the development of a new history curriculum for 2024.

The next generation are being prepared for a global technocratic reality, requiring their urgent intervention. Now more than ever, the truthful narratives of their living and ancestral elders are also required to make sure that the interface between the past, present and future is synced to a reality that is intergenerationally respectful and beneficial.

The creative and cultural economy in Africa requires innovation that will no longer exploit the intellectual, spiritual and physical property of its people and sustainability, so that a digital transformation embraces fundamental dignity for all concerned.

This article was produced as part of a partnership between the M&G and the Goethe-Institut, focusing on sustainability and the arts