There were more than half a million fewer full-time jobs at the end of 2020 than in December 2019. This is according to Statistics South Africa’s (StatsSA) quarterly employment data, which shows that part-time employment also decreased in this period. The data excludes the informal business sector, agriculture, hunting, forestry, fishing and domestic services.

But the data suggests that employment recovery was driven by an increase in part-time employment. While part-time jobs increased by 87 000, 11 000 full-time jobs were lost between the two quarters. This was largely a result of employment losses in construction, manufacturing, business services, transport and mining.

But wages did recover by R18.6-billion between quarters. This is attributed to increases in community services, business services, trade, manufacturing, construction, transport, mining and electricity.

Covid-19 induced unprecedented job losses in South Africa and abroad. According to StatsSA’s most recent quarterly labour-force survey, which looks at jobs across all sectors, the unemployment rate reached 32.5% in the last months of 2020. This is the highest unemployment rate since the survey began in 2008. 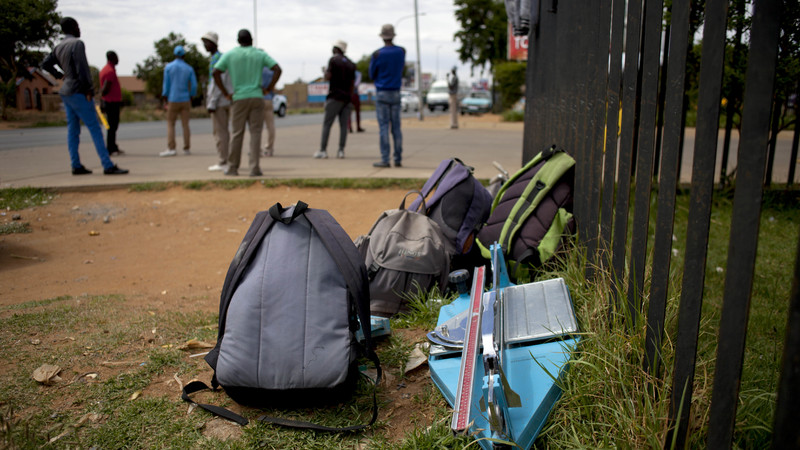 Despite earlier indications of South Africa’s economic recovery, there were still almost 1.4-million fewer people employed in the last quarter of 2020 than in the same period in 2019.

According to global data from the International Labour Organisation (ILO), in 2020 8.8% of global working hours were lost compared with the fourth quarter of 2019. This is the equivalent to 255-million full-time jobs.

The scale of pandemic-related working-hour losses were about four times greater than during the global financial crisis in 2009, the ILO noted.