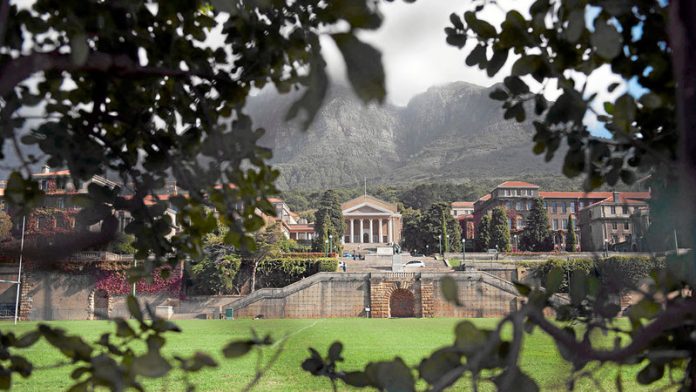 The controversial Stellenbosch University Sports Science article published last year about cognitive functioning of “coloured” women, sparked a wave of criticism against racialised science in South Africa. Incensed by the social harm that resulted, civil society, students and academics welcomed both the speedy retraction and corrective action in the form of symposia and publications to create heightened awareness of the negative effect of poor science on communities. The publication of Fault Lines: a primer on Race, Science and Society is a pivotal outcome.

Against this backdrop, it was extremely disappointing, especially amid the unprecedented global support for the Black Lives Matter movement, to see that yet another article, based on poor science with undertones of racial prejudice and confirmation bias, had been published. This time, by the flagship journal of the Academy of Science of South Africa.

Although this is a reasonable research question, the design and methodology employed undermine the scientific integrity of the study. A well-designed, qualitative study, conducted with authentic engagement of a relevant community of students, could have provided a rich and contextualised answer to this question, provided it was published, as a full article, with sensitivity to risks of potential social harm.

The quantitative method chosen for such a sensitive topic was short-sighted, as Professor Jonathan Jansen has already highlighted in his piece: Want to write about black people? Make very sure of your facts.  He went on to express concern about “a lesson that is not being learnt — that when white researchers embark on studies of black people’s behaviours it should be done with a healthy dose of self-awareness, intellectual humility and social caution”.

We are told that black South African students were interviewed together with “other” students — yet, from the article, it is unclear who “other” represents. And the study concludes that black South African students are less likely than “other” students to consider studying biological sciences based on materialist values (preferring more financially rewarding careers) and attitudes to local wildlife. That the South African Journal of Science (SAJS) took a considered decision to publish this research as a commentary is, in and of itself, concerning.

A cascade of abandoned responsibilities

Professor Nicoli Nattrass has attempted to defend herself in various ways. As a respected and seasoned academic from a prestigious university in South Africa, one would have expected more. Surely any accomplished researcher would have developed, by now, an understanding of the inextricably close relationship between science and ethics. Not only does this level of academic sensitivity form the basis of any research endeavour, it is foundational to any claim to academic freedom that carries with it immense responsibility.

Once again, equally concerning questions arise about the quality of the research ethics review.  Research Ethics Committees (RECs) accept responsibility for protection of the rights of research participants and society. They try to establish, first and foremost, that the research proposed is scientifically valid, and if that criterion is not met, the study is already unethical. This is because scientific rigour is an ethical imperative.

Approving a study of this nature, brings not only social harm to individuals and possibly whole communities, but reputational risk to academic institutions. Clearly, the research ethics review of this study calls for institutional investigation to establish what queries were generated by the committee, how the researcher responded to these queries and to what extent the publication deviates from the protocol submitted for approval.

If the South African Journal of Science decides not to retract this piece to conceal their own error in accepting a scientifically flawed article for publication in the first place, it means that Nattrass gets cited for all the wrong reasons because the science of her preliminary research is clearly flawed. There should be no academic reward in the form of publication or citations for poor science and disregard for research ethics.

Not only does this undermine the entire process used to evaluate academics by institutions, research funders and science organisations such as the National Research Foundation, it — more importantly — sets a poor example to the undergraduate and postgraduate students whom we teach and evaluate and junior academic staff whom we guide and mentor.

Clearly many questions are raised about publication ethics and the extent to which editorial boards are capacitated to take this into account. In the case of the SAJS, their decisions reflect negatively not only on the journal but also on the Academy of Science of South Africa and its 572 members who, by association, share the reputational risk.

Research is precariously positioned at the intersection of science and ethics and requires academics to carefully consider their work from the moment a research question is formulated through to research design, implementation and dissemination of results. Ensuring that research participants and the communities they represent are not further marginalised or stigmatised by academic activities lies at the heart of responsible conduct of research and scientific integrity. This should be a prominent consideration of research ethics committees, reviewers of scientific articles, editors and most importantly, academics themselves.

When research falls short on scientific validity and hence ethics, it cannot be supported or promoted. Those who have erred in publishing flawed science ought to take responsibility and do the right thing. Failure to do so sets us on a slippery slope to poor standards in scientific research, scientific publishing and public mistrust in academia and science.

Professor Keymanthri Moodley is the director of the Centre for Medical Ethics and Law at the Department of Medicine at Stellenbosch University. Views expressed are her own.

Keymanthri Moodley
Professor Keymanthri Moodley is the director of the Centre for Medical Ethics and Law at the Department of Medicine at Stellenbosch University. Views expressed are her own.
Facebook
Twitter
WhatsApp
Linkedin