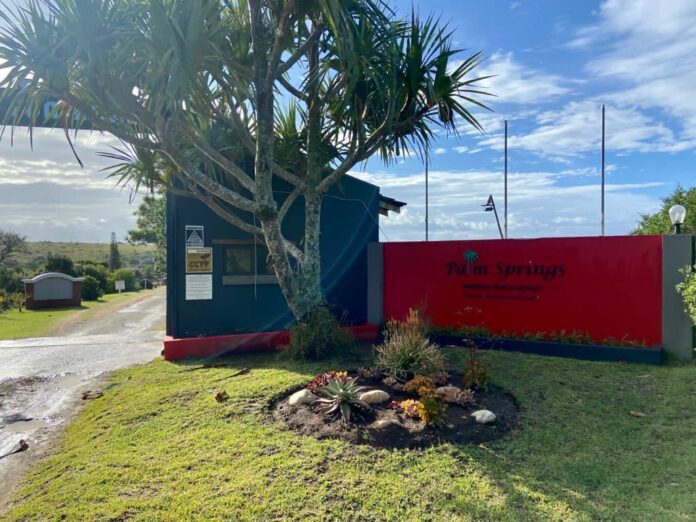 It was around 3pm on Thursday 29 April when Avethandwa Nokhangela’s mother received a call from an Equal Education (EE) official telling her that her daughter had drowned.

Yet it took four hours for the delegation to arrive at Avethandwa’s home to tell the family the full story of what had happened to their child, according to her aunt, Zanele Goda.

Avethandwa, 15, drowned two weeks ago while attending a leadership camp at Palm Springs Resort outside East London in the Eastern Cape. She was a grade 10 learner at Xolani High School in Qonce. She was buried on Saturday.

Equal Education is a membership-based community activist organisation that advocates for better education. Avethandwa was attending its annual leadership camp, whose stated purpose is “to nurture young activists, who were learning about critical thinking, politics, the economy and campaign strategies,” according to the EE statement on Avethandwa’s death.

“When the person from Equal Education said they were with the police, the mother asked why there were police and if her child had died. She became hysterical,” said Goda.

Goda took over the call and the EE representative told her that they had also called paramedics because Avethandwa had drowned.

“What troubled me was why they told us the news over the phone and did not come to the house, because that matter was very serious and sensitive for them to tell the mother over the phone,” said Goda.

After the phone call the family was left “confused, scared and numb”. Goda says they tried to call some of the children who had travelled with Avethandwa to the camp but could not get through to their phones.

“We waited with the hope that since they spoke of paramedics maybe the child was still alive.”

Goda then sent the NGO a message pleading that they must come to Avethandwa’s home to tell the family what had happened.

“That was the most painful part, I do not want to lie,” said Goda.

The delegation arrived at 7pm to explain that Avethandwa’s body had not been found. The general secretary of EE, Noncedo Madubedube, told the M&G last week that Avethandwa had been caught in a rip current when she was swimming. Divers could not reach her and her body was found on the beach the following day.

This week, Madubedube told the M&G that the organisation felt obliged to alert Avethandwa’s family immediately when the accident happened while divers were still looking for her body.

Madubedube would not be drawn on specific questions about why the EE staff allowed learners to swim at a beach without lifeguards, with signs that the place was dangerous, nor into the family’s allegation that only one adult looked after the 21 learners who had gone to swim on the day.

Madubedube said: “We are committed to ensuring that the investigations that are underway help us to better understand the details of how this horrible tragedy happened.”

The M&G also questioned why EE was being investigated by its sister organisation, Equal Education Law Centre, and how the conflict would be managed.

Madubedube said the Law Centre was bound by professional obligations as lawyers. Its role was fact-finding and documenting observations and its the report would be handed to an independent reviewer. The independent reviewer would assess the information, conduct their own investigations and make recommendations.

Meanwhile, a former EE employee who asked to remain anonymous told the M&G that the organisation stopped hosting camps for schoolchildren in 2017. There were safety concerns that needed to be addressed, the source alleged.

The source said parents signed a consent form for the learners to attend the camps.

“But an indemnity form does not absolve them from taking responsibility if something tragic like this happens. You do not sign an indemnity form to say even if my child dies it is fine. That is not how it works.”

However, Madubedube said the EE camps were held annually and had only been paused in 2020 because of Covid-19 lockdown restrictions.

She said the organisation did not need permission from the department of education to conduct its camps, nor from schools. She said parents gave the permission for their children to attend the camps.

“Learners have the right to be members of Equal Education and to take part in Equal Education activities and public actions (the right to freedom of association), and the permission of government departments is not a requirement,” she said, adding that this was in accordance with the South African Schools Act and the constitution.

However, the family of the vibrant 15-year-old who loved school and excelled there says someone must pay for what they see as negligence.

According to Goda, when EE staff told the family of the tragedy they said there was a lifeguard present but that the lifeguard was unable to save Avethandwa. Goda said when the family arrived at the resort they learned there were no lifeguards.

Goda said a groundsman told them when Avethandwa was drowning EE staff had called him to assist but he told them he was not a lifeguard and could not go into the water because the current was too strong.

“The groundsman also told us that the area where the children were swimming is dangerous. I asked if there were no warning signs and he said there were. When I asked the lady from Equal Education if they had not seen the signs she said, ‘Sorry, we saw them,’ but they did not pay attention to them,” said Goda.

Madubedube confirmed in a statement to the M&G last week that the beach does not have a lifeguard and that notices about a current are visible at the entrance to the beach.

Goda says she also learnt from the learners that 21 learners went swimming and only one person supervised them. She said the family could not understand how EE took children to swim at a beach without a lifeguard. If one had been present Avethandwa would have received help and would be alive. She says the organisation failed to follow basic safety measures.

“Andifuni kuphosisa sisi kubuhlungu (It’s so painful). They were negligent while in the care of so  many children. All those children did not know how to swim. But even people who can swim can drown.”

The camp was attended by 30 learners, who were all EE members,  from 19 schools in the Eastern Cape and they were accompanied by 10 staff members.