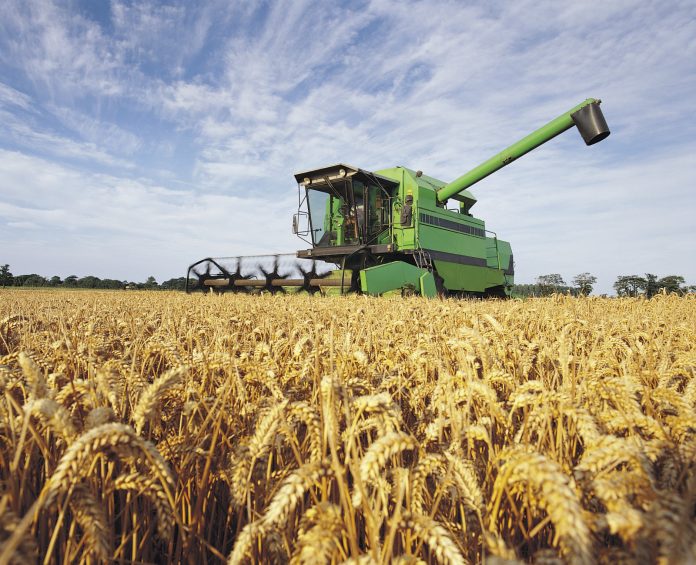 The war in Ukraine has highlighted many countries’ dependence, not only on Russian fossil fuels, but also on the massive wheat harvests that flow from the region.

Russia and Ukraine are the world’s first and fifth top wheat exporters, respectively, and together supply well over 20% of the staple globally.

Much ends up in the Middle East and Africa, including in Egypt, the world’s top wheat importer, which sources about 80% of its grain from Russia and Ukraine. The country is subsidising bread prices as costs skyrocket and supplies dwindle.

The grain shortage sparked by the war is also exacerbating an “unprecedented food emergency” this year in the Sahel and West Africa region, according to the UN’s World Food Program. Kenya, Somalia and much of Ethiopia are at risk of acute food insecurity.

To combat food insecurity, countries like Egypt are trying to bolster food independence by expanding domestic production. But wheat is also being planted in the Egyptian desert, even though that will demand more fertiliser and scarce water resources.

Common wheat has a shallow root system and is, therefore, more susceptible to drought. But providing around 20% of calories consumed by humans, this dominant hybrid grain is so popular because it is high yielding and creates a white flour that can be adapted endlessly into processed foods.

Wheat’s vulnerability to declining supply due to conflict and climate change has nonetheless spurred attempts to produce a greater diversity of resilient and sustainable grains that can be grown locally.

These include ancient or “heritage” species that are more climate adaptable and able to thrive in diverse conditions.

Here are four alternative grains that could help reduce our wheat dependence.

Before the rise of the so-called common wheat that is found in myriad forms on supermarket shelves around the globe, dozens of “heritage” grains were grown in diverse locations and soil and weather conditions.

Einkorn is one such resilient heritage grain which is an alternative to the wheat used to bake most of the world’s bread.

Dating back to neolithic times, einkorn is known as the “original wheat”. It is adaptable to diverse terrains and more resistant to disease than modern wheat. It also has 30% more protein, 15% less starch and less gluten than common commercial wheat. The grain is said to give baked goods a distinctly nutty flavour.

“Einkorn is unique because it has twice the minerals of other types of wheat – that’s crucial for nutrition,” said Friedrich Longin, an agricultural scientist at the University of Hohenheim in southern Germany. But while twice as nutritious as modern wheat, it has around half the yield.

Today, einkorn is grown in relatively small quantities in Austria, Germany and regions of Italy, Hungary and France, but it has the potential to be sown more widely due to its adaptability to poor and marginal soils. The ancient grain also has “exceptional disease resistance” compared to common wheat, according to one recent study.

Ancient “emmer” wheat is another heritage grain that could make a comeback in the face of the current grain crisis. With a higher yield than einkorn, Emperor Julius Caesar was a fan of emmer and ordered it to be grown throughout the Roman empire. Today, its key benefits are high climate resilience and resistance to disease.

One study carried out over 28 years in Israel showed breeds of wild emmer that experienced a temperature rise of two degrees over this period mutated to resist the changing climate.

The researchers concluded that more genetically diverse species of high-fibre emmer were “the best genetic hope” for improving on modern wheat strains which are vulnerable to climate change and disease.

While emmer was integral to bread-making in ancient Rome, today seeds are relatively scarce. However, flour from the grain, grown in mountainous regions across Europe, is being used again for baking in Switzerland and Italy, where it is also made into pasta.

One problem with common wheat is that it’s seasonal, meaning the plant dies after the harvest and has to be replanted every year. It also has a shallow root system that is not super effective at sequestering carbon deep underground.

As an antidote, a new perennial grain called Kernza has been developed by The Land Institute, a sustainable agriculture NGO based in the US state of Kansas.

A derivative of wheatgrass, Kernza’s roots grow to 3m, meaning the plant can sequester a lot of carbon from the air. Its long roots also maintain soil health by resisting erosion.

Perennial growth helps to build more biodiverse and drought-resistant soil, while also saving on the energy and resources required for annual replanting.

The hybrid grain, which has been developed over decades, is already being used by bakers, chefs and brewers across the US and Canada.

The Land Institute is calling Kernza a “change for the future, rooted in inherently regenerative, climate-smart agriculture”.

Four thousand acres of the wheat were grown in the US and Canada last year, up from 500 acres in 2019. In the midst of the global grain crisis, that number could be set to grow significantly.

Millet, a staple for hundreds of millions of people in Asia and Africa, also has high climate resilience, a short maturity period and low carbon emissions, according to Robert Onyeneke, an agricultural economist at the Alex Ekwueme Federal University in Nigeria.

The grain, which has many varieties, is adaptable to heat and drought, requires far less water than wheat, rice or maize and can be grown around the world, including in relatively poor soils. The importance of the grain, which is little consumed in the West, was underlined when the UN declared next year the International Year of Millets. With cultivation declining in many countries, the UN said “their potential to address climate change and food security is not being realised in full”.