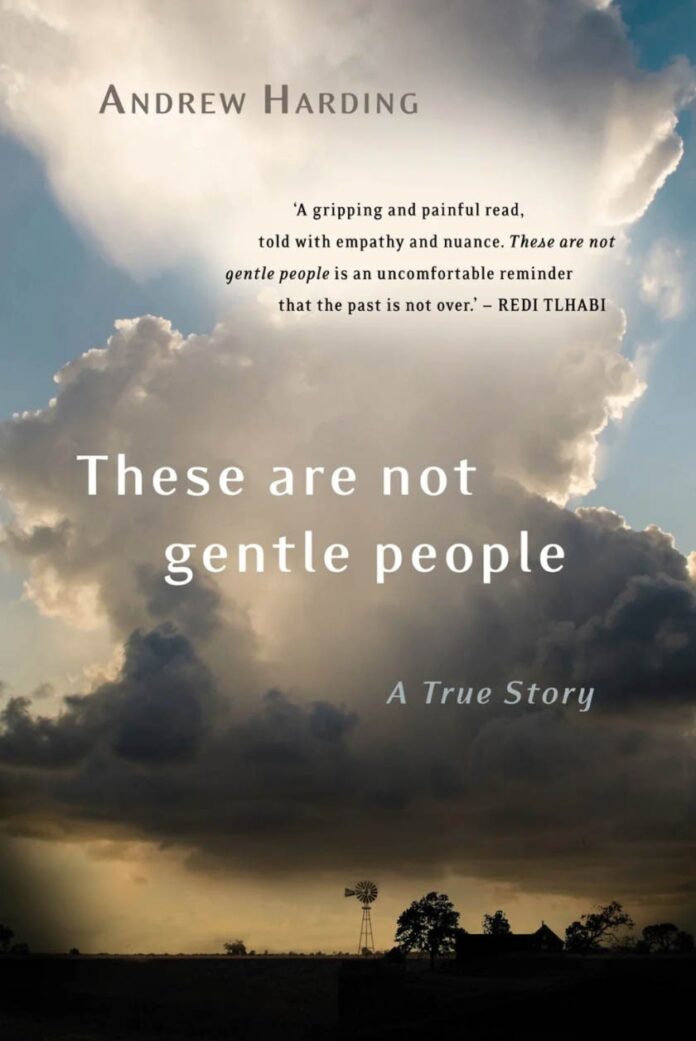 They ran as a pack. Sixteen feet pounding and scratching the hard earth, heading south, with the low sun picking them out like a spotlight. Dark silhouettes against the drought-bleached fields.

The white woman saw them first. They’re here. On the farm. They’re crossing our land. She could see five figures, two men and three lanky dogs, perhaps a little over 200m away, their long shadows flickering first against a water tank, then slowing and shrinking as the men ducked under a barbed-wire fence.

The woman stood near her small, rundown farmhouse, her back to the motorway and a mobile phone to her ear. She was a stout, straight-backed, unflappable woman, glad to see the end of this nonsense.

On the phone, she told the others to head towards the clump of blue gums at the southern edge of the property. They could corner them there. And the rest would follow.

Within minutes she saw the dust from two cars begin to converge, and then, as the word spread, more cars, and more clouds of dust turning pale orange in the fading light.

Samuel Tjixa watched his friend squeeze under the barbed wire, then did the same, trying not to tear his dark blue sweater.

The dogs made their own way through and soon they were running together again across an empty stretch of grazing land. It was hard to know if they’d been spotted yet. The old man had warned them there would be a chase.

They’d already covered 3km since leaving his farm, and it would be the same distance again, further even, to the motorway service station, which was just visible in the distance.

So they kept a steady pace, both men panting now, sweat clinging to their hair and darkening the back of Simon Jubeba’s orange T-shirt.

As for the old man’s dogs — skinny, languid greyhounds — they were just tagging along for the ride. Maybe they’d thought the two visitors were going rabbit hunting when they’d raced off so suddenly. Now they trotted, effortlessly, almost mockingly, alongside their new companions.

Simon was a gangly 29-year-old with arched eyebrows, a broad, flat nose, and a slight limp from an old football injury. Samuel was older, darker and slighter, with short dreadlocks.

The group ran, in silence, past a high-sided concrete water tank.

They could hear the steady creak of the wind pump and the cry of egrets rising from the pale grass. The tank was overflowing, turning the thirsty earth around it dark and muddy. Ahead was another rusting fence, then the trees, then a gentle slope towards the motorway station.

Suddenly, they heard the sound of a car’s engine, revving hard.

In fact, there were two cars bearing down on them. One lurching through the gate in the far corner of the field, nearest to the motorway. The other coming from the other direction. The vehicles roared towards them, shuddering across the rutted earth, swerving to avoid termite mounds.

The three hunting dogs skipped away as if they had already made other plans, and Simon and Samuel veered apart.

Seconds later, Samuel heard the squeal of brakes, then a door slamming shut, and someone shouting. The young white farmer was surprised to see the black man stop, almost immediately, and turn towards him. Samuel stood, panting hard, his shoulders slack, no attempt at eye contact, the fight gone out of him.

Fok. Okay. Now sit down. Right now. And put your hands behind your back. Don’t you bloody move.

Samuel, used to taking orders, did as the younger man told him.

About 30m ahead, Simon was still running towards the fence. If he could get over it perhaps the cars would have to go the long way around. He still had a chance.

The ground became rockier as he charged past the trees. There were rabbit holes, and a few grey logs hiding in the shade. He could hear someone behind him, heavy feet thumping the ground, catching up.

Then he felt a powerful blow to his waist and the tight grip of a rugby tackle hurling him forward and down. A fist smashed into the side of his face.

Someone sent a text message to tell the others. We’ve got the fucking k*****s.

By the time the police arrived, some three hours later, it was properly dark. The officers had driven out on the dirt road from Parys, under the motorway, up on to the faded ridge of an ancient crater, and then turned right at the crossroads beside the cathedral-like grain silos on Weiveld farm.

They’d stopped first at Loedie van der Westhuizen’s farm, Bulrush, to check in with their colleagues, who were already taking a statement from the old man and examining his injuries.

Then they went searching for the field, got lost, got lost again, eventually spotted a cluster of headlights and turned onto a threadbare pasture dotted with rocks and smooth termite mounds.

A couple of hours earlier the field had been like a carpark. Maybe 40 people gathered at the scene — farmers, friends, teenage sons. Now most of them had left, some calling ahead to tell their wives that it was all over, that Oom Loedie would be just fine, and that they’d be back for dinner after all.

The policemen’s flashlights picked out the trees, the fence, a few familiar faces, and a white pickup. They walked over and peered into the back of it.

Samuel and Simon were lying clumsily, like drunks sleeping it off. Simon was sprawled near the tailgate with his jeans around his knees, and Samuel in his blue sweater was slumped against the back of the driver’s cabin. Both were breathing in shallow, almost panicky gasps.

Even in the dark, and with their black skin, you could see the bruising, and the swollen faces.

Look what the fucking dogs did to them, someone muttered.

No one mentioned the rope, or the monkey-wrench, or the gun, or the knife, or the stick, or the whip, or the blood-stained boots. In fact, no one said much at all. It seemed simpler that way. There was no sense in pointing fingers. The important thing was that the old man was fine. You say nothing. You know nothing. You do nothing, one father told his son.

The night was warm and windless, with the moon a shrinking crescent. The motorway had fallen silent. The headlights of the last farmer’s car strummed the line of trees in the corner of the field, and then locked onto the speckled dust cloud of the departing police van bumping over the rough earth, carrying two limp bodies back to town.

This edited extract is the first chapter from ‘These Are Not Gentle People’ (Picador Africa) by Andrew Harding, the BBC correspondent in South Africa.

The landscape of meaning: mechanism and memory in depictions of disaster