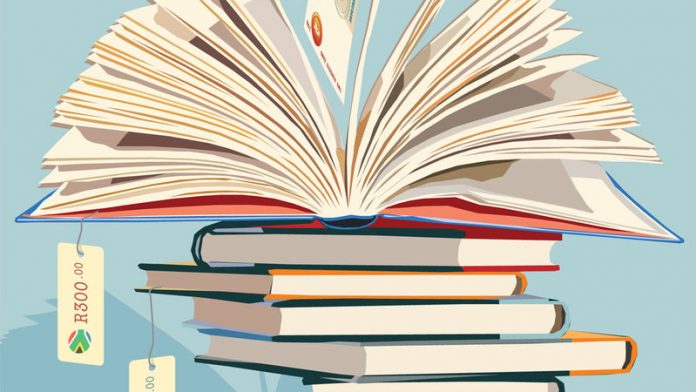 The Mail & Guardian asked a few of the regular contributors to the Thought Leader section to give us their views on the top three books they read this year. Here they are:

Ta-Nehisi Coates, Water Dancer
This is a fictionalised account of underground movement that sought to bring down slavery in the 1800s. It narrated through the eyes of of an illegitimate boy born into slavery who half-enjoyed the privileges of a slaver, but was also cast as a bastard who belonged among the downtrodden. He would later play a pivotal role in the subversive underground movement that was intricately constructed.

Brad Stulberg, The Practice of Groundedness
This work is written in an authentic voice and lives up to its title. It is an essential reading in these times of Covid-19 pandemic, which has had a major impact on well-being and relationships. Stulberg promotes a grounded life that is fully in the present, self-aware, patient and compassionate for self. This work also opens a window into the author’s own vulnerability as a coach on expertise and peak performance yet who descended into clinical depression. It is a work that brings the personal, the professional, and the philosophical to give us a rich perspective on living a grounded life.

Themba Maseko, For My Country
Themba Maseko was a senior government official who turned whistleblower, and whose testimony contributed to unearthing ways in which state capture was pursued by the Guptas. It is also a fascinating story about how the state works, and the tensions between politics and bureaucratic administration. This is a no-holds-barred work that is as critical of the failures of the Mbeki administration as is of Zuma’s. It inspires a deep sense of patriotism that is not about defending the government at all costs but about sowing seeds of truth for generations to come.

Brit Bennett, The Vanishing Half
This book tells how one of a light-skinned African American pair of twins chooses to play white. She lives with the fear of being uncovered, while her sister bears a black child, earning criticism in the racially homogenous, snobbish “coloured” town they grew up in. Bennett weaves their decisions into the effects it has on their daughters’ lives. The premise is not new but this 1950s story reminds us how differently being black is viewed in 2021.

Cho Nam-joo, Kim Jiyoung, Born 1982
The bestseller that has been described as the Korean #MeToo. It charts the unrelentingly difficult life of a woman Kim Jiyoung (the Korean equivalent of Jane Doe) trapped in a gender-skewed country with endemic sexism. Nam-joo uses current statistics of the unequal treatment of women as back-up, making the book feel textbook informative.

Sarah Winman, Still Life
A book about art and love and loss and life – which spans four decades in its glorious 450 pages. It’s a riveting read with two of the most likeable characters I’ve encountered in a long time: Ulysses Temper, named for a winning greyhound, and Evelyn Skinner, a 64-year-old art historian. It’s one of those delicious winding tales that takes you on a journey you’re sad is over when it ends.

Ziyanda Stuurman, Can We Be Safe: The Future of Policing in South Africa
Through meticulous research and accessible prose Stuurman reveals how public safety and security is profoundly linked to the distribution of power. Unravelling the history of policing in South Africa and the present form of the institution, the book constructs a rigorous argument for how the police work to oppressively manage those marginalised by our economic and political order. What makes the book memorable is that it not only launches piercing critique but calls for radical reforms of the criminal justice system. The book begs readers to realise that so long as our economic order serves a few, crime will continue to terrorise millions and safety will continue being a luxury very few can afford.

Pumla Dineo Gqola, Female Fear Factory
For some this book may be an unsettling read. It forces the reader to confront the violence women face, not as the actions of a few deranged men but rather as a leviathan machine which mass-produces fear in order to monitor, control and ultimately justify the use violence to severely restrain the autonomy of women. By demonstrating how male dominance has been and presently is contingent on certain economic conditions, political circumstances and cultural mythologies, Gqola also points towards a path of liberation, reminding us that patriarchal violence does not have to be the norm.

Erich Fromm, Marx’s Concept of Man
Karl Marx is a monumental figure within the social and political sciences who remains both controversial and at times grossly misunderstood by Western scholars. In this 1961 book, Fromm aims to bring clarity to the popular misunderstandings of Marxism. Specifically the book focuses on the humanism of Marxist theory, which seeks to overcome the dehumanisation caused by our predominant economic system: capitalism. Carefully explaining concepts such as historical materialism, alienation and ideology, the book argues for a Marxism that is not dogmatic or totalitarian. Instead it reminds us that Marxism remains one of the most enlightening theories on how capitalism functions and how it degrades the human soul.

Dikgang Moseneke, All Rise
This is well worth reading in the light of Zondo commission revelations. Though I was later to strongly disagree with his view that the 2021 municipal elections should be postponed, Justice Moseneke’s integrity and commitment to justice shines through his writing. I still believe he should have been Chief Justice and the fact that integrity ruled him out is a sad indictment of the Zuma years. While there is no doubt that he could have revealed more of the Zuma years if it weren’t for judicial discretion, he revealed enough to pique interest.

Mosilo Mothepu, Uncaptured
Mothepu reveals not only a lot of dirt in the days of deep state capture – the author was at Trillian and blew the whistle on Nenegate – but also the mental pain of a person targeted for silencing. She comes across as a rare gem: someone willing to put the good of society ahead of her own wellbeing. You can sit through hours of the Zondo commission but nothing personalises it as much as her account: the personalities, the betrayals, the outright greed.

Adrian Tchaikovsky, Children of Time
A foray into science fiction by a fantasy author. In a terraforming project gone wrong, spiders develop intelligence. The way beings with a totally different concept of communication and social hierarchy develop is not only fascinating in itself but a mirror on our own society, with gender roles reversed (female spiders no longer consider it totally civilised to kill and eat males, as things progress). There is also a thread of decline of humanity, trapped in a long-distance space voyage with declining technology. Unlike most SF, humans are not the most admirable actors. This is a book of many deep themes including religion and AI as well as social roles.

Athol Williams, Deep Collusion
Whistleblowers matter, and this book tells us why.

Qaanitah Hunter et al, Eight Days in July
It was a devastating time, and this book sheds light on what happened and why.

Brent Meersman, Rattling the Cage
Like an old-school essayist from a bygone era, the author guides the reader through the post-1994 years and helps explain how South Africa got to where it is now.