The Covid-19 third infection wave has already arrived — in three provinces between two and three weeks ago, according to top vaccinology researcher Professor Shabir Madhi, dean of the faculty of health sciences at the University of the Witwatersrand.

He says the third wave hit many parts of the Free State and Northern Cape three weeks ago and started in Gauteng less than a fortnight ago. That’s Madhi’s data-driven conclusion based on South Africa’s Covid-19 test positivity rate.

In stark contrast, three provinces heavily affected by the first and subsequent B.1351 variant wave between end-January and March this year — namely large parts of the Western Cape,  Eastern Cape and KwaZulu-Natal — are already getting off more lightly, probably inadvertently due to greater levels of immunity following natural infection.

Madhi disagrees with the national health department’s methodology of measuring resurgence at one-third of the peak of the previous infection wave, saying this “doesn’t make much epidemiological sense” as it could be heavily affected by testing rates.

He says that while there has been some increase in infections in the lesser-affected provinces, the severity of the previous two waves likely conferred significant community immunity, particularly when it comes to reducing risk for severe Covid-19.

“Unless there’s a further mutation of the virus, and particularly immune-evasive mutations, it’s likely that our third wave across the country will be less severe than the first two waves, certainly when it comes to hospitalisations and death,” he concludes.

Madhi says a seroprevalence survey conducted between November 2020 and mid-January 2021 before the peak of the second wave in Gauteng, showed huge variability — in comparison to past infections — ranging from 5.5% in Tshwane’s Region Four to 43% in Johannesburg’s inner city.

Because the survey was done two full months after the first wave, antibodies would have declined significantly, resulting in an underestimation of seroprevalence. This meant the two percentages were possibly twice as high.

Because of this variability, super-spreading events were more likely to occur in communities and sub-districts that had low infection rates in the past, Madhi added.

She argues that their inhabitants lack sufficient naturally acquired immunity from the second wave which ran from last October into early this year. An analysis by the South African National Blood Service of thousands of blood samples extrapolated to the entire population indicates that more than half of South Africans may have already acquired variant immunity — in spite of less than 1% of the population having been vaccinated.

No time for complacency

There’s little cause for complacency according to Gray and Professor Alex Welte, a researcher at the South African Centre for Epidemiological Modelling and Analysis. They cited third waves ravaging other countries with vaccination rates and seropositivity far higher than South Africa.

In Brazil where seropositivity was dominant at 70%, a third wave ravaged Amazonas State with infection rates climbing by 42.3% in the last week of April, overwhelming hospitals. Intensive care units in Amazonas State reached 63% capacity by 7 May, according to data from Fiocruz’s InfoGripe2 and the Amazonas health secretary.

Gray says people in some areas of the Free State, Mpumalanga, Limpopo and rural parts of KwaZulu-Natal where the variant did not hit or impacted far less, were at the greatest risk.

State of play after 400 days of South African lockdown 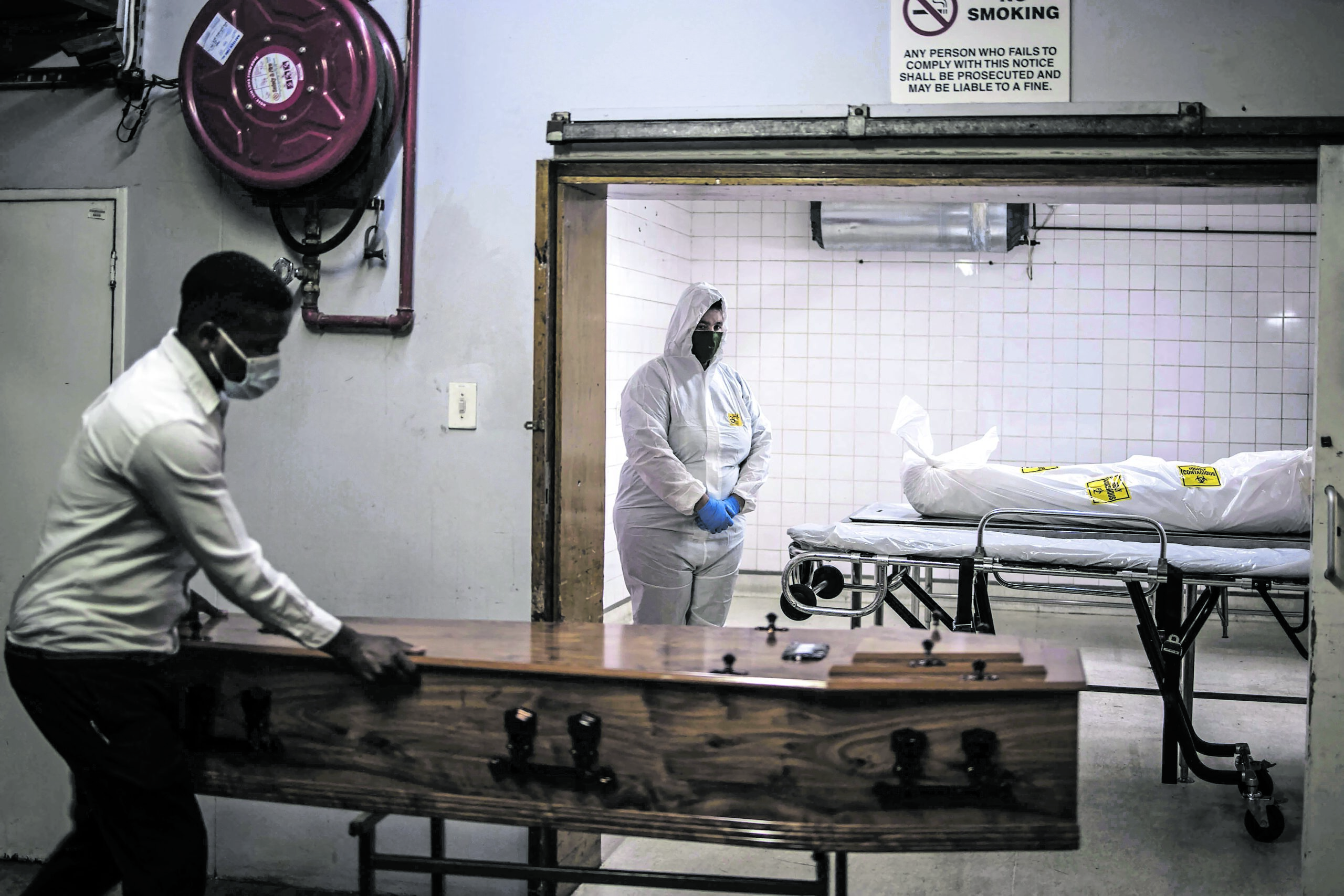 Gray adds that because the estimates have been wrong before, it is difficult to gauge the infection quantum with this third wave but whatever it looks like, it will cause death and hospitalisation and put the healthcare system under pressure.

“Even if it’s not as bad as the second wave, any deaths are bad. We can just hope that the high levels of exposure to Covid in both waves so far will help.”

Their warning comes as bottlenecks in vaccine supply seem certain.

Gray confirmed that the initial million doses of the single-shot Johnson and Johnson (J&J) vaccine ready for phase two distribution 10 days ago remained on pause as of 25 May at the Gqeberha “fill and finish’ vaccine factory. This follows the US Food and Drug Administration’s global freeze on J&J vaccine distribution after an isolated case of antigen contamination overseas.

South Africa is instead relying on the two-shot Pfizer vaccine arriving in weekly batches of 630 000 doses.

Gray described the situation faced by the “over 60s”, currently being targeted in the phase two roll-out as “tragic – they’ve literally been under house arrest since the beginning of the roll-out and their ability to engage and venture out was severely limited. They are incredibly vulnerable. But now with the roll-out hopefully we can help them to get some part of their lives back.”

Responding to complaints that many elderly people were receiving SMSes the night before they were due to report to a selected vaccination site, Gray said with vaccine stocks under such pressure, sites were hard put to notify people in good time.

New strain not a threat – yet

Professor Lucille Bloomberg of the National Institute for Communicable Diseases said infection with either the initial virus or its variant may not be fully protective against re-infection, adding that a few cases of the variant first detected in India had been detected in South Africa, though this was not yet a serious concern.

“We need to get the vaccines out fast. We should have moved faster earlier, but now it all needs to come together efficiently. Our vaccines are highly effective and very safe.”

She argues that though the Covid-19 positivity percentages are rising in several provinces it should be noted that a lot of testing was not done uniformly and quite a lot of antigen testing was not reported.

“So, I think the infection figures are way under-reported.