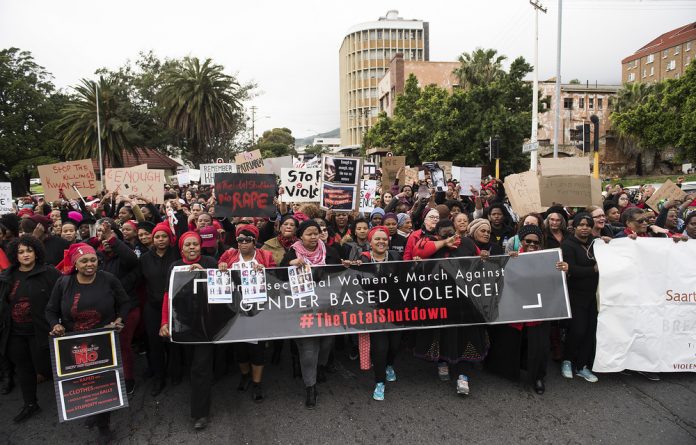 At the start of the Covid-19 pandemic, President Cyril Ramaphosa declared a second pandemic — gender-based violence (GBV) — and the government has now stepped up its response to this crisis.

The Gender-Based Violence and Femicide Response Fund, which was launched on Thursday, calls on the private sector to support the implementation of the National Strategic Plan on GBV and Femicide.

The plan is to run over 10 years and involves multiple sectors including civil society, religious organisations, the private sector, academic institutions and the government.

Irene Charnley, president of the International Women’s Forum South Africa, said the fund is a vehicle for private sector contributions. The purpose of the fund is to provide finances and the financial infrastructure required to implement the GBV plan. The fund would also facilitate operational and strategic cohesion between donors and the government and provide technical support.

Ramaphosa said the fund would be transparent and “governments and departments will be held accountable for the work they do”.

“With your [the private sector’s] financial support, we would be able to step up the national response to gender-based violence by expanding the scope of services at national, provincial and community levels.”

The government has, in a strained financial climate, allocated nearly R21-billion over three years to support the plan.

“We had to urgently divert some national resources to fight the Covid-19 pandemic. This has had an impact on our gender-based violence and femicide programmes,” Ramaphosa said.

Sibongile Ndashe, who has worked as a public interest lawyer for the past 15 years, said the money would strengthen the state’s capacity to respond to GBV and femicide.

“… the justice system is another service that must be prioritised. [And] strengthening and rolling out one-stop justice shops, like the Thuthuzela Care Centres that link vital support services to victims like counselling and medical support, investing in safe workplaces, child support and maintenance systems to address women’s economic vulnerability”.

She said it was also important to invest in research to improve understanding of GBV and femicide and ensure programmes are informed by evidence.

“These are some of the things you [private sector] will be contributing towards,” Ndashe said.The GBV plan was established after nationwide protests in 2018 that led to the Presidential Summit Against Gender-Based Violence and Femicide that same year.

From this summit a Gender-Based Violence and Femicide Declaration was formed. In March last year the cabinet approved the GBV plan.

In October last year, an invitation to nominate candidates for the board of trustees that would establish the National Council on Gender-Based Violence and Femicide was sent out.

The board has not yet been established, but Francina Mothobi, of the department of women, youth and persons with disabilities, did not know why this has not happened.