Was Judge Koen wrongly accused by the chief justice?

Chief Justice Mogoeng Mogoeng appears to have crucified the wrong judge in accusing him of being “extremely rude” and terrifying his superiors during what the head of South Africa’s judiciary described as “one of the most unfortunate meetings judges should ever have”.

However, records of the 2016 meeting Mogoeng refers to regarding KwaZulu-Natal High Court judge Piet Koen tell a different story. Mogoeng’s scathing remarks about Koen’s temperament — an essential part of a judge’s make-up and an important consideration when making appointments to the bench — came at the end of the latter’s interview for a position at the Supreme Court of Appeal in April this year.

During the 2021 interview, the chief justice accused Koen of behaviour “completely unbefitting of a judge” at the meeting five years ago, and condemned him for lacking collegiality and not treating people with respect.

At one point during the Judicial Service Commission (JSC) interview, the chief justice told Koen: “Now your [2016] comments in particular and I am putting it at the lightest possible level, were the most discourteous comments I’ve ever heard a judge make to his own colleague. I left the meeting deeply concerned about how KZN Judge President [Achmat] Jappie will ever be able to run a division like that. Deeply concerned. Well, let me only focus on you, how you treat advocates who appear before you. How you treat litigants and witnesses. How you treat members of the public in other words. I was shocked! I said to myself: ‘How did he become a judge?’”

The ultimately unsuccessful interview was conducted in Johannesburg by the JSC, which Mogoeng chairs and his comments may have been what stymied Koen’s chances of being appointed to the appellate court.

However, the Mail & Guardian has seen a transcript of the 2016 meeting Mogoeng refers to during Koen’s interview. The meeting was between judges of the KwaZulu-Natal division of the high court, Mogoeng and members of the Office of the Chief Justice (OCJ). It was called to discuss cost-cutting measures that appeared a fait accompli to KwaZulu-Natal judges.

A KwaZulu-Natal judge who was at the 2016 meeting said the “collective memory” of the judges present did not accord with the chief justice’s recollection of it — nor did he agree with the language Mogoeng used to describe Koen: “I don’t understand what would have prompted [Mogoeng’s comments]. If you have the transcript, you can see what transpired,” the judge said.

A former colleague of Koen’s described him as “a very good and hardworking judge”. Another said the Pietermaritzburg high court judge was “mild-mannered”. This has been apparent to television viewers watching Koen’s patient handling of former president Jacob Zuma’s “Stalingrad” approach to the arms-deal related charges of fraud, corruption and racketeering he is currently adjudicating. This week Koen was meant to start hearing Zuma’s application to have the National Prosecuting Authority’s Billy Downer removed as prosecutor, however, this case has been postponed until early September.

The M&G distributed the transcript of the meeting, together with comments by the chief justice from the JSC interview, to five lawyers for comparison and comment. There was consensus that Mogoeng’s comments appeared overblown and over-the-top.

One former judge described them as an “outrageous” attack on a colleague.

The Council for the Advancement of South Africa’s Constitution (Casac) has brought a high court application against the JSC challenging its April 2021 process which led to the nomination of five judges to fill two vacancies at the Constitutional Court.

Commenting on the transcript, Casac’s Lawson Naidoo said that while one couldn’t get a feel for the mood and tone of the meeting from the transcript, it did raise serious questions about Mogoeng’s judgment and motives: “Why did the chief justice sit on this all this time? Why did he not raise this matter six years ago, especially if he felt a judge had been acting in a manner which brought the judiciary into disrepute? The chief justice should have lodged a complaint with the JSC after the meeting, you can’t — especially as the head of the judiciary — just throw around these baseless allegations in public years later. This undermines the integrity of the judiciary and the judge in question.” 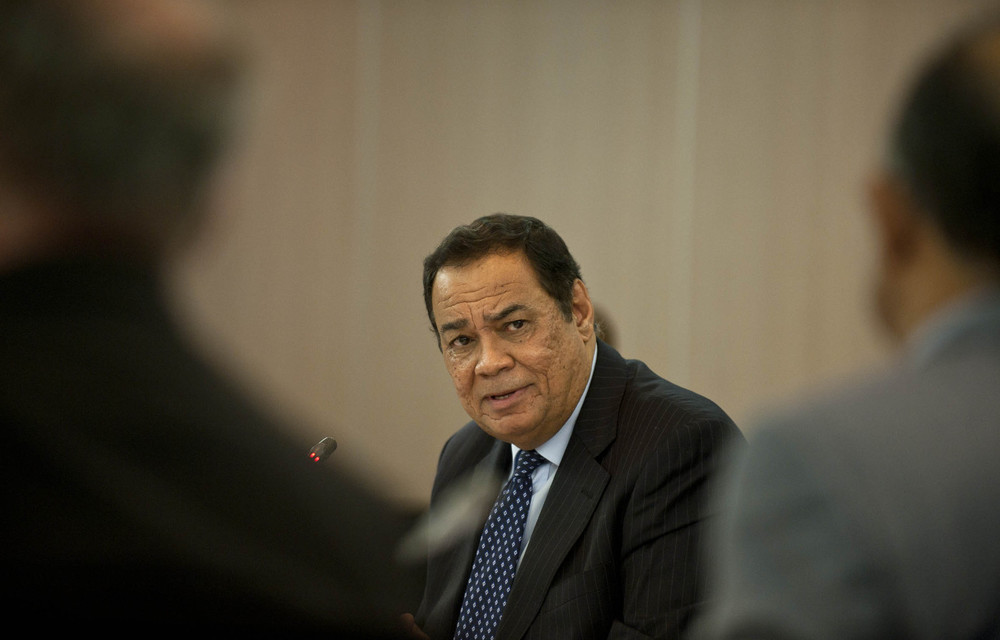 In a stinging rebuke of Koen in April that went on for over ten minutes, Mogoeng said the manner in which he had been addressed by Koen and two of his KwaZulu-Natal colleagues “had caused grave concern” to him.

Mogoeng said the three judges who were “leading in this most unprecedented way of communicating their concerns to another judge”  had caused “one of the worst experiences I ever thought judges are capable of in communicating with fellow judges”.

At the time of the interview, a perplexed Koen responded by first laying out the “context” for the meeting which included concerns by KwaZulu-Natal judges — which he personally did not agree with — that the cost-cutting directives from the OCJ were unconstitutional. They breached Section 176(3) of the Constitution which confirms that the “salaries, allowances and benefits of judges may not be reduced”.

The transcript suggests that the judges who were present at the meeting were not against the cost-cutting measures. However, they did feel the OCJ had adopted a “one-shoe-fits-all” approach that did not consider the province’s special circumstances, including judges having to go away for approximately five weeks at a time on circuit court duty.

In 2021 Koen told the JSC that at the time many judges had raised concerns about their spouses’ safety while they were away on circuit court duty, especially after one had been physically attacked by burglars.

The 2016 transcripts show that the judges had received a circular from labour court Judge President Basheer Wagley, in April, which outlined various belt-tightening measures and carried the caveat that these measures were optional.

However, a few weeks later the OCJ’s secretary general, Memme Sejosengwe, sent out another circular that did not carry Wagley’s rider which caused “ambiguity” among judges, Koen told the JSC this year.

In the 2016 meeting, Koen — tasked with engaging with the chief justice — told Mogoeng that Sejosengwe’s circular, in the eyes of his colleagues, “elevated [the resolutions] to the level of immutable rules” which had caused consternation among judges that they may be unconstitutional.

Mogoeng had concurred with the majority about the illegality of unilaterally changing employees’ terms of work. Koen described Mogoeng’s introductory remarks as “eloquent” and helpful in clearing up the confusion around the cost-cutting measures.

He had, however, described Sejosengwe’s circular as “ultra vires” (that the secretary general did not have the legal authority to finalise the cost-cutting measures in such a manner) which seemed to cause concern for Mogoeng, according to what the transcript later records.

After several other judges speak, Mogoeng is recorded as saying: “I thought it was a bit serious to say that about your colleague.”

In other parts of the transcription, there was agreement between Mogoeng and the KwaZulu-Natal judges that there should have been better communication about the cost-cutting. Mogoeng assures them that the OCJ will endeavour to do better. Koen noted that the chief justice “very kindly invited”  the KwaZulu-Natal judges to return the wording of the OCJ circular to the original meaning contained in Wagley’s circular.

When Mogoeng accused Koen of rudeness and a lack of collegiality the KwaZulu-Natal judge, stated that he had read the transcript and said: “I respectfully submit that the contents thereof were not intended to be rude. But perception is important. And if it was construed as such I am very saddened and I apologise unreservedly.”

Mogoeng’s apparently scatter-gun treatment of some candidates at the JSC in April this year has led to criticism and litigation.

In an unprecedented move, 82 members of the KwaZulu-Natal Society of Advocates released, in their personal capacities, a statement critical of Mogoeng’s treatment of Koen, and his colleague Judge Dhaya Pillay during the interviews. During a much-criticised JSC interview for a position at the Constitutional Court Pillay appeared to be ambushed by Mogoeng about her relationship with former finance minister Pravin Gordhan. The KwaZulu-Natal advocates had been critical of the “unfortunate manner” in which the two judges were treated by the JSC.

Casac’s Naidoo, meanwhile, said the Koen matter had parallels with their application because there were similarly “egregious” attacks on Judge Pillay and Gordhan: “Our case concerns what are the relevant questions to be asked when determining fitness and proprietary of people to be appointed as judges. In the last round of JSC interviews, one gets the sense that irrelevant questions aiming to settle scores and play politics have taken precedence over a rigorous examination of candidates’ suitability.”

OCJ spokesperson Nathi Mncube had not responded to questions sent on 9 August at the time of publishing. These included a request for clarity from Mogoeng as to where in the transcript he located Koen’s allegedly abominable behaviour.