President Cyril Ramaphosa has again commended courageous whistleblowers who took to the stand at the commission of inquiry into state capture. He received part one of Acting Chief Justice Raymond Zondo’s report on Tuesday, 4 January.

“I wish to thank the many people who gave evidence before the commission, and the whistleblowers who spoke out against wrongdoing, sometimes at great risk and cost to themselves,” he said during a briefing about the report.

The “great risk and cost” to some of these whistleblowers was from the very same state-owned entities (SOEs) — their employers — against whom they blew the whistle.

The preliminary report recommends that the government establish what would be called the Public Procurement Anti-Corruption Agency. The agency must accept information from whistleblowers, develop reports and formulate measures for whistleblower protection and incentivisation.

The first report highlights how whistleblower channels may have been abused for spurious reasons. Former SAA chairperson Dudu Myeni, for example, may have in fact fabricated whistleblower reports in a bid to target, through suspension or dismissal, employees with whom she was unhappy.

SAA’s general manager for human resources Thuli Mpshe testified at the commission that she received a call from Wayne Duvenage from community activist organisation Outa, who explained that former SAA executive Yakhe Kwinana confessed to him that she would meet Myeni over coffee to go over false whistleblower reports against employees she wanted out of the state airline.

However, Kwinana denied this meeting during cross-examination at the commission, despite audio and transcripts proving the contrary. The first report, however, concludes that Kwinana made the disclosure to Outa in 2016, “without doubt”.

Former group treasurer at SAA Cynthia Stimpel has written a book about her ordeal as an SAA whistleblower. She was suspended and lost her job for making copies of a dodgy deal between the airline and BnP Capital in the absence of due process and against her specific instructions not to sign the deal. The copies were meant to be part of a meeting with the national treasury after she alerted the department. She was also charged for using the treasury’s whistleblower platform, and not SAA’s, to report the irregularity.

According to the commission’s first report, Stimpel testified that there were multiple postponements in the disciplinary hearing against her which resulted in her accepting a settlement.

As a result of Stimpel’s actions, SAA canned the BnP deal and charged the officials responsible for it. Her reward for saving the state R256-million? Early retirement without certain benefits.

“Whistleblowers like Ms Stimpel are the final defence against corruption and state capture taking hold in SOEs. Without people like her, who are willing to resist the pressures being applied on them to bend the rules, the chances that these illegal activities at SOEs will be exposed, reduces considerably,” reads the report.

The draining fight for Prasa whistleblowers

Stimpel’s journey may have concluded more or less amicably but SAA’s culture of victimising whistleblowers and those who acted against state capture is mirrored at other SOEs that have been tarnished by corruption and mismanagement, such as the Passenger Rail Agency of South Africa (Prasa).

Whistleblowers at Prasa have meanwhile turned to the Commission for Conciliation, Mediation and Arbitration (CCMA) to stop the state enterprise from pursuing charges against them on the grounds of “occupational detriment”.

Martha Ngoye, the suspended head of legal risk and compliance and Tiro Holele, general manager for strategy, instructed their lawyers to approach the CCMA for an order to stay their disciplinary proceedings under the Protected Disclosures Act (PDA). The appeal to the CCMA is also based on the premise that the final state capture report should determine whether the charges still stand.

This is the final push for Holele and Ngoye, who are facing several disciplinary charges by Prasa, some related to the same matters on which they blew the whistle, both at the commission and in various court cases.

On 24 December 2021 the CCMA made a condonation ruling in the pair’s favour, which allowed a late application on the grounds of the “applicants’ prospects of success and the importance of the issues at hand”.

The matter has now been referred for conciliation and arbitration, which could put it back in the labour court.

In the application Ngoye and Holele argue that they were physically, emotionally and financially drained because of the legal proceedings against them. In November 2021, Ngoye and Holele began exploring their legal recourse and approached various entities for assistance until Haffegee Roskam Savage Attorneys came to their rescue. This was another reason for their late reply.

Prasa is pursuing charges against the pair for their testimony at the Zondo commission and other legal proceedings. It appears that Prasa is charging the former head of legal risk and compliance for the very cases she pursued during her time at Prasa, and which she testified about, and which led to the cancellation of irregular contracts and the recovery of millions.

Ngoye led the victory against the company for delivering locomotives that were too tall for the country’s rail infrastructure.

Both she and Holele testified on the Swifambo deal at the Zondo commission.

The now-liquidated Swifambo Rail — a front company for Spain-based ​​Vossloh España — owes Transnet R2.5-billion of the R3-billion contract that was set aside by a court over corruption.

In 2016, the Mail & Guardian reported that the company at the centre of one of the biggest tender scandals in the country was pleading poverty in the face of a R2.6-billion lawsuit.

The commission subpoenaed them and others to give evidence on corruption at Prasa. 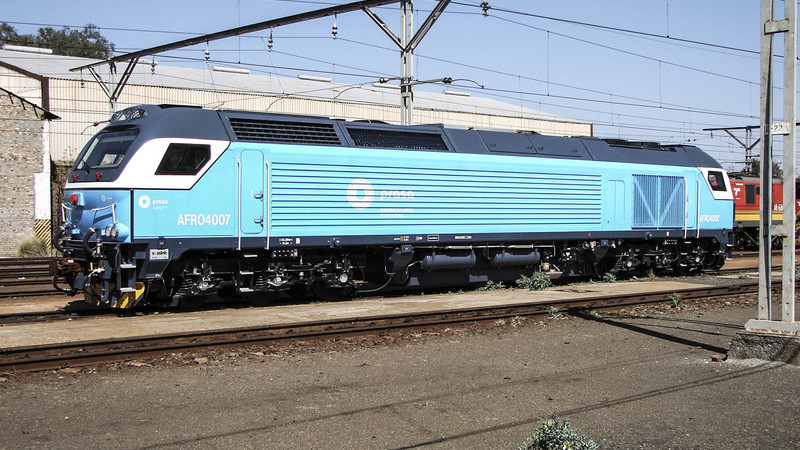 Holele refuted testimony by former Prasa chairperson Lucky Montana and said that he was central to the irregular R3.5-billion deal and suggested that he was deliberately circumvented when it was approved. He was chairperson of the committee while Ngoye was a member.

Despite the fact that a refusal to appear before Zondo would have resulted in a contempt of court charge against the suspended executives — as with former president Jacob Zuma who is serving six months on medical parole for refusing to testify at the commission — the pair are charged for their evidence before the commission.

Holele and Ngoye told the Special Investigating Unit that they were not present at a bid evaluation committee meeting that Prasa claims approved the Swifambo deal ahead of the board. Prasa is, however, charging Ngoye for allegedly removing documents related to the meeting from their offices, which ultimately interfered with the investigation.

The amended charge sheet seen by the Mail & Guardian refers to a transcription of Ngoye’s exchange with Zondo and charges her for bringing the Prasa board into disrepute.

The charge sheet also includes other elements of her testimony before the Zondo commission. It quotes her affidavit, which states that her dismissal was unlawful and related directly to her work in fighting corruption and state capture at Prasa. At the time, Ngoye was fighting her dismissal at the labour court.

“When I first came to the commission, it was after a number of attempts to unlawfully push me out of Prasa for spurious reasons had failed,” she said.

Ngoye and general manager of group legal services Fani Dingiswayo testified at the commission that they were dismissed by Montana for trying to prevent maladministration, and alleged corruption under Montana’s watch at Prasa.

Her submission at the commission also included an affidavit on the protection of whistleblowers.

In the court papers before the CCMA, Prasa submitted that among other things, there are no statements made about the current board (at the Zondo commission) that qualifies as a protected disclosure.

The judge, the big payout and the dodgy service provider 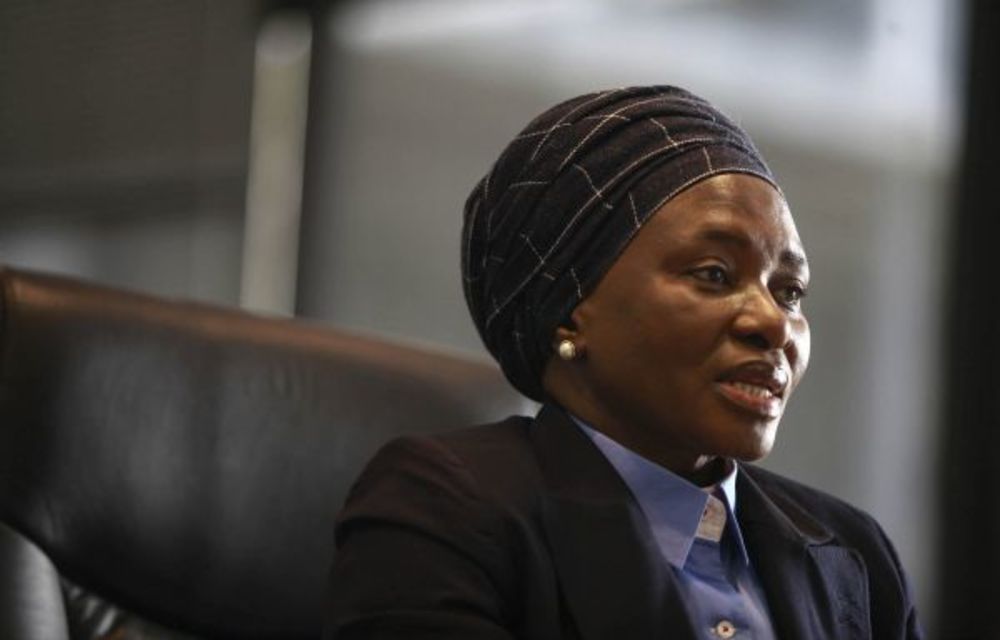 Prasa also argued that all the members of the bid evaluation committee and the corporate tender committee who are still in the employment of Prasa have been suspended and subjected to disciplinary action in relation to their roles in the Swifambo tender.

However Ngoye and Holele face further charges relating to their submissions to the labour court and, in Ngoye’s case, the SA Fence and Gate contract, unlawful removal of documents and obstructing investigations.

An arbitrator ruling vindicated Ngoye in February last year when it ordered SA Fence and Gate to pay back R45-million it received from Prasa. This was among the cases that Ngoye herself, as head of legal, pursued against the company.

In a bizarre twist in August, Prasa lodged a case to sue Ngoye for the R45-million, and not the actual contractor, despite the arbitrator finding that as acting group chief executive at the time, she was authorised to approve the contract without the board and that she was responsible for Prasa’s legal team winning its legal bid against the company.

Although a labour court ruling overturned their and fellow executive Nkosinathi Khena’s dismissal, they have not been allowed to return to work. The three were first dismissed for remaining in their positions beyond an alleged five-year contract term, without any evidence. They were again served with suspension letters on their return in April 2021, which led to another court bid that again ordered Prasa to reinstate the trio.

In March 2021, the Active Citizens Movement wrote to the Zondo commission to amend the Protected Disclosures Act (2000). The letter said that whistleblowers were intimidated, harassed and sidelined, while some were subjected to disciplinary hearings or criminal charges. In most cases, it said charges were frivolous and the process was designed to intimidate and wear the whistleblower out.

“Without exception, every single whistleblower has had to defend themselves in litigation with limited or no funds. By contrast, their opponent [employer] has had unlimited access to legal representation, funded by the state or the company.”

Chairperson Pops Rampersad described the commission’s work as a mammoth and unenviable task and welcomed the recommendation that “a fixed percentage of monies recovered” as a result of whistleblower evidence, be awarded to the whistleblower, provided that information disclosed by them has been material in recovering looted cash. “We support the institution of a properly administered whistleblower fund for this purpose, preferably by a retired judicial officer,” he told the M&G.

Rampersad lauded former public protector Thuli Madonsela for recommending the setting-up of the commission in her State of Capture report as well as Justice Zondo and his team.