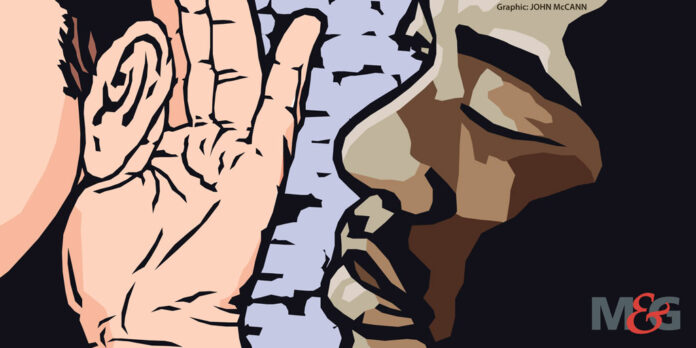 My first explicit memory of directly experiencing anti-black racism was in the first week of high school. Schools had only been racially desegregated the year before, and so the idea of cross-racial contact between children was still something of an experiment on the eve of democracy.

I was always top of my class at St Mary’s Primary, a school for “coloured” children, and all I knew was that I did well academically, and teachers had always affirmed my curiosity. Yes, I was a teacher’s pet. In one of my grades, I used to visit my teacher — Mrs Mager — in the afternoons at her house, and was delighted when she sometimes let me help her mark the tests of other children after she had marked mine, and seen I had full marks.

At Graeme College, however, any association of my skin colour with academic prowess appeared foreign to my new classmates, who came from every walk of life.

I will never forget a bunch of boys laughing at me during break time, after asking me what primary school I had gone to, and me naming the school and adding, being already competitive, that I had been top of my class at the end of primary school. One boy, Daniel, laughed out loud and proceeded to mock me for thinking that being top at a coloured school means anything.

To add to the challenge, I failed English as a first language in my first term at Graeme College, because the transition from Afrikaans to English proved to be exceedingly difficult for many of us.

Fortunately, I am hypercompetitive, and within no time I was consistently one of the top two pupils in my year, and left school with the highest marks in my cohort, and one of the highest in my province.

I relished my A-grade for English (the only English A-grade that year) as a “Fuck you!” to monolingual English boys who had mocked me at the start of high school. That is how much racism distracts. It robs you of uncomplicated joy.

But achievement is never enough for racists. They keep moving the goalposts. Racism works in such a way that victims and survivors of racism can never satisfy them. You work your butt off to be excellent at cricket and, after becoming “the first black” to spearhead the bowling squad, racists shift the goalposts by demanding black people prove “they have what it take” to be top order batsmen, as if there is no sophistication involved in the business of taking wickets as a brilliant bowler.

Take as another example of goalpost-shifting the experiences of Professor Mamokgethi Phakeng when she was announced as the vice-chancellor of University of Cape Town.

This brilliant, inspirational, hardworking and, yes, gorgeous activist vice-chancellor was bound to irk those for whom she represents anything but their personal idea of a vice-chancellor, let alone a UCT one.

Suddenly, her doctoral studies in mathematical education were deemed by some bigots to not be good enough. It is not “real maths”. What they did not have the guts to own up to is that even if Phakeng had five doctoral degrees from Ivy League institutions in pure and applied maths, they would have found some reason to oppose her because the mere fact of her existence in “their” institution was, for them, an existential affront. Hegemonic groups in exclusionary institutions do not want those institutions to be changed, let alone radically changed.

They want to avoid coming across as bigoted, so they conceal their intolerance by playing several games.

There is a spectrum of “racisms” in the world that do not get enough attention and should be exposed.

Yet, many self-styled allies in the fight against anti-black racism have deep work to do on themselves but do not always recognise this while performing their virtue-signalling.

Let me sketch an instance of this. Many allies are obsessed — like John, one of my radio listeners last week — with asking us all to speak less about problems and more about solutions.

No victim of racism is short of ideas about what we should do. But solution-speak is easy. The hard work for anyone serious about eliminating racism is to sit through a painful conversation — during which their white privilege is muted — and listen to the effect of racism on the lives of black people.

Healing is not throwing at us solutions — solutions that you cannot be deeply committed to if you are telling us now about them but had them last week and last year and chose silence because no one was making you uncomfortable with their stories about the effect of racism.

You reduce the odds of an anti-racism plan achieving its desired outcomes if you bypass the psychological work. Yet many white allies, who purport to be on the frontlines of the fight against racism, run away from emotionally uncomfortable conversations with black friends.

Somehow the fact of always having had black friends seem to imbue some white allies with a sense of superiority over both covert racists and their black friends, whom they end up condescending to even as they nominally utter such virtuous words as “I want to learn, please help me understand some more, because I know I am not perfect.”

Don’t get me wrong. I am not suggesting that anything a progressive person does is inherently unwelcome, unhelpful and unproductive. But the global focus on racism at present gives us a chance to reject simplistic analyses, including the fiction of thinking that unless you are as brazenly racist as United States President Donald Trump or a murderous racist cop, you are pretty much okay.

The more complex range of prejudices means that often those who pretend to be fully literate on issues of racism have learned how to smile — like Hillary Clinton, the Democrat who hoped to beat Trump in his presidential bid. The notion of being centrist or centre-left or explicitly egalitarian in your ideological self-description becomes a cover for many to get away with not-so-subtle racism.

I have no doubt that the boys at school with me would be enormously hurt by my recollections, if I expanded on them more fully, of how they had used race to injure many of us.

Just as one of the most liberal teachers at my school asked a black boy what he “must have” done to justify being called “kaffir” by one of his classmates.

That teacher, if confronted with this story now, is more likely to have convenient amnesia than to self-examine his racism. Because white English liberal teachers, especially if they teach English literature, cannot imagine themselves to be on a continuum with a National Party-voting Afrikaner racist, who did not want to see the NP choosing a path to democracy from 1992 to 1994.

We are so obsessed with sustaining a view of our individual selves as fundamentally decent that we seldom examine ourselves fully because self-examination requires a moral bravery that is in short supply.

Hungry for change: An open letter to African governments