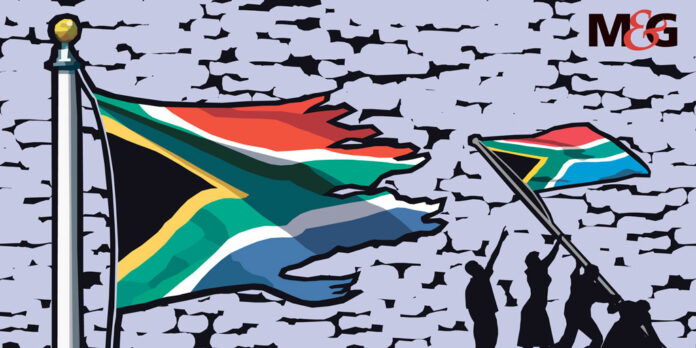 Amid the post-voting low, most citizens may have missed the fuming statement from the Automobile Association (AA), which questioned the timing of the release on fuel price hikes initially scheduled for 28 October. In the scathing response, the AA first reminded the public that prices are typically announced on the last Friday of the month during working hours to provide consumers and businesses time to plan for the month ahead. Why then, the AA asked, did the department of minerals and energy announce fuel price increases a few minutes before polls closed on election day?

Detailing the major implications of the four-day-late release, the AA did not mince words, stating: “It is difficult to conclude otherwise than that this bad news was deliberately suppressed to protect the incumbent government.”

The AA may have been stating the obvious, but when nations start normalising institutional chaos, the obvious is always worth stating. The association was right, of course, the Monday night fuel hike announcement was more than unusual, it was a desperate attempt to influence voters.

A futile move as well, because with a registered voter turnout rate of 46%, with many black and poor people choosing to abstain from elections, voters had already made up their minds.

The behaviour of the ANC on the eve of what was arguably a quasi-referendum on its leadership, demonstrated that it cannot be trusted to treat public institutions with integrity.

An Afrobarometer study released last year found that in mid-2018, only a little over half of South Africans still thought democracy was preferable to any other form of government, the lowest level of support for the institution in the 34 African countries in the survey.

While the proportion of South Africans who still valued elections was at 61%, this was still a 16-percentage point decline from 2015. Overall, between 2011 to 2018, satisfaction with democracy in South Africa had declined from 60% to 42%.

While we talk of democracy often, we do not often pay attention to the complexities of maintaining a thriving one. While it has long been established that assessing the strength of a democracy based on procedural aspects such as free and fair elections is insufficient to understand the levels of democracy, understanding the factors that lead to support and satisfaction with democracy is equally complex.

The public’s support is crucial in sustaining democratic order. But democracy is complicated. Support for democracy depends, in part, on the performance of that democracy. In other words, citizens support a democracy based on economic and political progress. The better the personal circumstances of a citizen over time, the more likely they are to support democracy.

Author Samuel Cohn argues that an effective government is a critical pillar to the rise of a society and thus, the most common cause for societal decline is the loss of government effectiveness. This loss could be due to incompetence, or political divisions, but often it is because of a loss of revenues. Revenues, according to Cohn, are government nutrition without which it can be pushed towards corruption and decline.

Prolonged corruption and under-investment in key infrastructure have depressed economic growth in South Africa. In the last decade, the average economic growth rate has been in decline, moving from just over 3% in 2010 to just above 0% in 2019. In that same period inflation has consistently beaten the growth rate. In 2010 it was at 4.26% while in 2019 it was at 4.13%.

In the past decade or so, the capture of state resources by the elite — particularly at local government level — has significantly reduced the state’s capacity to deliver to communities.

In the 2019-20 financial year, only 27 of the 257 municipalities in South Africa received a clean audit. Service delivery protests have been one of the main ways in which disaffected citizens have demonstrated their frustration with the slow pace of progress.

At a national level, under-investment goes beyond Eskom. In a meeting of the portfolio committee of home affairs in May last year, parliamentarians raised grave concerns at the reduction of the goods and services budget for the Electoral Commission of South Africa. Chief electoral officerSy Mamabolo told the committee that the institution’s budget was not sufficient to cover key renewal programmes meant to safeguard the integrity of the elections.

Earlier in the same year, the Statistics Council, which advises Statistics South Africa, issued a strong statement warning that a 2015 R160-billion cut and job freeze, which had remained in place, had led to a 20% vacancy rate that was making it impossible for the agency to do its job.

The governing party likes to remind us that 300 years of colonial and apartheid rule has a profound impact on the social and economic state of present-day society, but, though still partly true, is no longer sufficient to explain the state of our society. The current state of decline is largely due to post-apartheid institutional neglect.

Though this is a young democracy, all these results tell us that it’s not just the ANC that is in decline, but democracy itself. I am not arguing that the success of a democratic dispensation in South Africa is intertwined with that of the ANC’s, but rather that the ANC’s disproportionate influence in South Africa’s governance has had disastrous consequences for democracy. To save democratic institutions in South Africa requires a strong decoupling from the ANC. But that might not be enough.

Signs of decline are everywhere and have dire consequences for the sustainability of a democracy. To arrest this trend and build trust in the system, institutions must be turned around immediately.

But while the old is dying, the new cannot be born. It cannot be born in a society in which social actors have opted to hold all-or-nothing stances on public policy issues.

Public discourse, particularly on public policy, is arguably at its most polarised since the late 1990s. Some recent examples of this are the discussions on the basic income grant, Eskom, and renewable energy.

Public policy institutions, meant to lead societal discussions, are now opting to hold round-table discussions with friends, limiting invitations to those economists, analysts and professionals aligned to those institutions. As those who are left outside find innovative ways to grow communities of like-minded activists to drive change, polarisation rises.

While the ANC may not have the will to transform itself and the institutions it leads, other social actors are also not demonstrating the capacity for the kind of good-faith engagements required to move us all forward, with or without the ANC.

As we move away from ANC hegemony towards true and deep multiparty democracy, flexibility within the confines of constitutionalism will be the only way forward.

The economy cannot return to rewarding those lucky enough to enter the knowledge economy while punishing the under-educated. But many South Africans are demonstrating a tendency towards conservatism.

A thriving democracy makes space for divergent views, but more importantly, it makes space for the implementation of policies that work so that more people over time can live a decent life.

This old order is dying but a thriving democracy can be reborn. Such a democracy makes space for divergent views within the boundaries of its constitution but, more importantly, it makes space for implementation.

Zama Ndlovu is a social activist, columnist, communicator and author of A Bad Black’s Manifesto