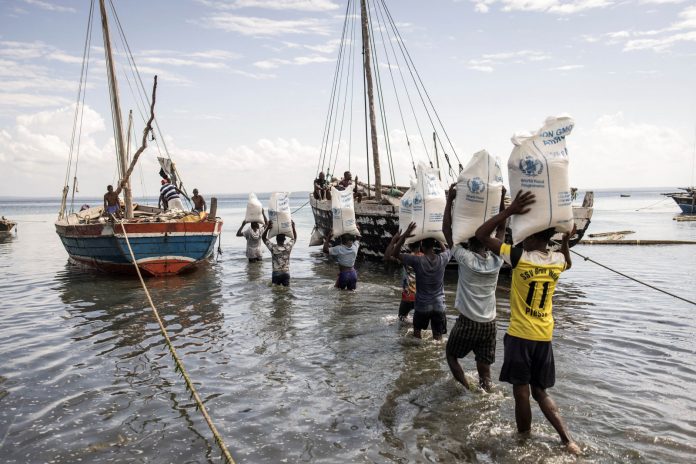 South African Development Community (SADC) leaders have just approved a new approach to the military intervention in Mozambique. They approved the transition from the current scenario six, which requires rapid deployment capacity, to scenario five, that is the use of a multidimensional force — with a robust mandate.

The decision was taken at a virtual meeting on 12 April under the banner of the Extraordinary Summit of the Organ Troika of the Heads of State and Government of the Southern African Development Community plus the SADC Mission in Mozambique (Samim), Personnel Contributing Countries (PCCs) and the Republic of Mozambique.

What does this change of approach actually mean on the battleground?

The scenarios that drive SADC’s approach to conflicts are drawn from the African Union Peace Support Operations (AU PSO), whose doctrine is based on six mission scenarios, according to an AU document.

The fifth scenario, which is the one now to be the basis for the SADC Mission in Mozambique, is the use of the AU peacekeeping force for complex, multidimensional peacekeeping missions, including those involving low-level spoilers.

The final scenario, which is the one behind SADC’s intervention in Mozambique prior to the 12 April summit, comprises AU intervention where the international community does not act promptly or where it requires the AU to act on its behalf, such as in genocide or humanitarian crises for example. This scenario requires a rapid deployment of robust military forces in a period of 14 days.

The AU establishes 30 days as  the deployment time for each of these scenarios. In the case of Mozambique, SADC deployed its mission months after the crisis had begun, because Mozambique was reluctant to have SADC troops fighting on its soil, favouring private military companies such as the Russian Wagner Group and the South African Dyck Advisory Group — and later on the Rwandan forces, based on a bilateral agreement.

What seems to have informed SADC’s new approach to the conflict in Mozambique is the need to enhance and consolidate the achievements made by the SADC Mission in Mozambique on the ground.

The new approach might reflect a mission more focused on consolidating the territorial gains obtained so far, coupled with more involvement in humanitarian actions, although still capable of conducting robust military operations when required or under attack. SADC’s commitment to what it calls a “robust” military presence could finally be made possible after it secured financial support from the European Union, channelled through AU mechanisms.

Mozambique’s government has been claiming that the combined efforts by the SADC Mission in Mozambique, the Rwandan Defence Forces and Mozambique’s Defence Forces have led to the group no longer controlling any portion of the country’s territory, confining its actions to desperate sporadic attacks, mostly on civilian populations.

Rumours point to growing internal frictions among the insurgents, with parts of its membership calling for submission to the authorities and the more radical ones calling for a “wait-and-see” strategy, because they believe the foreign troops would eventually have to hand over responsibilities to the Mozambican army.

Because the insurgents on the ground are still capable of running low-scale guerrilla operations, the SADC Mission in Mozambique’s new approach may result in Mozambican troops having even more direct combat roles on the ground. For this purpose, Mozambique has been preparing itself through specific military anti-terrorist training provided by the United States and the EU, and through its own efforts in expanding its army combative readiness. President Filipe Nyusi has already undertaken a number of diplomatic missions looking for financial support for the Mozambican army, as it prepares to take over.

It is expected that the Rwandan troops will also expand their direct engagements with the insurgents, together with the Mozambican forces, while also ensuring that the areas surrounding the $20-billion Total Energies gas business are well guarded. This will pave the way for the Mozambican government, Rwanda, Total Energies and many others’ much awaited enabling of resumption of the French giant’s gas operations in Palma — with South Africa reaching an agreement in March to buy gas from Mozambique — in what is seen by observers as the hidden mandate of the Rwandan Defence Forces in Mozambique.

But SADC’s assumption that the current phase of the war in Cabo Delgado implies a strategy more oriented to consolidation of gains contradicts some reports from observers on the ground. The Rwandan Defence Forces have been commended for its “bravery” by engaging directly with the insurgents, but the SADC Mission in Mozambique troops and the Mozambican army have been accused of avoiding direct combat contact with the insurgents.

According to the independent media in Mozambique, this has been the reason behind some elements of the Islamist rebels escaping to the neighbouring province of Niassa, and still being capable of running low-level offensives on their way to and from Niassa.

Whether these guerrilla tactics can be resolved by SADC’s newly adopted approach in Mozambique, only the future will reveal. What seems to be certain is a more peacebuilding humanitarian approach, paving the way for Mozambique to implement its reconstruction plan for Cabo Delgado locally while the Mozambican army assumes direct combat responsibilities and the Rwandan military enables the peaceful beginning of the highly profitable extractive operations.

Fredson Guilengue works for the regional office of the Rosa Luxemburg Stiftung in Johannesburg. The views expressed are those of the author and do not necessarily reflect the official policy or position of the Mail & Guardian.