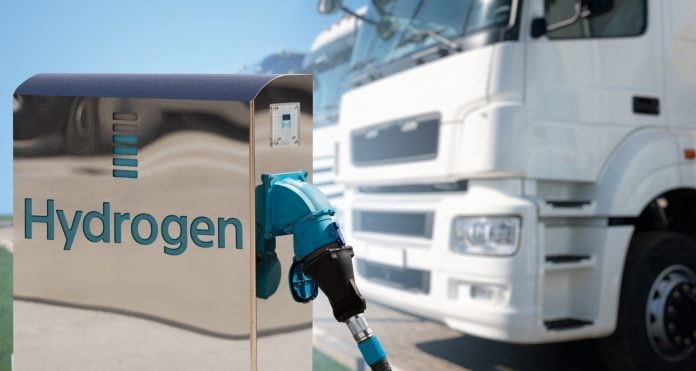 Repeating history from hundreds of years ago, coastal resource hubs in Africa could once again become vital, globally strategic ports for the biggest players in the world economy. This time, however, the opportunity is born out of the rapidly escalating global energy crisis. The world is at an energy crossroads — global fossil fuel supply continues to be disrupted by the Russia-Ukraine war, driving up the cost of goods worldwide and plunging global supply chains and inflation into chaos.

Meanwhile, more large industries, including global shipping and aviation, are committing to net zero. This convergence of events is presenting Africa, and South Africa specifically, with an unmissable opportunity to become a global production hub and refuelling station for green hydrogen and other green fuels.

Hydrogen can be extracted in numerous ways, including from natural gas or coal using steam methane or gasification. Carbon-neutral hydrogen energy, produced using renewable energy, now has a key role to play in cutting greenhouse gas emissions for many industries, including the long-haul transport industries. To date, the ability of green hydrogen products to take off as a major global fuel source has been hampered by the comparative cost. Its success requires many parts and players to come together.

Africa, and South Africa specifically, however, need to be undaunted by this challenge in order to grab one of the biggest opportunities for the region as the global green economy of the future emerges.

The urgent challenge that South Africa faces is how to launch its hydrogen industry with the right government support and enough private capital and knowhow.

It needs to take a number of critical steps quickly in order to beat its challenger markets in the global green hydrogen race. It has the right resources (including some of the best solar and wind resources in the world) but the fact is that if South Africa does not act fast enough, it could be pipped to the post by Chile, Egypt and other coastal countries.

Similar to South Africa, these countries have the space to establish hydrogen ports as well as burgeoning wind, solar and hydro industries, which are critical for the clean, consistent and cost-effective production of green hydrogen and derived products such as green ammonia and e-ethanol. Proximity and strategy around access to key markets and offtake will be critical to launch the industry.

It is encouraging to see South Africa has already developed a Hydrogen Roadmap, and that the presidency plans to play a coordinating role across the government with respect to green hydrogen because of its multisectoral implications. It is also exciting to see that South Africa is already working on its first giga hydrogen project at Boegoebaai, Port Nolloth.

Sasol is leading the feasibility studies at Boegoebaai and has signed a memorandum of agreement with the Northern Cape Development Agency in this regard. If the detailed feasibility study that is underway is successful, many pieces of a very complex puzzle need to come together.

For one, it will require the construction of substantial infrastructure in the form of a port (including desalination and other shared infrastructure), processing facilities and a pipeline to create a “green corridor” to major industrial areas. Even if this project does everything “right”, it will take a significant period of time.

To unlock the wider South African hydrogen industry other regional industries will need to be involved.

The ideal early South African adopter industries for green hydrogen and derived products are the automotive industry, the agriculture sector for green ammonia fertiliser production, the mining sector for hydrogen-powered mining trucks (as has been piloted by Anglo American), as well as the transport industry for trucks and buses. We need to enable these industries to adopt hydrogen through supportive legislation and policies, attractive incentives for investors and customers (“offtakers”) and a much more rapidly liberalised energy sector.

The reality is that the macro environment needs to be conducive to the production of hydrogen. We need a greater societal commitment to meeting net zero targets, fossil fuels need to be phased out, and we need enough excess renewables with which to power the production of green hydrogen, in addition to being part of the rebuilding and transition of our ailing power sector.

We also won’t be able to establish a viable and sustainable hydrogen market in South Africa before the reliable storage and transportation of hydrogen becomes possible. Once the right infrastructure has been established, and we can get our production volumes up, ships and planes could refuel with green hydrogen products in South Africa. Only then can the country start positioning itself as a reliable hydrogen exporter to key markets like Europe. The cost and proximity to the European markets means areas such as North Africa are in prime position to be first movers to export to these markets, with other African markets to follow.

Another very important key to transitioning our industries to hydrogen is the creation of a financeable hydrogen market. Financiers want assurances that there are reliable contracts in place with reliable offtakers, such as large multinational companies with deep pockets, urgent needs, and clear strategies and timelines for hydrogen adoption.

Shipping could become one such key offtaker for African hydrogen. Many of the big shipping companies have already announced their net zero targets for 2030 or 2040 and hydrogen would be a key element in achieving that. Many of them are already working on solutions to replace liquefied natural gas (LNG) and other fossil fuels to meet their future fuel needs.

The private sector must take the development lead

For any hydrogen project to succeed, you ideally need one lead developer from the private sector to take responsibility for all the physical pieces of the puzzle, whether they are outsourced or not.

First you need desalination or purification plants for water, then renewable energy for power, processing plants for hydrogen and all its related products and, finally, the infrastructure to store and move the hydrogen which includes ports, terminals, silos and pipelines.

In particular, the development of ports and other key infrastructure and its interface with the remainder of the value chain will be critical to create a reliable route to market.

In South Africa, it is unrealistic to expect that the government will have the resources to launch and run all these elements by itself. Internationally, hydrogen hubs cost upwards of $5-billion to establish. In South Africa, government-built hydrogen ports are unlikely, because the funds don’t exist, therefore, privately funded and operated industrial ports similar to the Richards Bay Coal Terminal, with terminals and bunkering, will become necessary for the launch of a fledgling hydrogen industry.

These are lessons learnt from other industries, including the development and financing of the LNG industry. Apart from having an experienced and knowledgeable lead on a hydrogen project, LNG case studies also tell us that consortia of investors are required. Within a project, each investor might have its own allocated responsibilities based on the know-how and value-add that they can bring to the contract. Together, they can form formidable alliances which can power the industry forward much faster than public or public-private initiatives can.

Of course, if you have various investors working together you will gain traction faster but you will also have some conflicts of interest between the various investors, because each will want to maximise the profit on its side of the table. But, ultimately, if those projects are to go forward, everyone will have to be on the same page and maintain a holistic view to achieve collective success.

Financing is key in order to launch the industry but the appetite of the banks to fund hydrogen projects remains to be seen. Hydrogen projects will require a significant amount of investment, meaning commercial banks on their own (particularly in a new sector) might not have sufficient appetite or liquidity for the long-term funding required, therefore, export credit agencies and development banks will probably also have major roles to play in the financing of the industry.

With so many pieces of the puzzle required to come together, it is probable that we will see many big players joining forces with competitors in order to fill in the gaps and bring together the required know-how. Interesting alliances between investors, financiers and other players are likely to emerge in the near future as we see the hydrogen industry taking off. In Africa, we will see this happening across many different jurisdictions.

The South African government needs to act fast if it wants the country to become a serious global contender in the hydrogen race. So many divergent factors are coming together right now to create this window of opportunity. We must not delay if we want to become a serious player in the newly reorganised, hydrogen-powered world economy of the future.

Alexandra Clüver
Alexandra Clüver, a partner in international law firm Allen & Overy’s project team, advises both domestic and multinational clients on the development and financing of projects in the energy, infrastructure and oil and gas sectors in South Africa and sub-Saharan Africa.