Ace Magashule has upped the stakes in his hand-to-hand battle with President Cyril Ramaphosa by filing high court papers asking that his suspension as ANC secretary general be struck down — but the letter of suspension he sent the president in retaliation be ruled valid.

In a notice of motion filed to the high court in Johannesburg on Thursday, Magashule said he would bring an application asking that the ANC’s step-aside resolution be declared “unlawful, unconstitutional, invalid and null”.

Third, he wants the court to lift his suspension as secretary general and restore all his rights in the party that he held until 5 May — the date when the letter of suspension was served on him.

Magashule listed Ramaphosa, ANC deputy secretary general Jessie Duarte and the ANC as the first, second and third respondents respectively and gave them until 2pm today (14 May) to indicate if they will oppose the relief he seeks.

On Friday afternoon Duarte told the M&G: “Our legal team is looking at the papers.”

Should the respondents oppose Magashule asks that they file their answering affidavits by next Thursday. 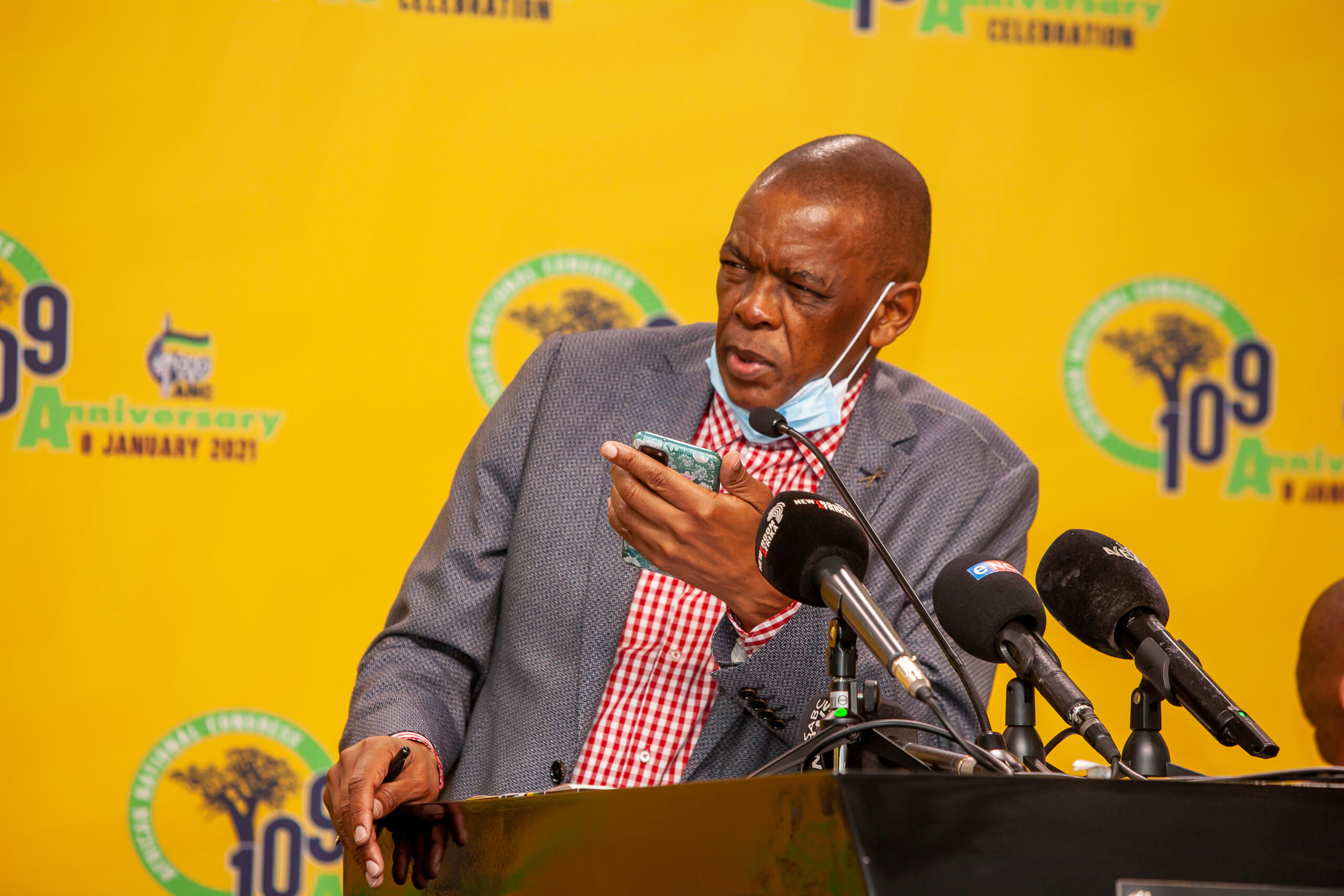 Magashule risks expulsion from the ruling party for refusing an instruction that he apologise for unilaterally sending Ramaphosa a letter of suspension, which came just hours after Duarte formally informed him of his own suspension.

He wants the court to declare that his attempt to suspend the president “is valid and effective until lawfully nullified”.

In his founding affidavit, he warns that his falling out with fellow leaders of the ANC was not a mundane organisational dispute, but a politically lethal battle between himself and Ramaphosa with consequences for the country because Ramaphosa is also the state president.

“Upon reflection, and bearing in mind the position of the ANC as the custodian of the state and ruling party for 27 years since the advent of democracy in South Africa, it will be clearer that the attendant crisis in the ANC spells a crisis for all South Africans, whether or not they support or vote for the ANC.”

Magashule said the current dispute had its roots in events that took place before the ANC’s 2017 conference where Ramaphosa was elected to succeed Jacob Zuma as party leader.

He stated that it was an open secret that the conference was “a very tightly contested affair” between the CR and NDZ factions, and accused Ramaphosa of having failed dismally to reconcile the two.

“Save for a few opportunistic individuals who were leading lights in the NDZ [Nkosazana Dlamini Zuma] faction but who turned to the CR [Cyril Ramaphosa] faction in the realistic hope of securing ministerial positions, the factions have remained intact and operate on the basis of mutual distrust and suspicion of each other.”

He said the remarks by former president Thabo Mbeki and national executive committee members Dakota Legoete and Stanley Mathabatha at the committee’s fractious meeting last weekend underscored this, and attached transcripts of their leaked interventions to his court papers.

He was doing so, Magashule said, because these were “truly reflective of the current state of the ANC, which is precarious to say the least”.

The problem, and the reason for his removal, he argued was that the renewal campaign Ramaphosa was leading was a front for factionalism, and the aim was to remove him from his powerful position to ensure the president’s re-election as party leader at the next elective conference in 2022.

He stressed that the position of secretary general was pivotal to the smooth running of an elective conference, and could even “potentially determine its outcome”.

Magashule suggested that it was with this in mind that Ramaphosa and his supporters sought to sideline him, and were using his indictment on corruption last year to do so.

“It is therefore not surprising that the dominant CR faction … will stop at nothing in their quest to capture the office of the secretary general”.

He reiterated that the charges, stemming from the asbestos audit the Free State government undertook while he was premier of the province, were frivolous but allowed his foes in the party to tailor-make a new step-aside regime in the past six months that was aimed at dislodging him.

The tweaked rules were unconstitutional, selective and intended to further divide the party, he wrote.

He said they are selective in that they now restrict the need to stand aside only to those who have been formally charged and exclude hundreds — in his estimation — of party members who are accused of, or reported to be involved in, corrupt activities. Under the original stand-aside rules, he argued, these too would have been affected. 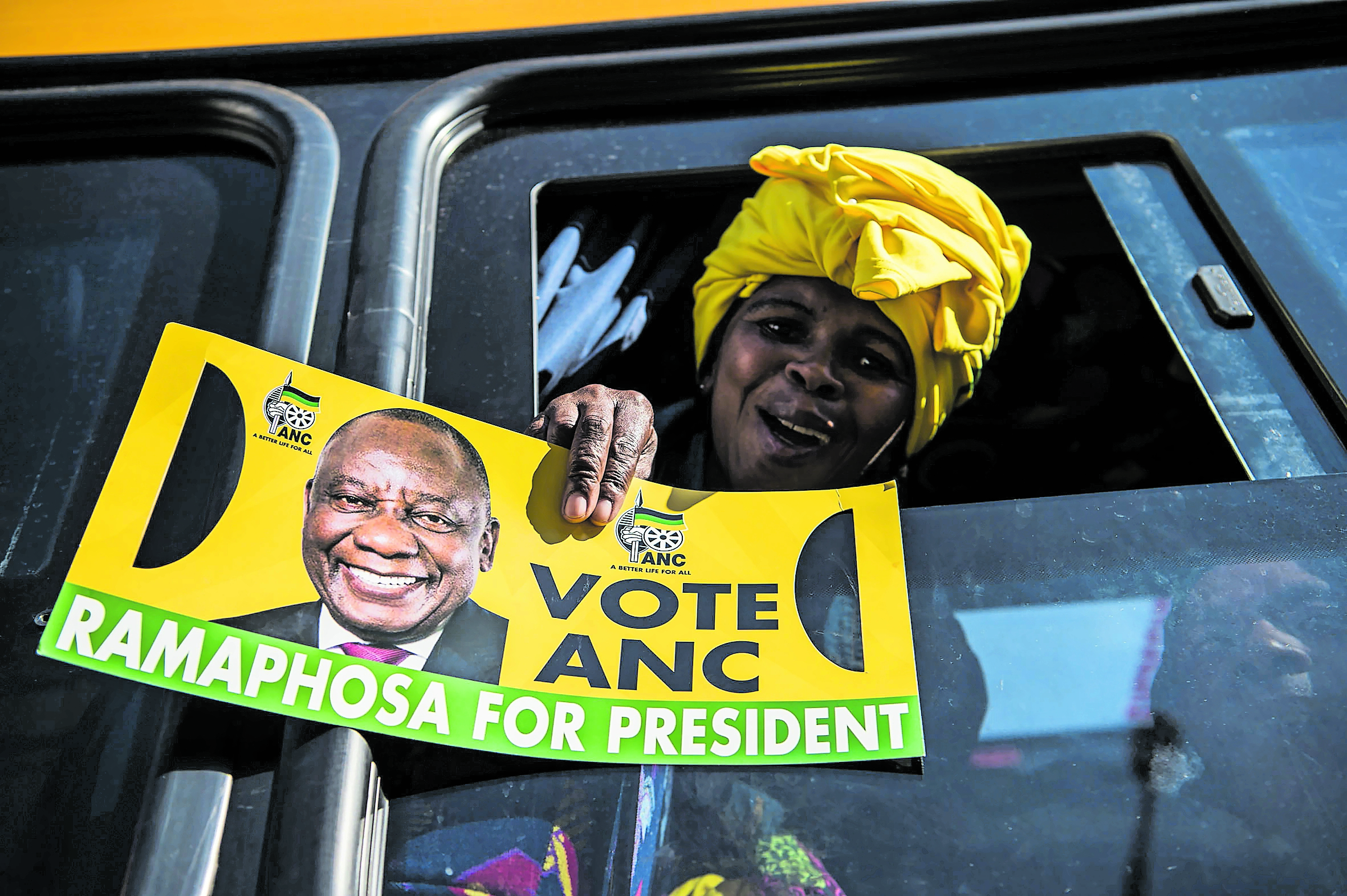 It is widely believed that Magashule’s faction was behind the laying of fraud and theft charges against Ramaphosa in February, precisely to allow him to argue that should he be forced to step aside, so should the president.

But any indictment of the president on the charges based on the testimony of former Transnet chief Brian Molefe before the Zondo commission is far-fetched, hence Magashule has to rely on the original guidelines. His legal strategy is that these are lawful and therefore so is his notice of suspension to Ramaphosa.

His own suspension, he argues, rests on the new guidelines, and must be set aside because these are unconstitutional.

Moreover, the revised rule effectively allows the National Prosecuting Authority to decide who in the ruling party should step aside or face suspension.

“By amending the resolution to be limited to those who have been formally charged, the application of the step aside rule has been mortgaged to the National Prosecuting Authority, which is not a structure of the ANC.”

He warned that this was dangerous, because, arguably, those who “captured” the NPA would be able to cling to power.

Magashule asked that his application be heard on 1 June or as close to that date as possible.

Magashule vs Ramaphosa and Duarte by Mail and Guardian on Scribd