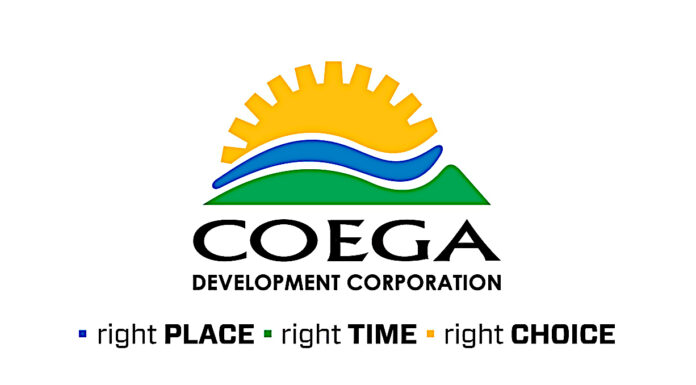 The Coega Development Corporation (CDC), developer and operator of the Coega Special Economic Zone (SEZ), announced that it welcomes the move by Transnet National Ports Authority (TNPA) to relocate its head office to the Port of Ngqura.

“It’s a much-welcomed move and one the CDC looks forward to with keen interest, bearing in mind the symbiotic economic enabling relationship the CDC and Port of Ngqura have enjoyed over a long period of time,” remarks Dr Ayanda Vilakazi, CDC Unit Head of Marketing, Brand & Communications.

“We see this decision of the TNPA as showing the commitment to be closer to clients, ensure unblocking of projects, and also facilitate further the competitiveness of ports, impacting positively on the various port users,” adds Vilakazi.

“TNPA provides the assurance that there are adequate, affordable, equitable and efficient port services and facilities available to the users of the ports. In addition, TNPA provides high levels of service and increasing efficiency for a growing customer base, enhancing South Africa’s global competitiveness and facilitating the expansion of the South African economy through socially and environmentally sustainable port development,” says  Vilakazi.

With the establishment of the Coega Project in 1999, the Port of Ngqura has added tremendous value to the Coega SEZ due to its strategic location. The relocation of the head office to Port of Ngqura is a critical enabler in tapping into the raw potential of the Eastern Cape (EC) economy, its role in improving the overall competitiveness of South Africa, and unlocking opportunities in the coastal regions, further realising the country’s strategy on the Oceans Economy.

The Coega SEZ sees itself as a crucial linkage to the Port of Ngqura, and the symbiotic on-the-ground experience will be of benefit to the rest of the TNPA staff located here, as part of ongoing programmes to improve the competitiveness of the South African ports.

“It is worth mentioning that there are various national strategic projects on which we are already collaborating with the TNPA, including the proposed Gas to Power Programme, following a declaration by national government that the CDC will be the location for Liquefied Natural Gas (LNG) through the allocation of 1 000MW. The Port of Ngqura is required to play a pivotal role in laying the groundwork in preparing for the project.”

Moreover, the CDC is particularly keen to advance the Coega SEZ’s Transshipment-Hub strategy, with Zone 1 (back of Port operations) set aside as a maritime and logistics area that is integrated with the deep-water Port of Ngqura. The Transshipment Hub has proven successful in other countries and at the Port of Singapore, concludes Vilakazi.

The Coega Development Corporation (CDC) is a public entity in terms of the Public Finance Management Act (PFMA), based in the Nelson Mandela Bay Municipality with operations throughout South Africa. The corporation is mandated to develop and operate the 9 003 hectare Coega SEZ, gazetted by the Minister, Dr Rob Davies (Government Gazette No. 40883 on 2 June 2017) in terms of section 39(2) of the SEZ Act No. 16 of 2014 (“SEZ Act”), replacing the Government Gazette No. 21803 of 1 December 2000, made in terms of the Manufacturing Development Act No. 187 of 1993.

In terms of the SEZ Act, the Department of Economic Development, Environmental Affairs and Tourism (DEDEAT) is the CDC’s Executive Authority, with ordinary shares owned by the Eastern Cape Provincial Government. The CDC Board is the Accounting Authority and is accountable to the MEC for Finance, Economic Development, Environmental Affairs and Tourism, Honourable Mlungisi Gerald Mvoko.

In the 20 years since its establishment in 1999, the Coega SEZ has become one of the leading SEZs in Africa, as a gateway to African and world markets, a transshipment hub and Southern Africa’s most successful SEZ. To date, the CDC has delivered on its mandate to provide socioeconomic development for the Eastern Cape, by enabling the creation of over 120 000 accumulative jobs since inception, with 45 operational investors, who have invested R11.579-billion in private sector investment and R9.53-billion in foreign direct investment. The CDC has also trained over 100 000 people since inception.

Embracing the digital revolution core to deals made in 2020

The Power of Connectivity

Special Economic Zones add hope in an era of unemployment

Women leaders are lauded for their handling of the Covid-19 pandemic, but the data is often cherry-picked