Your will. Your kingdom. Your legacy.

The late King Goodwill Zwelithini, king of the Zulu nation, the largest monarchy in South Africa, passed away earlier this year after more than 53 years on the throne. His death has set off a series of dramatic events that are still playing out in the public eye, and in the courts.

Firstly, in his will, he appointed his wife, Queen Mantfombi MaDlamini-Zulu, as regent of the grieving Zulu nation. Bearing in mind that the king was in a polygamous marriage and there are several wives and children who may want to claim their stake in the estate, one would have expected some jostling to occur. However, no one expected the newly appointed regent to pass away only a few weeks later and for her will to appoint her son as the new king.

This move was quickly contested by the late king’s first wife, Queen Sibongile Dlamini, who is claiming a 50% stake in the estate as she claims she was married in civil law and therefore in community of property since 1969 to the late king. Moreover, the queen’s two daughters also filed a court application contesting the king’s will, stating that the signature of the king was forged and hence that the will is not valid.

The new Zulu king, King Misuzulu kaZwelithini, has taken up his position, but much of this debacle could have been avoided had everyone known where they stand and what they are entitled to. Earlier this month, President Cyril Ramaphosa approved the amended Customary Marriages Bill which states that women who are married by customary law will now be entitled to a share of the joint estate on either the death of their spouse or when they divorce, as it will be considered as a marriage that is In Community of Property if it is registered. This excludes couples who have a notarial marriage and antenuptial contract. This may further complicate the already contentious administration of the late king.

Why is this case important for us as South Africans? The reality is that over 75% of South Africans pass away without a valid will in place. You may not be a Zulu king with millions in assets, but you are certainly king of your own kingdom and master of your own (and your family’s) legacy.

Irrespective of what you may think of the Zulu king, he set a good example for all South Africans by taking the time to get his affairs in order and draft his will. Too many South Africans procrastinate until it’s too late and this can have devastating consequences for their families and dependants.

Even with a will in place, the winding up of an estate can still be a lengthy process with many issues that may arise, not least of which is contestation of the will by other family members and cash shortfalls due to lack of liquidity in the estate.

With this in mind, here are a few simple guidelines to help you secure your kingdom.

You know you need to get your will done — so get it done. Put a reminder on your phone. Write it on your to-do list. Put a note on your fridge. Whatever it takes, just get it done.

Yes, you can do a DIY will or download a template if you want, but why would you want to risk such an important task. You don’t know what you don’t know, but a professional knows to ask the right questions. You only really draft and update your will a few times in your life, so why not make sure it’s done properly the first time around — the consequences of making a mistake are dire.

These can sometimes be unclear and therefore unenforceable. Or in the case of the Late King Zwelithini, a reason for someone to contest the validity of his will, which in this unique case ultimately affects the succession to the throne. Rather draft a new version if you want to make amendments or updates so that there is absolute clarity with regards to your final wishes.

Sounds silly to make this a point, but the reality is that too many people go through the effort of having their will drafted but then never get around to signing it. An unsigned will is viewed as an invalid will by the courts. It’s important that you sign your will in the presence of two witnesses who could be called to court to testify that they saw you sign your will, if your signature comes into question. The witnesses will also need to be able to testify that they saw each other signing.

Independent witnesses are considered as people who do not stand to benefit from your estate. Therefore, the Wills Act excludes your beneficiaries, your spouse, your executor and trustees, guardians you may have nominated for your minor children, and the spouses of any of these parties.

Make sure you don’t pass away with no-one knowing where your will is. This happens every day and nullifies the efforts you went through to ensure you’ve diligently captured your final wishes. Keep a copy with you in a safe place and ensure your executor has a copy too.

This happens more than you realise

The fate of the heirs to the Zulu Kingdom now sits in the hands of the courts. Chances are this may end up being a lengthy and messy battle as there is so much at stake. This storyline plays out almost every day with regular South Africans’ estates being contested and messy legal battles between families that result in them being torn apart, but obviously very few get the media attention that the late Zulu King’s is getting. Hopefully, the one positive that may come of this case is that more and more South Africans will realise that they don’t need to be royalty to get their affairs in order.

Drafting your will may seem like a daunting process, but if you have any queries or perhaps need to make amendments to your current will to ensure that you leave your legacy to your loved ones, please visit www.capitallegacy.co.za 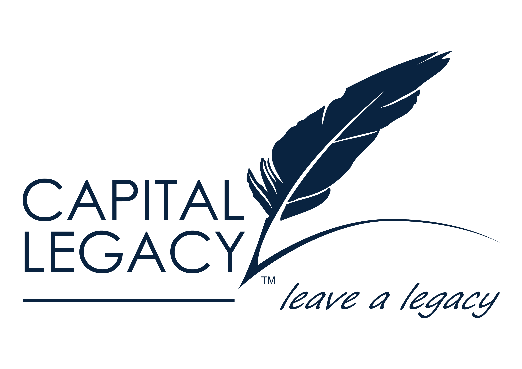 Accountability, insofar as it ever existed in the South African Police Service, has been reduced to a theoretical concept. It is time this changed.

Legal teams argued that the only remedy was for Zuma to return to prison, but his advocate countered that at this late stage, it would amount to a fresh sentence

People poison vultures for various reasons, including a belief that they can see into the future and to stop authorities from being alerted to poaching