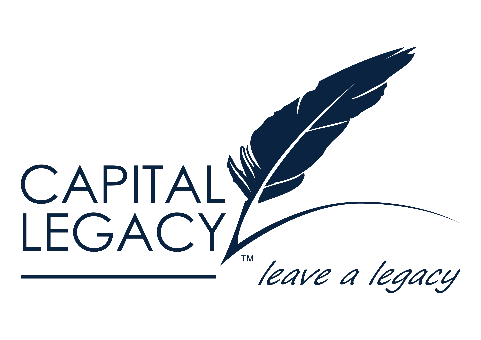 In these trying times of companies downscaling and more and more people losing their jobs, it’s encouraging to know that there are some companies bucking this trend.

Whereas South Africa is more often than not literally in the dark, one particular company, Capital Legacy, has not only just kept the lights on but has been generating hundreds of employment positions across its growing footprint in South Africa. The company has, in only a few years, become one of the most talked-about brands in the financial services industry, and, if this trend continues, is sure to become a household brand name.

The employment statistics in South Africa are decidedly depressing.

According to the Quarterly Labour Force Survey (QLFS), for the third quarter of 2021, the number of employed people declined by 660 000 to 14.3-million compared to the second quarter of 2021. The unemployment rate in this quarter increased officially by half a percentage point to 34.9%.

The decline in employment led to the number of unemployed people increasing from 7.6-million to 7.8-million, resulting in a decrease in the labour force and an increase in the official unemployment rate.

This is the highest official unemployment rate recorded since the start of the QLFS in 2008. There was an increase in the number of discouraged work-seekers in the third quarter (up by 545 000) and an increase in the number of those that are not economically active (NEA) for reasons other than discouragement (up by 443 000), resulting in a net increase of 988 000 in the NEA population over this period.

The picture at Capital Legacy is exactly the opposite of that of the rest of the country.

By the first month of the second quarter of 2022 (April), Capital Legacy has already increased that percentage to more than 50%. Halfway through April more than 300 additional positions have been added, bringing the total number of people working at the company to 918.

Capital Legacy continues to grow, adding 35 more people to its workforce almost every month. The company foresees that at this rate it will have more than 1 300 people in its employ by the end of 2022.

Why is Capital Legacy seeing such strong growth?

According to Alex Simeonides, Founder and Chief Executive Officer of Capital Legacy, the main reason for Capital Legacy’s growth is because the company offers a very real solution to a very real problem in South Africa.

The very real problem is that 75% of SAs population doesn’t have a Will and don’t plan for the cost of dying. Capital Legacy has spent the last 10 years making it easier for South Africans to get their Will in place and has innovative solutions to cover the legal fees associated with winding up an Estate.

Testament to their mandate of making it easier to get your Will in place is the 380 000 clients they have assisted over the last 10 years. This number grows monthly with, on average, 11 000 new clients placing their trust in Capital Legacy to ensure their Legacies are protected too.

Passing away without a Will is problematic in quite a number of ways. Shortly put, though, it means that the deceased dies intestate and his/her last wishes will most probably not be adhered to.

The state will appoint an executor to execute the Estate according to South African law. This process could take a long time, depending on the liquidity, complexity, and the amount of assets in the Estate, inter alia.

Dying intestate and having minor children can have several negative outcomes for the children.

Two major outcomes will be the following: The Court will appoint a guardian/guardians for the minor child/children who might not have been the first choice of the parents. If the parents had a valid Last Will and Testament, this unfortunate situation would have been avoided.

Secondly, the assets of the Deceased Estate will be placed in the Government’s Guardian Fund, because a minor child may not own or administer assets. The child’s guardian or tutor or curator may claim against the Guardian Fund for expenses regarding the needs of the minor child.

This could be quite a lengthy process, as every claim is scrutinised to ensure that it is above board. If the parents had a valid Will and Trust in place, none of the above would have been necessary.

Capital Legacy draws up Wills at no cost to their clients, puts plans in place to cover legal fees and takes care of deceased Estates. Because of the company’s focus on Wills and its specialised processes, it finalises Estates on average much quicker than industry standards.

Word of mouth regarding Capital Legacy has been a big part of the thousands of enquiries the company gets every month and is testament to their focus on good old fashioned client service.

Capital Legacy’s latest campaign “Secure their next steps, today” speaks to the fact that our children are our priority and the importance of having a valid and up-to-date Will in place to ensure that their future is secure in the event of unforeseen circumstances. The campaign shows the journey of a child, from taking their first steps, to going to school, taking part in sporting activities, entering a career, getting married and then full circle to having their own child (click here to view the campaign video). 2022 Promises to be an exciting year for Capital Legacy as they too take their next steps …

What is military-grade testing, and why should you opt for a device that’s been put to the test?