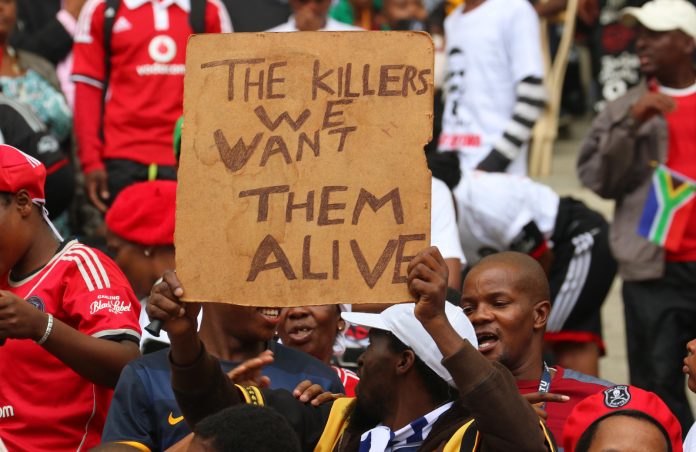 The Pretoria high court on Monday dismissed advocate Dan Teffo’s application to ascertain the admissibility of alleged confessions to killing Senzo Meyiwa made by two of his four clients, which he argued had “violated their constitutional rights”.

Teffo said Muzikawukhulelwa Sibiya and Bongani Ntanzi, the first two accused in the Meyiwa murder trial, were “assaulted with the intention to do grievous bodily harm” to solicit the alleged confessions from them.

“State is always wishing that people can confess … We acknowledge, as the defence, we are in possession of the alleged confessions of the accused,” Teffo said, adding that Ntanzi’s confession allegedly implicated all the other accused in the matter.

In an application, which Judge Tshifhiwa Maumela said he had only received on Monday morning, Teffo asserted that a “trial within a trial” should be held so that the alleged confessions could be challenged.

Teffo said his clients’ constitutional rights had been violated because Sibiya and Ntanzi were assaulted “to an extent that their confessions were solicited from that assault”.

“They were nearly suffocated to the extent that we were [using] apartheid tactics where they were assaulted with rubber tubes,” Teffo said, contending that it would be a “sad day in the constitutional democracy of this country” should his application for a trial within a trial to be denied.

But Maumela said Teffo was “putting the cart before the horse” because state prosecutor George Baloyi had not introduced the alleged confessions as evidence in court.

“It’s only you in this whole court that understands what you’re talking about. I have to be able to listen to you and relate to what you are saying,” Maumela said, before ruling that Mshololo should continue cross-examining Sergeant Thabo Mosia, the state’s first witness. The judge apologised to Mshololo for “the repeated interruptions”.

Mosia, a police forensic officer, has previously admitted under cross-examination that he did not collect “crucial evidence” from the crime scene in October 2014.

This included DNA swabs from the kitchen door handle of the home of singer Kelly Khumalo, who was Meyiewa’s lover at the time of the footballer’s murder.

Meyiwa was shot at Khumalo’s Vosloorus, Gauteng, family home in what the state alleges was a botched robbery.