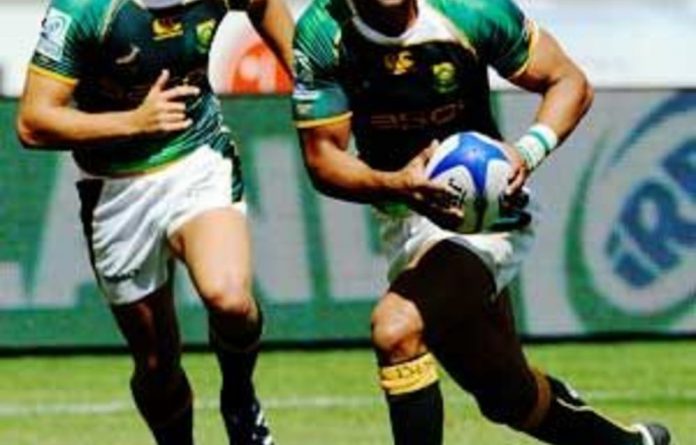 Springbok Sevens coach Paul Treu has been rethinking his game plan on the eve of the Las Vegas tournament in the IRB Sevens World Series on February 13 and 14.

Smarting from three lost Plate finals in three tournaments with the successful defence of their IRB title now just a dream, Treu admitted what they tried to do in Wellington, didn’t work well enough.

“We’ve been struggling to score, despite dominating possession and territory in all our tournaments thus far.

“We’re now thinking of playing a more direct game. We haven’t got the speed to go around the outside such as teams like Fiji, and it is now a matter of identifying or creating space closer to the phase facets.

“And of course, we need good support with that.”

Playing a more direct game should suit the Springboks this weekend because of the field’s width of 63 metres instead of 70. Going wide will therefore be difficult in itself.

Treu also pointed to poor defence in Wellington and turnovers that contributed to the Boks’ eventual elimination from the competition in the quarterfinals.

Playing with five Under-21s and much less experience that last year because of injuries and the loss of the majority of the side to Super 14 teams, Treu also feels the time has now come for the youngsters to step up.

“We simply have to be cleverer in the way we play — and then clinical in our execution.”

The Boks have been working on these aspects — but also on defence. “Our line was breached too often and too easily in Wellington. But that is something we hope we have fixed.

“We must also be aware of the dangers of turning over possession. Both New Zealand and Fiji broke the deadlock when we were in control and on attack through turnovers.”

The Springboks play Chile en Scotland over the next two days in warm-ups where Treu hopes to further refine the aspects they have been working on.

The Boks will face impressive Wellington winners Fiji in Pool B in Las Vegas. Fiji have beaten South Africa in all three their encounters in the 2009/10 IRB Series — all of them in the quarters.

Fiji are currently second in the Series after three tournaments, only four points adrift of New Zealand. The other teams in the Pool B are Wellington giant-killers Canada and the United States, a handful in their own right.

South Africa are seeded to face New Zealand in the quarters, with Australia also a possibility depending on how the pool rounds turn out. — Sapa