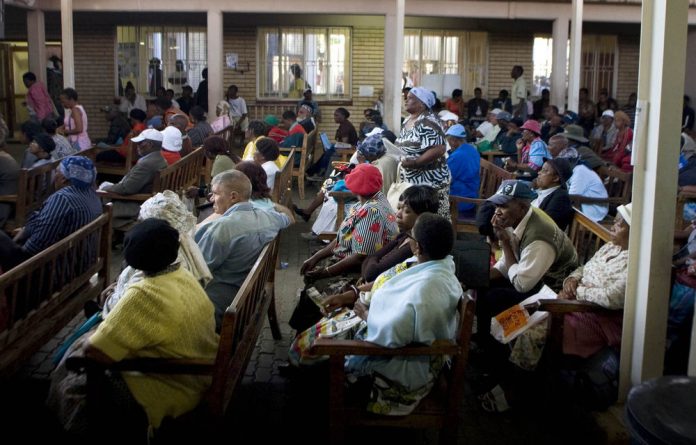 In a move that has already sparked controversy, the treasury is to draw private business into the public health sector as a way of upgrading the services provided by state hospitals.

In his budget speech Finance Minister Pravin Gordhan artfully linked the expanded role envisaged for the private sector to national health insurance, a key demand of the labour movement.

“We will continue to broaden the use of public-private partnerships (PPPs) in the health sector, in particular to improve our hospital system,” Gordhan said.

“Alongside longer-term reforms to the financing of healthcare, a closer partnership between the public and private healthcare systems is a prerequisite for the introduction of a national health insurance (NHI) system,” he said.

The flagship PPP project will be Chris Hani Baragwanath Hospital in Johannesburg, for which a feasibility study is now complete. It appears that the hospital is to be rebuilt.

PPPs are not new in South Africa. Netcare’s Victor Litlhakanyane said his organisation has been involved in partnerships with the government at two hospitals in the Free State and two in the Eastern Cape.

“Government doesn’t have the money to upgrade all the public hospitals. With a PPP, the risk is transferred to a private party,” said Litlhakanyane.

But Cosatu has historically been extremely hostile to PPPs, notably in the area of municipal water supply.

In the hospital model a private party responds to a tender request from government and can be asked to provide any of a range of services, including building, refurbishment, the supply and maintenance of equipment and the provision of staff or management.

In Lesotho Netcare provides full clinical services to state hospitals run through PPPs. In return government pays a monthly fee, allowing the private party to recoup its investment while turning a profit.

Litlhakanyane said the arrangement is governed by the Public Finance Management Act and its regulations. Projects generally run over 15 or 20 years, after which the building and equipment is owned by government.

Although there is no direct link between PPPs and NHI, Litlhakanyane said partnerships could help secure public buy-in for a national health system. “PPPs can be used to upgrade existing hospitals to a level that would help convince people about NHI and using public hospitals,” he said.

Instead, Van den Heever said, the government should focus on improving governance structures at public hospitals.

He argued that for government, investing in PPPs is equivalent to an “off-balance-sheet loan”. “It won’t be classified as a loan, so it’s not seen as a deficit. The payment is seen as an expenditure and government’s long-term liability is hidden,” he said.

Craven said that the government seemed to be trying to solve its short-term budget problem by using public-private partnerships. “If we’re serious about our healthcare system, we need to raise public money for it from taxes.”

Meanwhile, Gordhan announced an additional R3-billion allocation for increased spending on HIV/Aids. But the Aids programme is likely to come under increased pressure in future given the revised protocols for treatment, which make more people eligible for antiretroviral therapy.

Francois Venter, president of the South African HIV Clinicians’ Society, said he is confident that the government has made adequate provision for the Aids programme, by far the largest in the world.

“Now it’s up to provinces to use the money wisely and get on with implementation,” he said.

Venter said that the South African healthcare system is expensive and the outcomes appalling.

“It’s time for some honest reflection. The rest of Africa does a far better job at healthcare on far fewer resources.”

Total national and provincial health spending is projected at R105-billion next year, or 4% of gross domestic product. Government will spend R12-million over the next three years in setting up a provincial finance and budget support unit to build provincial capacity.