The Pasdaran is Iran 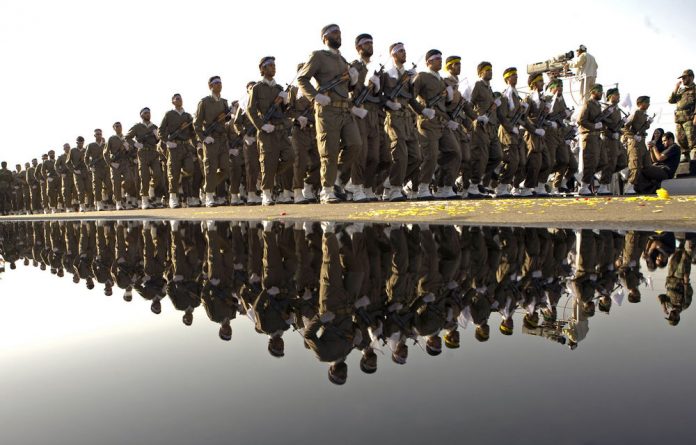 The US warned last week that Iran’s democratic institutions risk falling to a dictatorship under the Revolutionary Guards. Julian Borger and Robert Tait highlight their growing power

The Revolutionary Guards’ control over Iran’s economy is apparent as soon as you enter the country. They run the main international airport, and the manner in which they acquired it was a bruising demonstration of the way big business is now done in Iran.

The contract for managing Imam Khomeini airport, south of Tehran, was given to a Turkish-Austrian consortium in 2004, but on the day it was supposed to open, guardsmen took it over, blocking the runways with their vehicles. Inbound flights had to be hastily diverted.

The Islamic Revolutionary Guard Corps (IRGC) declared that the involvement of foreigners posed a security risk because of an alleged link to Israel, but it was clear that the foreign consortium’s biggest mistake was to try to cut the IRGC out of its business model.

The corps, born as a volunteer militia in the heat of the 1979 revolution, has grown into a behemoth which dominates both Iran’s official and black economies.

Western estimates of its market share range from a third to nearly two-thirds of Iran’s GDP — amounting to tens of billions of dollars.

“The IRGC is really a corporation. It is a business conglomerate with guns,” said Ali Ansari, an Iran expert at Scotland’s St Andrews University.

Through holding companies, front companies and “charitable foundations” the IRGC is a big player in the construction business, oil and gas, import-export and telecommunications. Its company subcontracts work to foreign firms and its subsidiaries bid for contracts abroad.

The IRGC’s control over a string of jetties along the Gulf coast, as well as terminals in Iranian airports, allows it to move commodities in and out without paying duty.

“If you want to get things to and from Iran without paying excise duty, they are the people to go to,” said Meir Javedanfar, an Iranian-Israeli analyst. “No big businessman in Iran is independent of them or the government.”

Mohsen Sazegara, an exiled Iranian dissident who helped found the IRGC, calls it “a very strange and unique organisation”, comparing its extensive intelligence wing to the Soviet-era KGB. “It’s also like a huge investment company with business empires and trading companies, while also being a de facto foreign ministry through the Qods force, which controls relations with countries in the region.

“They’re involved in smuggling drugs and alcohol. I know of no other such institution.”

The spread of the IRGC’s domain into the economy began in earnest in the early 1990s, under former president Akbar Hashemi Rafsanjani.

In the aftermath of the Iran-Iraq war, Rafsanjani encouraged the IRGC to move into construction as a way of rebuilding the country and funding itself.

Ansari said: “It started with Rafsanjani saying: go and make money — they did it and thought, this is easy. They started off taking commissions and ended up taking over whole factories. The economic buyout has been going on for years.”

The IRGC operate in part through Iran’s bonyads, ostensibly charitable foundations that operate as huge holding companies. Under the shah they were a way of channelling wealth to favoured courtiers; after the revolution they were the ayatollahs’ vehicles for self-enrichment.

Arguably the most powerful IRGC body is Khatam al-Anbiya, originally the headquarters of the corps’ construction arm but now a giant holding firm with control of more than 812 registered companies in and outside Iran, and the recipient of 1 700 government contracts. Last week, the United States treasury froze the assets of its head, General Rostam Qasemi, and four subsidiary companies.

With the active support of President Mahmoud Ahmadinejad, who has handed Khatam al-Anbiya a succession of huge no-bid contracts, its economic influence has ballooned.

Its security credentials have allowed it to corner the market for tunnelling contracts, underground rail systems and the nuclear and missile programme. It was also awarded a $1,3-billion contract to build a 900km natural gas pipeline.

That foothold in the energy sector has been consolidated by a $2,5-billion contract to build infrastructure in the South Pars oilfield.

It is impossible to gauge the IGRC’s control because privatisation, officially required under article 44 of Iran’s Constitution, has been used to obfuscate ownership.

Last September, Etemad-e Mobin, a consortium reported to have extensive links to the IGRC, bought a 51% share in Iran’s telecoms business, minutes after it was privatised. At $5-billion it was hailed as Iran’s biggest ever business deal, and the main competitor was disqualified for “security” reasons.

In December, the head of the consortium and the driving force behind the deal, Majid Soleimanipour, and his wife, were found dead in their Tehran home. Reportedly, they were asphyxiated by a gas leak. But where all big business is political, the official account was treated with skepticism.

The telecoms deal has given the IRGC potential access to every phone conversation in Iran. “Using their whole economic base, they are expanding control over areas of what they see as the ‘soft war’, like the telecoms field, to confront threats they see,” said Mark Fowler, of US consultancy Booz Allen Hamilton.

The main motive for US sanctions is to drive a wedge between the IRGC and the Iranian people. US Secretary of State Hillary Clinton’s claim that Iran is heading for military dictatorship was probably intended to spotlight this gulf. But analysts say the reach of the guards (known to Iranians as Pasdaran) and the murky nature of corporate ownership will make it hard to know where to aim that wedge.

“Iran is Pasdaran’s,” said Jamshid Assadi, an Iranian economist in Dijon, France. “Everybody knows it and nobody even tries to hide it.”– Guardian News & Media 2010

A little PR would go a long way

No gay people in Iran?

Ahmadinejad’s ‘gift to his pals’