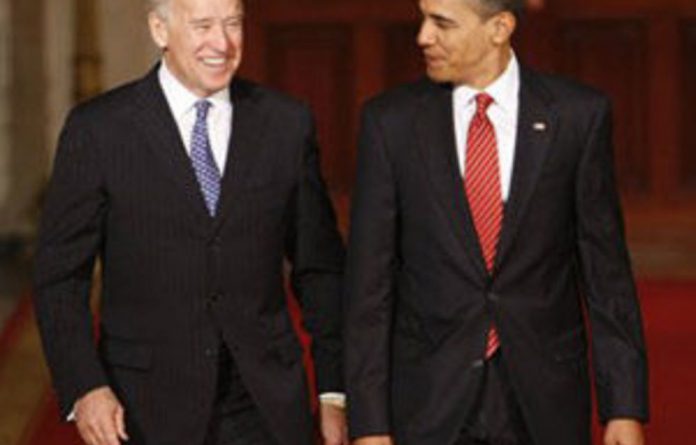 The US House of Representatives gave final approval to a sweeping healthcare overhaul on Sunday, expanding insurance coverage to nearly all Americans and handing President Barack Obama a landmark victory.

On a hard-fought 219-212 vote late on Sunday, House Democrats approved the most dramatic health policy changes in four decades. The vote sends the Bill, already approved by the Senate, to Obama to sign into law.

The overhaul extends insurance coverage to 32-million Americans, expands the government health plan for the poor, imposes new taxes on the wealthy and bars insurance practices such as refusing to cover people with pre-existing medical conditions.

Its passage capped a year-long political battle with Republicans that consumed the US Congress and dented Obama’s approval ratings, and fulfilled a goal that eluded Democrats since former president Bill Clinton’s failed attempt in 1994.

“Today we have the opportunity to complete the great unfinished business of our society,” House Speaker Nancy Pelosi said as the debate concluded, a phrase used by the late Senator Edward Kennedy, a longtime champion of healthcare reform.

Democrats hugged and cheered in celebration as the vote count hit the magic number of 216, and chanted: “Yes we can.” Every Republican opposed the bill, and 34 Democrats joined them in voting against it.

Republican and industry critics said the 10-year $940-billion Bill was a heavy-handed intrusion in the healthcare sector that will drive up costs, increase the budget deficit and reduce patients’ choices.

Both parties geared up for another battle over the healthcare bill in the campaign leading up to November’s congressional elections, and opponents across the country promised to challenge the legislation on the state level.

The healthcare revamp, Obama’s top domestic priority, would usher in the biggest changes in the $2,5-trillion US healthcare system since the 1965 creation of the government-run Medicare health programme for the elderly and disabled.

It would require most Americans to have health coverage, gives subsidies to help lower-income workers pay for coverage and creates state-based exchanges where the uninsured can compare and shop for plans.

Major provisions such as the exchanges and subsidies would not kick in until 2014, but many of the insurance reforms like barring companies from dropping coverage for the sick will begin in the first year.

Heavy lobbying
The vote followed days of heavy lobbying of undecided House Democrats by Obama, his top aides and House leaders. The narrow victory was clinched earlier on Sunday by a deal designed to appease a handful of Democratic opponents of abortion rights.

Under the deal, Obama will issue an executive order affirming government restrictions on the use of federal funds for abortion would not be changed by the healthcare Bill.

That pledge won the support of Representative Bart Stupak and a handful of other House Democratic abortion rights opponents, who had threatened to vote against the Senate-passed Bill because they said its abortion restrictions were not strong enough.

The House also approved a package of changes to the Senate Bill sought by House Democrats. The Senate will take up that package on Monday under budget reconciliation rules requiring a simple majority to pass.

The changes include elimination of a controversial Senate deal exempting Nebraska from paying for Medicaid expansion costs, the closure of a “doughnut hole” gap in prescription drug coverage and modifications to a tax on high-cost “Cadillac” insurance plans.

Republicans said they would challenge those changes in the Senate through parliamentary points of order and believed they could block its passage.

“Senate Republicans will now do everything in our power to replace the massive tax hikes, Medicare cuts and mandates with the reforms our constituents have been calling for throughout this debate,” Senate Republican leader Mitch McConnell said.

The health insurance industry has vigorously opposed the plan, but insurance stocks rallied late last week as investors began to realise their worst fears had not materialised.

Pharmaceutical companies, hospitals and others will benefit from more insured patients, and the Bill does not allow the government to cap prices and premiums, which would have hurt drugmakers and insurers.

Opinion polls show the public also has a mixed view. While pluralities oppose the legislation and the process has turned off many Americans, some of the Bill’s individual components draw heavy support.

Hundreds of conservative “Tea Party” activists rallied next to the Capitol, waving yellow “Don’t Tread on Me” flags and chanting “Kill the Bill.” Many entered the Capitol, wandering the hallways to buttonhole lawmakers and at one point disrupting House proceedings.

The Bill’s final approval represented a stunning turnaround from January, when it was considered dead after Democrats lost their crucial 60th Senate vote in a special Massachusetts Senate election.

But Obama and Democrats rallied last month for a final push, and will use the Senate’s budget reconciliation rules to bypass the need for 60 votes on the changes they sought to the overhaul. – Reuters