Ritual sacrifice of children on the rise in Uganda 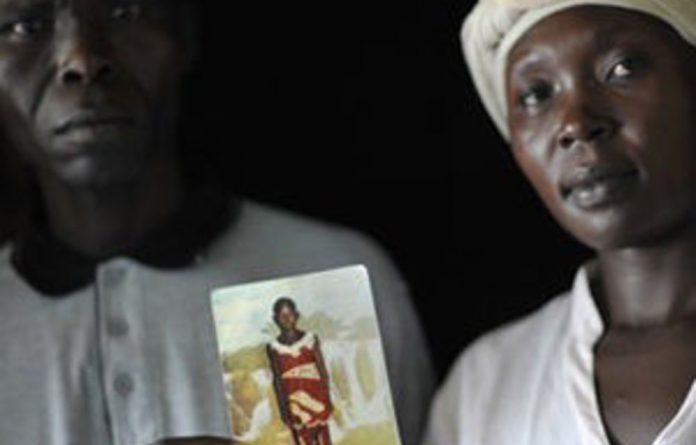 Caroline Aya was playing in front of her house in January when a neighbour put a cloth over her mouth and fled with her.

A couple of days later, the eight-year-old’s body was found a short walk away — with her tongue cut out. Police believe she was offered up as a human sacrifice in a ritual killing, thought to bring wealth or health.

“If it is a sickness you try to treat it, and if they die that is one thing,” said Caroline’s father, Balluonzima Christ. “But when you slaughter a person like a goat, that is not easy.”

The practice of human sacrifice is on the rise in Uganda, as measured by ritual killings where body parts, often facial features or genitals, are cut off for use in ceremonies. The number of people killed in ritual murders last year rose to a new high of at least 15 children and 14 adults, up from just three cases in 2007, according to police. The informal count is much higher — 154 suspects were arrested last year and 50 taken to court over ritual killings.

Children in particular are common victims, according to a US State Department report released this month. The US spent $500 000 to train 2 000 Ugandan police last year to investigate offences related to human trafficking, including ritual killings.

The problem is bad enough that last year the police established an Anti-Human Sacrifice Taskforce. Posters on police station walls show a sinister stranger luring two young girls into a car below bold letters that call on parents to “Prevent Child Sacrifice”.

Human sacrifices have been recorded throughout history and still occur in many countries, including India, Indonesia, South Africa, Gabon and Tanzania. One traditional healer in Uganda, when asked about the phenomenon, pointed to the story told in Genesis, when God asked Abraham to sacrifice a son.

Desire for wealth
However, the rise in human sacrifices in Uganda appears to come from a desire for wealth and a belief that drugs made from human organs can bring riches, according to task force head Moses Binoga.

They may be fueled by a spate of violent Nigerian films that are growing in popularity, and showcase a common story line: A family reaping riches after sacrificing a human.

“I call it a problem of psychological disorientation,” said Binoga. “People get disoriented. People stop having respect in humanity and believe more in the worth of money and so-called good fortune, and they lose that natural social respect for people.”

The sacrifices are also linked to a deep belief in traditional healers, who can be found practically every half a kilometre in Uganda.

At the end of a winding dirt road on the edge of Kampala, Uganda’s capital, barefoot children scurry past a sign advertising the abilities of Musa Nsimbe, who goes by the trade name Professor Gabogola. The sign in front of his small wood hut reads like a panacea for the world’s woes.

Sunlight streams in like tiny laser beams through holes in the metal roof of Nsimbe’s shrine. Smoke fills the air. Furry hides cover the floor. Animal horns are arrayed before Nsimbe, who chants, hums, murmurs, shakes and bangs his head against the wall in a furious calling of the spirits.

The 38-year-old Nsimbe — a father of 14 children with two women — says it’s possible that some traditional healers carry out ritual sacrifices, but that he does not.

‘They are not healers’
Another traditional healer, 60-year-old Livingstone Kiggo, said sacrifice is part of the healer’s tool kit — sacrificing a goat, sheep or chicken is considered a call to the spirits, to people’s ancestors. But killing humans is not part of the practice, said Kiggo.

He blamed sacrificial deaths on people who “want to destroy the work of traditional healers”.

In 2008, Kiggo said a man approached him offering to sell a child. He went to the police, who set up a sting operation and snared a man trying to sell his nephew for $2 000. Police and advocates point to several cases where impoverished parents or relatives have tried to sell children for money.

The people of Jinja have seen three suspected cases of child sacrifice in recent months, including Caroline’s. When Binoga held a town-hall-style meeting in early February, about 500 people squatted under the shade of five large trees, straining to hear his words.

Many complained of police corruption, slow investigations and a lack of convictions by the country’s lethargic courts, words that drew loud cheers from the emotional crowd. Of about 30 people charged with ritual killing last year, nobody has yet been convicted. The last conviction was in 2007.

“There is a lack of political will to protect the children. We have beautiful laws but a lack of political will,” said Haruna Mawa, the spokesperson for the child protection agency ANPPCAN. “As long as we keep our laws in limbo we are creating a fertile breeding ground for human and child sacrifice to escalate. No convictions. What message are you giving to the police?”

Mawa’s agency has helped with several recent cases of child sacrifice. A two-year-old boy had his penis cut off by a witch doctor in eastern Uganda and now urinates through a tube, Mawa said.

A 12-year-old named Shafik had a knife put to his throat when a female witch doctor realised the boy was circumcised. Witch doctors don’t kill children who are circumcised or who have pierced ears because they are considered impure, Mawa said. As a result, some parents have taken their children to get piercings or circumcisions.

The Christ family is protecting their three remaining children in other ways. The siblings no longer walk to school alone and are instead accompanied by their parents. It is a security precaution that the parents can’t take forever, said Fred Kyankya, the
district criminal intelligence officer.

“You can’t keep holding on to a child very tightly. Children move freely,” Kyankya said. “So people get scared that there are such vices in the country.” – AFP