How to stop punching pot plants 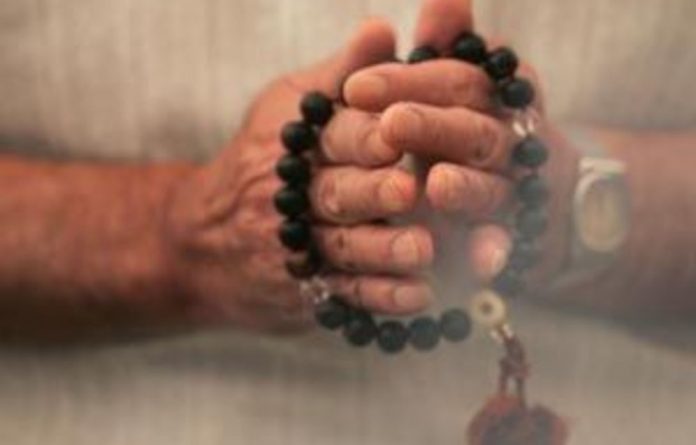 A few months ago I tore up a copy of Grazia and spat on it because I had decided my byline was too small. So a friend, who witnessed the assault, suggested I try meditation. “It might help you with your anger,” she said, observing the drool dribbling over my chin and on to the magazine. “But I like living my life in homage to An American Werewolf in London,” I replied. “No, you don’t,” she said. “And I have seen you shouting at buses.”

It seems that meditation does have health benefits, particularly for neurotics with anger and anxiety issues such as myself. This week American academics published the results of their research into the joys of transcendental meditation (TM).

Apparently, guinea pigs (human ones) who practised TM showed a 48% decline in depressive symptoms. Last year another study indicated that there were 47% fewer heart attacks, strokes and premature deaths among transcendental meditation-heads, which tunes in with what my friend Yogi Cameron, the former male supermodel, has told me. “Yogis,” he once said, “choose when to die.” So, could meditation save my copy of Grazia? Could it save me?

There are many different types of meditation, I learn — it is a big, aromatic buffet of love. It is popular with the great religions — praying or clutching a rosary can be considered a type of meditation — and, as a leisure activity, it is at least as old as war. There is mantra meditation, where you continually repeat a chosen word or phrase (such as in transcendental meditation), mindfulness, yoga, tai chi and qi gong. All promise serenity and healing and an end to assaults on blameless magazines. I choose to try out mindfulness because, according to the blurb, it will help me “experience myself” and learn to “live in the moment” through posture and breathing work. (For tai chi, on the other hand, you have to stand up.)

So I telephone and beg to be admitted to a “meditation for beginners” class at the West London Buddhist Centre. It is in Notting Hill, the evil yummy-mummy/latte vortex, which is surely the last place in London in which I am likely to have a spiritual experience. A few days later, I walk past the building, quite unconsciously, twice. This, I believe, is called denial. The anger and anxiety wants to stay in power.

So I walk in late, to a cream basement room with a small shrine. Buddha is there. For some reason, he reminds me of a very small football fan. The scene is like a Sunday afternoon at my late grandmother’s. A group of women and a man with a beard are comatose and covered in blue blankets on the floor.

A man called Duncan is leading the group. He is tall and pale — handsome but slightly ghostly. He has a sinewy yoga body and bright blue eyes. He smiles gently and tells me to sit on a chair and close my eyes. I obey and Duncan begins to say calming things. I don’t remember them all, because I can’t use a notebook with my eyes shut, but I do remember him saying: “Feel your tongue.” He encourages us to feel and to be aware of every part of our bodies and, above all, to concentrate on our breathing: “Breathe in, breathe out; breathe in, breathe out.”

Reluctant participant
There is neither a television in the room nor books, so I decide to go along with this madness. I take a long sigh, like a Mills & Boon heroine submitting to a company director, and I surrender to the Saturday-morning silence. I feel as though I am plunging down a well to somewhere untouchable and terrifying. This, I suppose, is myself, without distractions. I muse on how much I love my nephew, Blobby — not his real name — and how I am going to buy a stew pot later. “Breathe in, breathe out,” says Duncan, in a mesmeric voice. “Breathe in, breathe out.” I almost fall asleep.

At the end of the session, I feel happy and giggly. I lie on the floor in my blanket, laughing like an insane person, or a baby, or an insane baby. I think I must be very tired. I speak to a few of my fellow travellers. They all seem to be in recovery from a terrible personal crisis, although I do not know if they, too, shout at buses.

I have a brief chat to Duncan. He is about 50 and he seems very posh, although he says he isn’t. He is concerned that I might tease Buddhists in my article. “Everyone teases Buddhists,” he says. Me? Tease Buddhists? I am supposed to be interviewing Duncan, but there is no point in interviewing anyone after meditating. You just fall over. I ask: why am I so tired?

“It’s the subject matter,” he says. “You are sleepy because it is a way of disengaging from being present.” We postpone.

Instead, I read the literature that Duncan has given me. “Mindfulness,” I read, “means paying attention in a particular way: on purpose, in the present moment, and non-judgmentally. There is nothing cold, analytical or unfeeling about mindfulness. The overall tenor of mindfulness is gentle, appreciative and nurturing. It is about being more aware in the present moment. This makes life more enjoyable, vivid and fulfilling.” To me, this is language beyond gobbledegook. Perhaps I will have an epiphany after lunch?

Later, I face the first challenge of my meditating life. I go to see my friend Raymond in Kentish Town, north London. I am making him lamb stew.

But when I put the stew pot on the hob, it explodes. “The pot has exploded,” I tell Raymond. “Oh, dear,” says Raymond, not moving from the sofa, where he is reading a book titled Town Planning in Britain Since 1900: The Rise and Fall of the Planning Ideal. “I’m sure it will be fine.”

“Oh dear,” he says, and turns a page. If I had not meditated, I believe I would have maimed Raymond. But I do not; I am calm. I feel a sense of serenity, which I have always associated with unconsciousness or Valium.

And so I simply bin the stew and leave. When he calls later, to say he has removed the stew from the bin, cooked and eaten it — “it was horrible” — I emit a serene cackle.

The pull of meditation
A few days later, meditation calls me back. I actually want to do it.

Could the anger be ready to fly away, like a bad love song? This time I go to City Lit in Holborn, central London, which has a mindfulness class, again run by Duncan. Again, I am late — the power of denial! So, when I go in, 20 women are sitting on mats with their eyes closed, doing the practice session. One opens her eyes and scowls at me. I scowl back. There is also, inevitably, a solitary man. In meditation class, there is always a solitary man. It seems to be a law.

When everyone has opened their eyes, Duncan checks whether they have done their mindfulness homework. Everyone has been asked to practise meditating for 10 minutes each day and to record their pleasant thoughts, also noting what moods and feelings accompanied the precious pleasant thought. Not everyone has done it, which seems to make Duncan cross. He winces. The class is full of obsessives. Duncan asks us to write the word “flower” on a piece of paper, and meditate on it. At least three people ask for more paper because, says one, “I didn’t write ‘flower’ in the middle of the page.”

We practise again — I close my eyes, listening to Duncan talk about tongues and feet and the need to be aware of them and live in them; again I fall down the friendly well. It’s easier this time. I am possibly entering the realm of nothing matters. Everything. Will. Be. Fine.

I love this new sensation. Normally, when pouncing from anger to anger, I end the day gibbering and falling into a half-sleep from which I awake exhausted, usually with a BBC reality show still murmuring in the corner.

(Once I awoke to watch a man in a wheelchair ballroom dancing.)

Then we have an event. A woman in the street outside screams and I am pulled back into Holborn. She screams again and the kind thoughts melt, cinematically. I panic. I am a failure! A monster! I hate everyone and everyone hates me! I feel my body contorting, into a giant fist. I feel Hulk-ish. I have always identified with the Incredible Hulk, for obvious reasons; I can even play his theme tune on the piano. But this, I know, is familiar; this is why I am here — to be cured of my anxiety and its inevitable sequel, the desire to punch pot plants. I tune back to Duncan, my salvation. “Breathe in, breathe out,” he says. “Breathe in, breathe out.”

I take Duncan out to lunch to ask why meditation works; I am sure it is working, but I do not know why. “The refusal to acknowledge ourselves,” he says, “is the cause of most grief. Meditation will lead you to a relishing of being alive, but it can only be known through direct experience. Even pain,” he says optimistically, “can feel quite rich.” But he thinks I should work on my posture. Apparently, I sit there with my head lolling on one side, like a stroke victim.

I continue to meditate and as I do, I can feel the anger waving goodbye. I stay soothed. For example, a friend asks me to a dinner party. I fear dinner parties like I fear Nazis. But I go, and I am polite, even when someone asks me if I have cystitis. (I do not.) Meditation is effective, I fear. I am in danger of turning into a rug. I am in danger of being happy. —