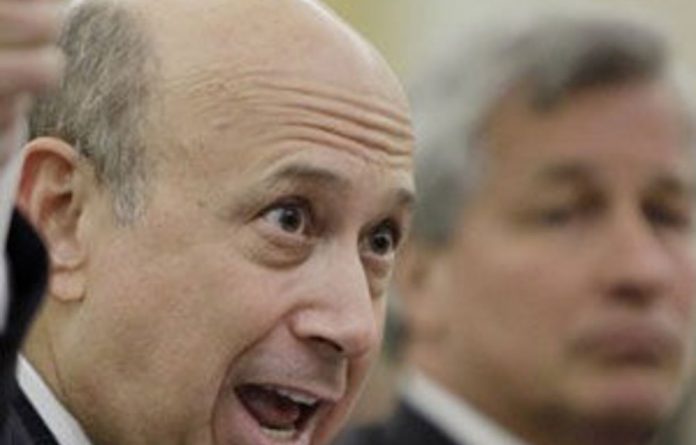 A US Senate investigative panel has released several emails that could prove embarrassing to Goldman Sachs as they suggest the Wall Street investment giant used the US sub-prime mortgage crisis to make tens of millions of dollars in profit.

The documents, made public on Saturday, do not provide proof that the investment bank broke the law, but they do show that its executives sought to make a killing on the crisis that erupted in 2007.

The revelations come at a bad time for Goldmans Sachs, which seeks to improve its image in the wake of fraud charges levelled against it by the federal government.

“Investment banks such as Goldman Sachs were not simply market-makers, they were self-interested promoters of risky and complicated financial schemes that helped trigger the crisis,” said Democratic Senator Carl Levin, chairperson of the Senate Permanent Subcommittee on Investigations.

He said the bank had bundled toxic mortgages into complex financial instruments, got credit rating agencies to label them as AAA securities, and then sold them to investors, magnifying and spreading risk throughout the financial system.

In addition, said the senator, the bank often betted against the instruments it sold and rolled in profits as a result.

The 2009 Goldman Sachs annual report stated that the firm “did not generate enormous net revenues by betting against residential related products,” Levin said,

“These emails show that, in fact, Goldman made a lot of money by betting against the mortgage market.”

‘The big short’
The four emails released by the subcommittee address practices involving residential mortgage-backed securities and collateralised debt obligations (CDOs), financial instruments that were key in the financial crisis.

In one of the emails, Goldman Sachs chairperson and chief executive officer Lloyd Blankfein stated that the firm came out ahead in the mortgage crisis by taking short positions.

In an email exchange with other top Goldman Sachs executives, Blankfein wrote: “Of course we didn’t dodge the mortgage mess. We lost money, then made more than we lost because of shorts.”

In a second email, Goldman Sachs chief financial officer David Viniar responded to a report on the firm’s trading activities, showing that in one day the firm netted over $50-million by taking short positions that increased in valued as the mortgage market cratered.

“Tells you what might be happening to people who don’t have the big short,” Viniar wrote.

In a third email, Goldman employees discussed the ups and downs of securities that were underwritten and sold by Goldman and tied to mortgages issued by Washington Mutual Bank’s subprime lender, Long Beach Mortgage.

Reporting the “wipeout” of one Long Beach security and the “imminent” collapse of another as “bad news” that would cost the firm $2,5-million dollars, a Goldman Sachs employee then reported the “good news” that the failure would bring the firm five million dollars from a bet it had placed against the very securities it had assembled and sold.

In a fourth email, a Goldman Sachs manager reacted to news that the credit rating agencies had downgraded $32-billion in mortgage related securities — causing losses for many investors — by noting that Goldman had bet against them: “Sounds like we will make some serious money.”

His colleague responded: “Yes, we are well positioned.”

Blankfein and other current and former company personnel are scheduled to testify before the subcommittee on Tuesday.

In a move that shocked Wall Street, the US Securities and Exchange Commission (SEC) charged Goldman Sachs with fraud earlier this month, sending the company’s share price into a tailspin.

The SEC accused Wall Street investment giant Goldman Sachs of “defrauding investors by misstating and omitting key facts” about a product based on subprime, or higher-risk mortgage-backed securities.

The company has vigorously denied any wrongdoing and sought to defend its reputation as Wall Street’s most stable finance house. – AFP