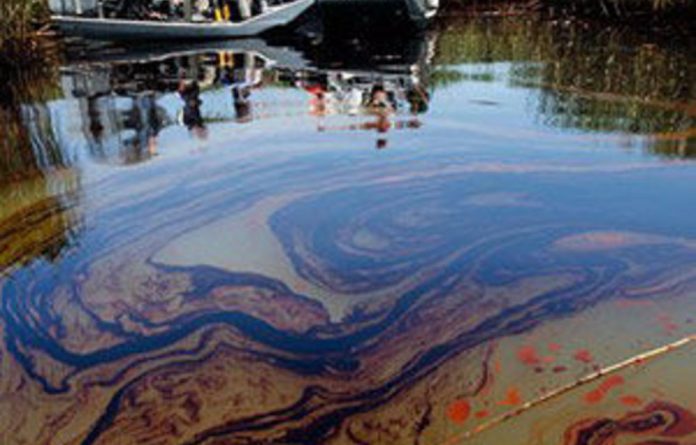 With a BP well spilling oil into the Gulf of Mexico for a fifth week and President Barack Obama under pressure to act, legal experts say it is only a matter of time before his administration begins a criminal investigation into the disaster.

The Justice Department can consider a variety of charges as it has in past cases like the Exxon Valdez spill in Alaska, including violations of the Clean Water Act and the Endangered Species Act. There could also be charges for failing to abide by drilling regulations, the experts said.

The liability could extend well beyond BP. Transocean operated the Deepwater Horizon rig drilling the well, Halliburton did cementing for the well, and Cameron International provided the blowout preventer that is designed to stop an uncontrolled flow of oil and gas.

As the Obama administration grows increasingly frustrated with BP over the information it is releasing about the spill, that could create an adversarial scenario which could make reaching a settlement more difficult.

So far, US Attorney General Eric Holder has said only that the Justice Department is monitoring the situation to ensure that BP lives up to its pledge to pay for the damage to wildlife, the economy and the coastline.

Lawyers who previously worked in the department said Holder was probably waiting for BP to cap the well before proceeding with an investigation to ensure cooperation in that effort. Justice Department officials declined to comment.

The attorneys also noted it may be difficult to assign blame because the companies have been blaming each other.

One lawyer who previously worked at the Justice Department and declined to be identified said he expected the case would mostly focus on civil rather than criminal violations because the latter required proving intent to commit the violations.

Several lawyers refused to be quoted on the record or speak at all because their firms either worked for the companies involved or could be hired by them.

Lengthy litigation likely
Another law professor said the Justice Department would take its time to build a case to hold those responsible for the oil spill. It would have to be prepared for the companies to defend themselves by arguing that federal regulators’ actions contributed to the accident.

“This litigation is going to take a long time,” said Hope Babcock, a Georgetown University Law School professor. “The federal government, they’re going to be much more tempered in how they proceed, they’re carefully gathering up evidence.”

Prosecutors will have to “sort out how much of the behaviour on the platform was basically allowed to happen by the federal government,” she said.

In 1991 after the Alaska oil spill, Exxon paid just over $1-billion in penalties and damages to settle criminal and civil charges the Justice Department brought against the oil giant.

At the time, the $125-million in criminal penalties Exxon paid was the largest of its kind in history and the charges included violations of the Clean Water Act, the Refuse Act and the Migratory Bird Treaty Act.

The bulk of the damages, $900-million, went to reimburse federal and state governments for responding to the spill and later restoration projects.

If the government does pursue a case against BP and others and can negotiate a plea deal and settlement agreement, the penalties would almost certainly exceed those in the Exxon Valdez case.

“If BP is one of the defendants, and they certainly are a likely defendant, BP has a significant history of violations that Exxon did not, and that’s going to run the numbers higher,” said Uhlmann, referring to past BP accidents.

A fire at a BP refinery in Texas in 2005 killed 15 workers and injured 180. The company settled with the Justice Department, paying a $50-million criminal penalty for violating the Clean Air Act, but that deal is still being litigated.

Even if the companies settled, like in the Exxon spill, a provision could be included in any agreement that would enable the government to reopen negotiations for additional funding should the costs for the clean-up or other requirements be needed.

Fifteen years after the Exxon Valdez tanker ran aground and spilled about 10,8-million gallons of oil off the fragile coast of Alaska, the Justice Department and Alaska officials in 2006 went back to the oil company to demand $92-million more for restoration projects.

That request still has not been resolved. – Reuters