‘I absorb all inspirations’ 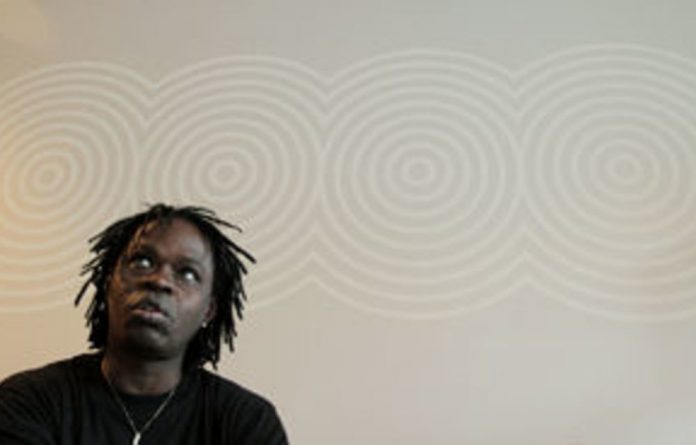 ‘It’s a great time for African music,” says Senegalese music star Baaba Maal as he leans back on the sofa of his manager’s hotel room.

With African artists such as Amadou & Mariam, Tinariwen, K’naan, Toumani Diabate, Konono No 1 and the BLK JKS all making a big impression in Western music circles in the past few years, I have to agree with him.

Maal was in Johannesburg to promote the 8 Goals for Africa campaign, the United Nation’s Development Programme’s drive to create awareness of its millennium goals.

Maal and a host of Africa’s top music stars, such as Angelique Kidjo, Mingas, Hip Hop Pantsula, Yvonne Chaka Chaka, Oliver Mtukudzi, Hugh Masekela and the Soweto Gospel Choir, came together in April to record the song, 8 Goals Away, a jivey feel-good anthem about the issues that the millennium goals are trying to address.

They then jetted into South Africa for the closing of the 2010 World Cup to perform the song live at a free concert at the Elkah Stadium Fan Fest in Soweto on July 11.

“I would have liked to be at Soccer City for the final,” says Maal, a rabid football fan by his own admission. “But when I arrived in Soweto, I could see that this was the right place to perform this song for the first time.”

Maal had to take time off from touring his latest album, Television (Sheer Sound), to take part and was flying back a few days later to perform at a number of festivals around the world.

“I was surprised when Barry Reynolds, one of the producers of the album, said to me that there was this group in New York called the Brazilian Girls who I should work with, so he made the hook-up.

“I discovered that they are not Brazilian, it is just a name, and there was just one girl,” he says, chuckling.

“Didi was into a lot of electronic music and I think technology is a great thing that can help Africa.”

He points to this belief in his liner notes for the album, where he says: “Technology is transforming Africa and is one of the continent’s biggest hopes.

“Education and technology can bridge the gap between those who are on top of the world and those who for too long have been outsiders looking in. Africa has a lot to offer.”

When I put it to him that Television and Amadou & Mariam’s Welcome to Mali are albums that look to forge a new identity for African music — one that doesn’t involve the ghettoisation of the world music tag — he agrees.

“When I was ready to write some of the songs on this album, I said to Barry Reynolds, ‘I am not going to make this album thinking about Baaba Maal, the African musician.’

“I travel all around the world and meet people doing different things and I appreciate what they are doing. At the end of the day I am just a human being and I absorb all these inspirations and create my own music.”

African Express
He starts to wax lyrical about Africa Express, a touring live collaborative project between Western and African musicians that was put together by Damon Albarn, Blur and Gorillaz front man, and Ian Ashbridge, Wrasse Records head.

Africa Express debuted with a five-hour long jam session at the infamous Glastonbury Festival in 2007, which featured assorted members of Tinariwen assisting Terry Hall and other members of The Specials as he sang Message to You Rudy, the Algerian Rai king Rachid Taha and Albarn doing a duet on Rock the Casbah, and Fatboy Slim and Tony Allen collaborating on a version of Fela Kuti’s Zombie, to name a few of the collaborations.

“This business of music always needs to have new flavours, new combinations,” says Maal. “When I was doing this Africa Express project with Damon Albarn, I was very excited, because I was talking about that when Live 8 happened. I was asking why do they not have many African musicians involved.

“Then Damon came with this idea to get African and Western musicians to collaborate at Glastonbury and I said, ‘Yes, I must go’. I saw these concerts and something really wonderful came out of it. We discovered that we all share similar inspirations but we never get the time to spend together.

“I mean I worked with Franz Ferdinand and Bassekou Kouyate on stage and Franz Ferdinand went back into the studio with new inspiration from working together and I think this is what the music industry needs,” says Maal. “Franz Ferdinand were very surprised that I knew their songs when we worked together.

Maal insists the collaborations are two-sided and a very good exchange takes place.

“We are going into the music business through them, because they are very well known and very well established and they can open doors for African music and we can give them some new forms of inspiration, whether that is new rhythms or melodies.”

So, while Maal is championing the idea of Western-African collaboration, his latest album highlights just how magnificent the fruits of these collaborations can be.

For an artist who this year celebrates the 25th anniversary of his band, Daande Lenol, Maal is as vital an African music star as when he first arrived on the scene in the late Eighties.