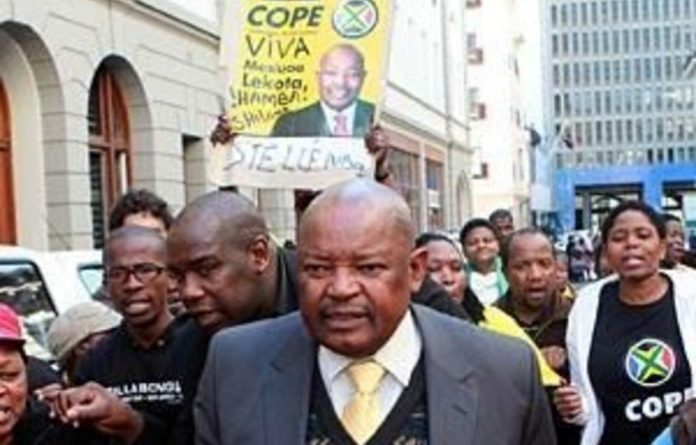 Cape High Court Judge Essa Moosa on Monday reserved judgement in the legal battle over whether Congress of the People (Cope) leader Mosiuoa Lekota has the right to take up the leadership of the party in Parliament.

He did not give any indication when judgement would be.

Cope deputy leader Mbhazima Shilowa has applied to have a July 2 decision by Cope’s congress national committee (CNC) — which replaced Mvume Dandala with Lekota as the party’s political leader in Parliament — declared null and void.

He also wants his removal as Cope’s chief whip, and that of ally Lolo Mashiane as the party’s administrative whip, declared unlawful.

Shilowa’s counsel, Norman Arendse, has argued that the meeting on July 2 was unlawful and non-quorate.

Technical argument
As was the case most of last week, Monday morning’s session was taken up by detailed and technical argument, this time mainly about what constituted a quorum in Cope’s CNC and other party structures.

Shilowa and Lekota have not exchanged a public greeting since they arrived in court shortly before 10am last Tuesday.

Sawma and Arendse tried last week to convince the two Cope leaders to reach an agreement out of court but failed.

“We did not reach consensus,” Shilowa told said then.

“That is why the matter is now before the judge. We remain open to negotiations outside of the court.”

On Monday, Shilowa again indicated he was still open to negotiations.

The proceedings were again watched by a full public gallery, while a group of Cope supporters sang and waved placards on the steps of the court. — Sapa