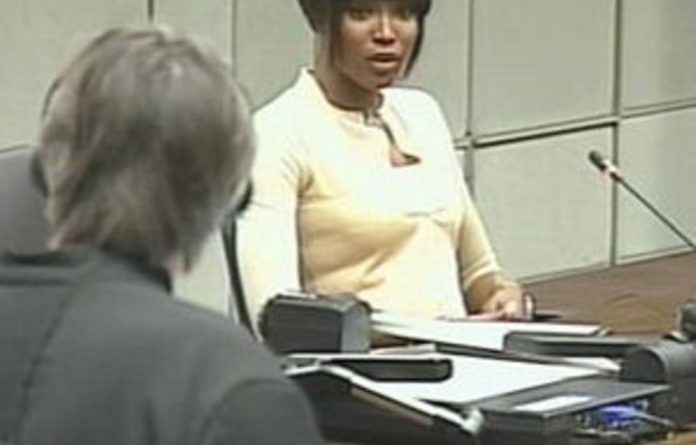 Actress Mia Farrow told the Sierra Leone war crimes court on Monday that she had heard supermodel Naomi Campbell say that she had been given a “huge diamond” by Charles Taylor when he was Liberia’s president.

Campbell appeared at the Special Court for Sierra Leone last week and said she had been given “dirty looking pebbles” after a 1997 charity dinner in South Africa, but did not know if they were diamonds from Taylor.

In court on Monday, Farrow said she had seen Campbell join a group of guests at breakfast after the dinner, hosted by South African president Nelson Mandela, and that Campbell had immediately started telling a story about an event that had happened overnight.

“She said in the night she had been awakened by men knocking at her door that said they had been sent to her by Charles Taylor, and they had given her a very huge diamond,” Farrow told the court.

Farrow said Campbell had then said she intended to give the diamond to the Nelson Mandela Children’s Fund.

Prosecutors are seeking to link the diamonds to Taylor to prove allegations that he received diamonds from rebels in Sierra Leone and used them to buy weapons. Taylor denies the allegations.

Modelling agent Carole White had been scheduled to give testimony first, but the prosecution reversed the order of witnesses, sparking an angry outburst from the defence. – Reuters

Nigerian peacekeepers haunted by the ghosts of executions past