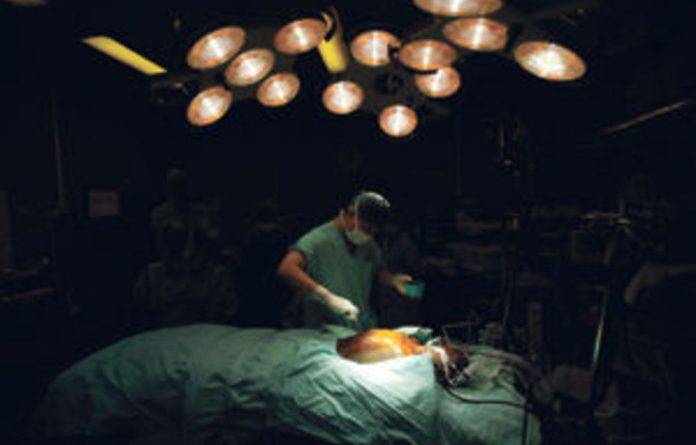 Just 65 years ago David Livermore’s paternal grandmother died after an operation to remove her appendix. It didn’t go well, but it was not the surgery that killed her. She succumbed to infections that the pre-penicillin world had no drugs to treat. Welcome to the future. The era of antibiotics is coming to a close.

In just a few generations what once appeared to be miracle medicines have been beaten into ineffectiveness by the bacteria they were designed to knock out. Once scientists hailed the end of infectious diseases. Now, the postantibiotic apocalypse is within sight. Hyperbole? Unfortunately not.

The highly serious journal, Lancet Infectious Diseases, recently posed the question itself over a paper revealing the rapid spread of multi-drugresistant bacteria. “Is this the end of antibiotics?” it asked. Doctors and scientists have not been complacent, but the paper by professor Tim Walsh and colleagues takes the anxiety to a new level.

Last September Walsh published details of a gene he had discovered, called NDM 1, which passes easily between types of enterobacteria such as E.coli and Klebsiella pneumoniae and makes them resistant to almost all of the powerful, last-line group of antibiotics called carbapenems. The paper revealed that NDM 1 is widespread in India and has arrived in the United Kingdom as a result of global travel and medical tourism for, among other things, transplants, pregnancy care and cosmetic surgery.

“In many ways, this is it,” Walsh said. “This is potentially the end. There are no antibiotics in the pipeline that have activity against NDM 1- producing enterobacteriaceae. We have a bleak window of maybe 10 years, where we are going to have to use the antibiotics we have very wisely, but also grapple with the reality that we have nothing to treat these infections with.” And this is the optimistic view — based on the assumption that drug companies can and will get moving on discovering new antibiotics to throw at the bacterial enemy.

Since the 1990s, when pharma found itself twisting and turning down blind alleys, it has not shown a great deal of enthusiasm for difficult antibiotic research. And because, unlike heart medicines, people take the drugs for a week rather than for life, and because resistance means the drugs become useless after a while, there is just not much money in it. Livermore, whose grandmother died for lack of infection-killing drugs in 1945, is the director of the antibiotic resistance monitoring and reference laboratory of the Health Protection Agency.

Last year the HPA put out an alert to medical professionals about NDM 1, urging them to report all suspect cases. Livermore is far from sanguine about the future. “A lot of modern medicine would become impossible if we lost our ability to treat infections,” he said. He is talking about transplant surgery, for instance, in which patients’ immune systems have to be suppressed to stop them rejecting a new organ, leaving them prey to infections, and the use of immunosuppressant cancer drugs. But it is not just an issue in advanced medicine.

Antibiotics are vital to abdominal surgery. “You safeguard the patient from bacteria leaking into the body cavity,” he said. “If you lose the ability to treat these infections, far more people would die of peritonitis.” Appendix operations would carry the same risk as they did before Alexander Fleming discovered penicillin in 1928. It may not be over yet, he said, but ‘we are certainly scraping the bottom of the barrel to find antibiotics that are effective against some of the infections caused by bacteria.”

Running out is not the only issue, he said. When somebody has a severe infection, such as blood poisoning, causing a high fever, a hospital clinician will dispatch blood samples to the lab to find out exactly what he is dealing with. But that takes time. ‘He will start you on antibiotics because that will kill infection within 48 hours,” said Livermore. “So during 48 hours, you are being treated blind. The more resistant your bacteria are, the less likely the antibiotic is going to work.”

Studies have shown, he said, that the chances of dying from hospital pneumonia or septicaemia (blood poisoning) are twice as high if the bacteria are drug-resistant, rising in the case of pneumonia from 20%-30% to 40% -60%. For a long time now, doctors have known they were in a race to stay a few steps ahead of the rapidly growing resistance of bacterial infections to antibiotics.

Ten years ago the so-called superbug MRSA caused front-page panic in the UK. Hospital patients were picking up Staphylococcus aureus infections that were resistant to the hitherto powerful antibiotic methicillin. All-out war, led by the British government’s former chief
medical officer, Sir Liam Donaldson, against MRSA and also C.diff (Clostridium difficile) has reduced the threat of what are known as Gram-positive bacteria.

Hospital hygiene has been massively stepped up and, in response in part to public anxiety, pharmaceutical companies have put money into finding new antibiotics for those infections. But it’s like putting a finger in a hole in the dam wall, only to find the water surges out somewhere else. Bacteria are great survivors.

The biggest threat now, experts believe, is from multi-drug-resistant Gram-negative bacteria, such as NDM 1-producing enterobacteria and an enzyme called KPC, which has spread in the United States, Israel and Greece, which also gives bacteria resistance to the carbapenems, the most powerful group of antibiotics we had.

“The emergence of antibiotic resistance is the most eloquent example of Darwin’s principle of evolution that there ever was,” said Livermore. “It is a war of attrition. It is naive to think we can win.” So the game now is to keep bacteria at bay.

Hygiene is an obvious weapon. Better cleaning, hand gels and stern warnings to staff and public alike have helped reduce infection rates in hospitals. But professor Richard James, director of the centre for healthcare-associated infections at the University of Nottingham, warns that bugs don’t stay in hospitals (indeed, the NDM 1-producing bacteria appear to be widespread in India, passed on through contaminated water, in which people bathe, wash clothes and also defecate).

“The worry is once these organisms are out in the community,” said James. “There probably is some need for public education about infection and, for instance, kitchen hygiene when you are cooking. People of my generation were taught a lot about washing your hands before every meal. It was automatic that it was done. A lot of that has gone.” There are some innovative ideas about, he said, on ways of teaching children in school to wash their hands — in the hope that they will go home and pester their parents to do the same.

Beyond that there is a real need to conserve those antibiotics we have. “To me, it has many parallels with the problems of energy in economies around the world,” he said. Carbon trading was dreamed up to try to conserve oil and reduce its pollutant effects. There have now been several interesting papers suggesting a Pigouvian tax — which he defines as one levied on an agent causing an environmental problem as an incentive to mitigate that problem — for antibiotics.

Like oil, he said, antibiotic usefulness is finite. And the cost of drug resistance is not reflected in the price of the drug. “If you consider antibiotic sensitivity as a resource like oil, you want to maintain that by introducing a tax,” he said. It would be worldwide and the proceeds could fund new drug development.

But should you tax life-saving drugs, especially in poor countries? “If you don’t do anything, there won’t be any antibiotics anyway,” said James. “At least it is a suggestion of something that could be done.” If anybody had doubted it for a moment, Walsh’s paper shows that no country can pull up the drawbridge. “

This report shows that the battle to control the emergence of antibiotic-resistant superbugs through appropriate use of antibiotics must be fought at an international level,” said Kevin Kerr, a consultant microbiologist at Harrogate district hospital in northern England. Christopher Thomas, a professor of molecular genetics at the University of Birmingham, said: ‘It illustrates the importance of considering health issues as a world issue — how antibiotics are prescribed and controlled in one part of the world can very rapidly have consequences elsewhere.”

“Frankly, pharmaceutical companies — as well as governments and the European Commission — need to really get their act together,” said Walsh, who has been urging coordinated efforts across the world to put in place good surveillance systems to find out what resistance is developing and where and then look for interventions. He had Columbia, Mexico, Thailand and India all willingly on board for one surveillance scheme, but the EC would not fund it.

“What we need is for somebody to give us something like €3-million a year. It’s not a lot of money.” The fact is that many people still have their heads in the sand. But soon we will start seeing patients in health-service hospitals whose infections won’t clear up. In the battle for survival of the fittest between human beings and bacteria, just now it looks as though the best we are going to get is a draw — if we are lucky. —