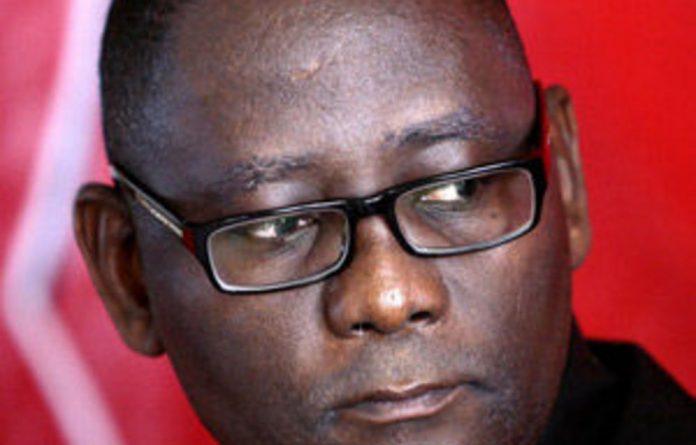 The ANC and Cosatu kept mum following their meeting held at the ANC’s headquarters in Johannesburg on Monday.

“We wouldn’t be communicating on the outcomes of the meeting now … perhaps later,” said ANC spokesperson Ishmael Mnisi.

The meeting was between Cosatu’s leadership and an ANC delegation, including secretary general Gwede Mantashe, and wrapped up late on Monday afternoon.

It came amid strained relations between the ANC and Cosatu emanating from the public-service strike which was recently suspended after three weeks.

Last week, Mantashe criticised Cosatu for being directly involved in the wage negotiations.

During the strike, public service workers, including nurses and teachers, walked off the job. The strike was marred by violence and intimidation.

Mantashe argued that the strike should have been called off, not suspended.

Centre of power
Last month, Vavi described the ANC’s alliance with Cosatu and the SA Communist Party as “dysfunctional” because of confusion over
power.

Cosatu wanted the alliance to be the “strategic centre of power”, while the ANC had long claimed this was its role.

Cosatu’s Mpumalanga chapter urged it to again push for an alliance pact, and for the alliance to be the centre of power, failing which Cosatu should hold a special congress to reconsider its position in the alliance.

The problems in the alliance, according to Vavi, were worsened by corruption and individuals using the government for personal gain.

He warned that a lack of ANC action on corruption would result in Cosatu pulling back its support in the 2011 local government elections.

The ANC and its partners were meant to discuss their relations during a trilateral meeting earlier this year, but this never occured.

Cosatu believed an alliance summit was not convened due to political “paralysis” and “for fear of an implosion, as a result of fundamental differences on the question of where the power lies”. – Sapa

In the book, The Indian Africans, academic Kiru Naidoo explores the society of colonial Natal in the late 1800s to early 1900
Read more
National

So says public protector Busisiwe Mkwhebane’s lawyer, who said she had reason to suspect the money was being laundered through the campaign
Read more
Opinion