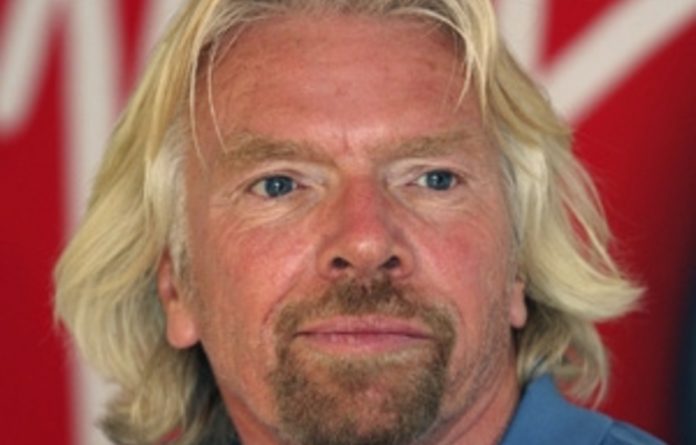 Billionaire Richard Branson urged people on Monday to invest in Zimbabwe, saying the world was wrong to wait instead of helping the politically volatile, impoverished Southern African nation revive itself.

Zimbabwe has struggled to attract foreign aid and investment because of President Robert Mugabe’s policies, which include a plan for local black Zimbabweans to acquire 51% shares in foreign-owned firms, including mines and banks.

Talks to improve Zimbabwe’s ties with the European Union have stalled over slow political reforms in Harare, while US President Barack Obama said last month he was “heartbroken” by Zimbabwe’s decline.

“Zimbabwe is a magnificent country that has had a really rough few years, and either the world can continue to wait and see and not invest … or the world can help [Prime Minister] Morgan Tsvangirai and the coalition government get Zimbabwe back on its feet,” Branson told Reuters in an interview.

“The idea of Enterprise Zimbabwe is to have a sort of safe haven for people to invest through,” said Branson, whom Forbes magazine estimates is worth $4-billion.

Zimbabwe’s once-vibrant economy has been shattered by Mugabe’s policies, particularly the seizure of white-owned farms for the resettlement of landless black Zimbabweans. Mugabe has been in power since the country’s independence from Britain in 1980.

Struggling
A unity government by Mugabe and his political rival, Tsvangirai, appears to have halted the economy’s decade-long free-fall, but the country is struggling to restore productivity, feed its people and repair its ruined infrastructure. Unemployment is estimated at more than 90%.

“In life, people have got to take risks. If everybody waits on the sidelines it will be the people who suffer,” said Branson. “The present state of politics in Zimbabwe is by no means perfect, but it’s a great deal better.”

“Zimbabwe, of all the African countries, it’s got the best chance of getting back … it just needs a bit of help being kick-started,” he said.

Branson said the three-day Clinton Global Initiative in New York was a great place for fundraising.

“We’re hoping to bring other partners into Enterprise Zimbabwe this week and I’m sure that we will,” he said. “You can get a lot done … it’s a good time to twist arms and get other people sold on your ideas.” — Reuters