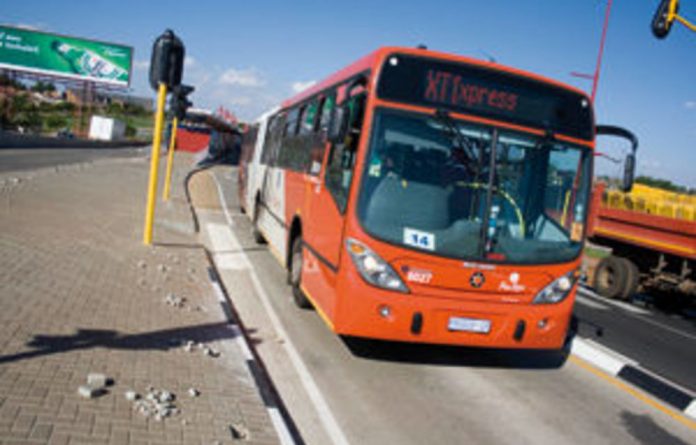 Relatively new in the South African public transport mix is the bus rapid transport (BRT), a system that uses a mix of technology, dedicated road lanes and new-generation buses, to provide high-speed services to commuters in the major cities.

On paper the concept is sound. Instead of rolling out rail-based transit systems, which are expensive and disruptive during construction, BRT provides similar convenience almost immediately at a fraction of the cost, using slightly modified existing road infrastructure.

On the downside, it sidelines taxi operators on some routes, something they have resisted vocally and even violently. But the department of transport is adamant that BRT and taxi services can work together and in fact complement each other in the drive to reduce the number of people using their own cars to commute.

About 43-million South Africans depend on public transport, says Sibusiso Ndebele, the transport minister, and the state is obliged to provide affordable, safe and reliable public transport.

He says the PTS aims to accelerate the improvement in public transport by establishing IRPTNs, which will introduce priority rail corridors and BRT systems in cities. “The strategy is expected to improve public transport services for over half the country’s population.

The long-term goal of the PTS is to have 85% of a metropolitan city’s population within one kilometre of the network. Above all else, the network will provide a transport service that is clean, comfortable, reliable, fast, secure, safe and affordable. “Dedicated busways cut travel times and bring down costs for operators.

“In Johannesburg, Cape Town and Nelson Mandela Bay, construct ion of IRPTN infrastructure is well on track. Other cities, including eThekwini and Mbombela, have invested in public transport infrastructure. Overall, the commitment to the IRPTNs is over R6-billion up to 2010-11, with an additional R8.5-billion planned for the next two years.”

BRTs have been successfully implemented in Latin-American cities, such as Curitiba, Bogotá and Sao Paulo, and elsewhere, including Brisbane, Los Angeles, Ottawa, Rouen, Beijing, Delhi, Jakarta, Nagoya and Taipei.

South Africa is the first country in Africa to roll out BRT services but it’s a long journey ahead for an industry that has to integrate cutting-edge mass transit facilities with a 20-year legacy of private taxi use, which forms an important part of the local transportation economy.

Although many daily commuters have concerns about the safety and reliability records of some taxi operators, they make use of the services because they are ubiquitous and cheap.

BRT aims to compete on price at about R3 a trip, but the routes aren’t as flexible or as varied as those offered by taxis in the formal and informal industry.

Johannesburg and Cape Town have paved the way for BRT and other metropoles are set to follow suit. But commuter buy-in is a component in the melange that could yet prove to be a rocky road.