Geely versus Volvo: Is this the end? 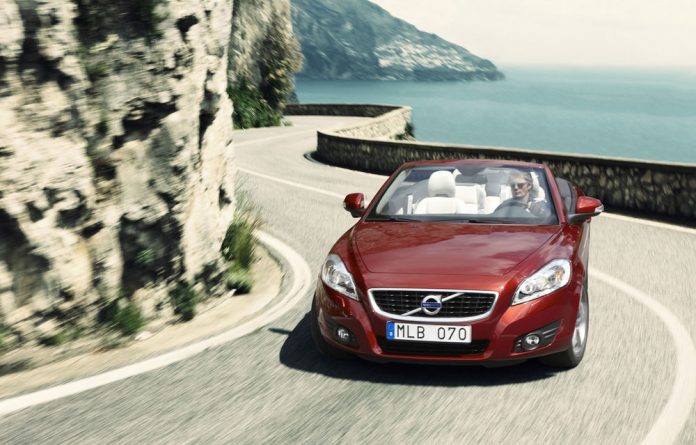 Chinese car-maker Geely has bought Volvo and Ray Leathern has been driving a C70 wondering if this is the beginning of the end for Volvo.

The Geely Holding Group announced on August 2, that after a year’s worth of negotiations it had acquired 100% of Volvo Cars from Ford. The bill came to $1,8-billion, $1,3 billion of which Geely paid to Ford up front for the ailing Nordic car company. A piffling amount when you consider Volvo has reputedly lost $2,6-billion over the past two years alone.

Volvo hasn’t been a profitable company for many years now, the reason for this being its costs are high, and despite the cars being long on engineering, they don’t command a luxury premium. Cleary, the way Ford and Volvo did business needed to change.

Older Volvos such as the XC90 used to be class-leading. Newer Volvo products of the past four years have been quietly impressive, but they’ve been few and far between. The XC60 and C30 were the only proper, from-the-ground-up, new offerings. The rest have been tweaked, nipped, tucked, reheated leftovers with a bit of HP sauce chucked in.

The new C70 T5 is a perfect example of what I’m talking about. I adore this car. I love the facelift Volvo has given it. It is, if I’m honest, the bare minimum needed to qualify as a new model, but with its bigger wheels and botoxed eyelids, it just works.

The driving experience is still just as you’d imagine. It’s a boulevard cruiser but its turbo, five-cylinder motor is like soaking in a bathtub of condensed milk. It’s no mountain road ripsnorter, but it can get on every now and then. And it’s so comfortable and gifted with its ergonomic talents on the inside that you feel more Swedish with every drive. The floating centre console has been around forever, I know, but if you just take a second to appreciate how seamlessly the controls are packaged, like the clever piece of interior design that it is, you can almost feel your brow being smoother. The C70 is a relaxing car to live with. I’m not surprised the Swedes live to be one of the oldest nations on earth.

However, fuel consumption and emissions regulations are where Volvo is being left behind these days. And there is virtually nothing new or reengineered under the skin from the old C70, because of the programme of industrial rationalisation Ford has used to keep Volvo on. So with your sensible slacks on you’d be best advised to take advantage of Volvo’s famously low resale value and buy an old C70, second-hand. Same engine, same clever roof, same comfortable seats, same everything — just a bit less attractive. But should you be buying a Volvo at all?

Under Geely’s new arrangement with Volvo, former Chief Executive of VW America, Stefan Jacoby, has been installed as President and CEO of the Volvo board, which has recruited several ex-Volvo and Ford personnel and is chaired by chairperson of the Geely Holding Group, Li Shufu who assured everyone at the signing of the acquisition, in London: “This famous Swedish premium brand will remain true to its core values of safety, quality, environmental care and modern Scandinavian design as it strengthens the existing European and North American markets and expands its presence in China and other emerging markets.”

Volvo will maintain its autonomy, keep its headquarters in Gothenburg, Sweden and it will maintain its link to Ford with manufacturing concerns in Belgium, but the board, under control of Geely, will be making the strategic decisions, mostly involved in increased, cost-effective, production in the booming Far East.

It sounds like a win/win for everyone, doesn’t it? But that’s what they always say at the beginning of a new industrial marriage. Volvo loyalists still get a Swedish car made in Europe and Geely can make Volvo some money in the East, hopefully pulling them out of the red, allowing Volvo the scope to develop new models and rejuvenate itself as a premium brand. Only time will tell.

No doubt Geely are going to need to rationalise some of Volvo’s business, it would be impossible for them not to given that they are inheriting Volvo’s dire financials. Though they are adamantly saying they’ll keep the current structure — a money-losing structure at the moment, don’t forget.

But talk from Geely chairperson Shufu is encouraging at least: “I see Volvo as a tiger. It belongs to the forest and shouldn’t be contained in a zoo, the heart of the tiger stays in Sweden.”