‘We need to know what our government is up to’ 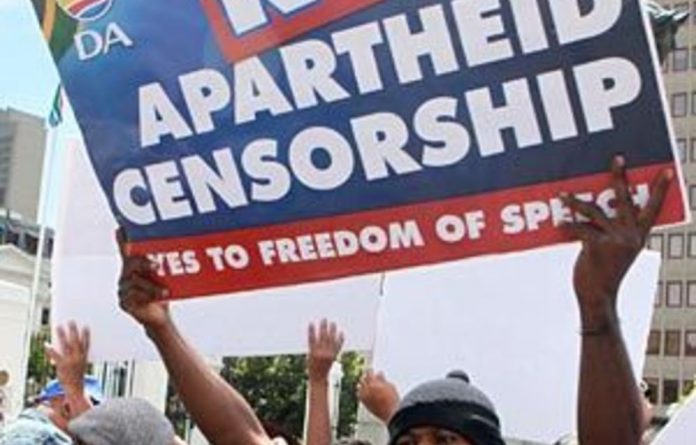 Addressing a crowd of DA supporters following a march to Parliament, DA federal chairperson Wilmot James said: “We need to know what our government is up to, because, if it is doing the wrong thing, we want to say so and demand that it be made right.

“State information is our information, not only the government’s,” he said.

The Constitution protected citizens’ rights to have state information because citizens had ownership by virtue of taxation.

“That is how it should be in a democracy.”

The Promotion of Access to Information Act was passed by Parliament and enacted by former president Thabo Mbeki.

This law spelled out very clearly which circumstances allowed the government to withhold certain classes of information from its citizens.

They had largely to do with clearly delineated matters of state security.

It was, for example, entirely proper to maintain secrecy about the president’s upcoming travel plans.

“It is not, however, a legitimate state secret to know how often the president has travelled over the last year, even where and at what cost,” James said.

“Free speech is essential to an independently minded and exacting citizenry, the lifeblood of a vibrant and functional democracy.

“Mess with free speech and you mess with our democracy. It is not yours to mess with. You are our humble servants. We are not yours,” he said.

To stubbornly press on with the “Secrecy Bill”, the government was not only arrogant, but also paranoid, he said.

The ANC was moved not by rational concern, but by paranoia about leakers and peddlers of information because of their “pathetic internal squabbles over the spoils of corruption”.

“They want to use state institutions and national laws to cover up and shield citizens from their inability to find a decent direction,” James said.

‘Puzzling’
In a statement later on Tuesday, Motshekga’s office said the DA’s decision to march to Parliament in protest against the Bill, which was being processed by a parliamentary committee, was puzzling.

“Having just concluded public hearings on the Bill, Parliament is currently considering views from various sectors of our society to ensure that they form part of the final draft to be presented to the National Assembly sitting for voting.”

The DA had always been, and continued to be, part of all parliamentary forums dealing with the Bill through its representatives in the institution.

“It is unheard of that a political party organises a march against an institution within which it enjoys a significant representation, thereby undermining and pre-empting the very formal process it is party to.

“It verges on the absurd as it is tantamount to MPs marching against themselves,” he said. — Sapa