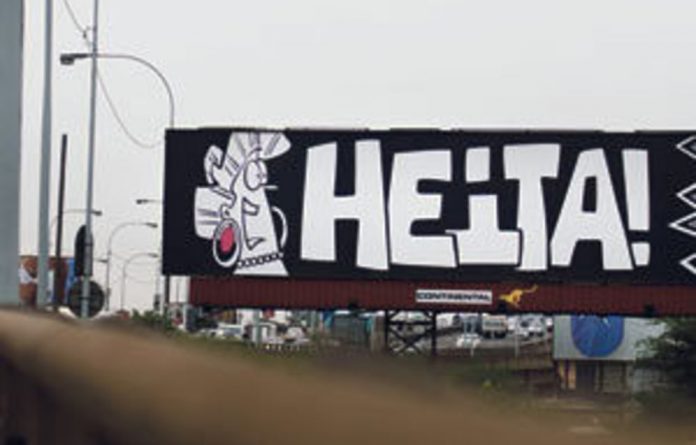 As of Monday South Africa will have a fourth mobile operator and it means business. The new operator, which has been dubbed “8ta”, is the mobile arm of South Africa’s fixed-line operator, Telkom.

Speculation suggested that Telkom’s new mobile arm would be named “Heita”, after the prominent marketing campaign in which the phrase, which means “hello”, has been scrawled across buses, newspapers and billboards.

But the marketing campaign was aimed at teaching South Africans how to pronounce the new mobile company’s name.

“Consumers will at last have real choice,” he said.

Numerous analysts predicted that Telkom would face an uphill battle entering a saturated South African mobile market as the fourth operator. However, 8ta appears to be fighting smart, with some intelligent value propositions for its future customers.

The most impressive of its offerings is its policy of rewarding customers by giving them one free second of talk time for every three seconds of a call they receive.

Incoming calls cost Telkom nothing except the cost of terminating the call on its network, which Icasa has valued at 40c a minute and some analysts feel could be as low as 20c a minute. However, 8ta will receive an interconnect tariff of 89c a minute, so if it costs it 40c to terminate the call, it will still make an interconnect tariff profit of 49c a minute. It can therefore afford to give subscribers back a third of all the seconds in calls they receive on their phones.

However, with the vast majority of mobile phone users subscribed to MTN, Vodacom and Cell C, 8ta will be a net payer of interconnect tariffs and it is yet to be seen how this will affect it’s bottom line.

8ta’s other value offerings include an almost 60% reduction in current rates for mobile-to-fixed line calls, to a rate of 65c a minute, and a standard R2,50 call rate to more than one hundred international destinations.

Heavy SMS users will also be happy with its text-message value offering, in which customers who send more than five SMSes in a day will receive a further 50 free SMSes to use before midnight of the same day.

Simplicity appears to be key to 8ta’s offerings, with customers offered only one prepaid package initially and a second to be added at a later point. Also, the new entrant has the same call rate for off-net and on-net calls. 8ta plans to launch its post-paid or contract offerings some time next month.

“We are staggering our product introduction in partnership with our channel partners to manage a flawless launch,” reads 8ta’s launch press release. 8ta already has a retail presence through Telkom’s 130 Telkom Direct shops.

Telkom SA managing director Pinky Maholi said 8ta will launch six flagship stores, which will be 8ta-specific and that 20 to 30 of the Telkom Direct shops will have an 8ta store built into their current retail space.

However, Maholi emphasised that customers can sign up for 8ta in any Telkom store and airtime will be sold in major retail stores such as Jet, Edgars and CNA, with Shoprite and Pick n Pay to come on board shortly.

Maholi said the new mobile company aimed to have 40% of the geographical area it covered serviced by its own network, but it had not reached this goal at the time of the launch.

8ta has 800 base stations across the country and plans to construct a further 3200 in the next five years. It covers all major metropolitan areas with its own network.

It has secured a roaming agreement with MTN so that areas in South Africa which it cannot cover with its own network will be covered by the MTN network.