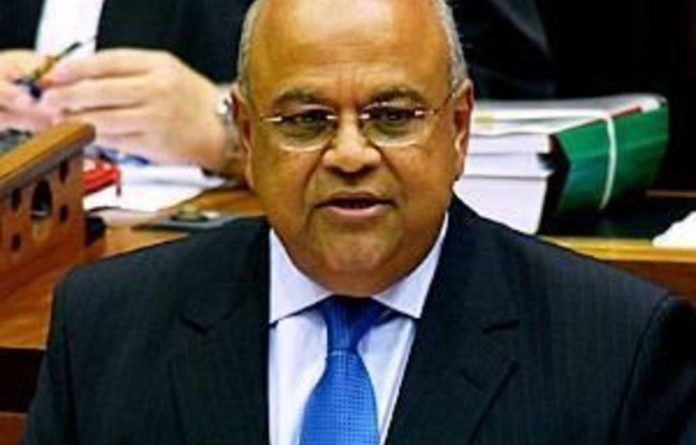 Pravin Gordhan paused in his Medium-Term Budget Policy Statement on Wednesday to make what seemed a rote remark about the tax season. “Let me, therefore, applaud the many millions of our country’s taxpayers who respect their side of the social contract which has allowed us to continue our vital social and infrastructural investment without over-burdening ourselves and future generations with unmanageable levels of debt,” he said.

That remark, read with the more detailed treasury statement it was based on, is the key to Gordhan’s emerging articulation of South Africa’s policy vision for the next decade. The statement gives the social-contract approach a more ambitious dimension. “South Africans have a special opportunity to forge a broad-based social compact aimed at facilitating effective partnerships between government, business, labour, communities and civil society in pursuit of common goals,” it argues.

It is a favourite theme of Gordhan’s that the reform of the South African Revenue Service (Sars) and the dawning understanding among South Africans of the importance of honesty in tax affairs was no mere technocratic achievement. Rather, he feels it laid the foundation of an altered relationship between citizens and the state.

A transparent budget process developed under Trevor Manuel, Maria Ramos and Lesetja Kganyago then informed citizens how the money was being spent and, increasingly, of the quality of outcomes.

The centrality of this to Gordhan’s approach explains why, as Sars commissioner, he regularly mystified journalists by discussing global tax justice and recommending little-known books on the subject.

Seen in this light, his investigative team’s relentless pursuit of nearly R1-billion in tax claims against businessman Dave King was not so much a personal battle as an attempt to cement the basic deal that has facilitated the economic and social policy framework of the past decade.

There are serious structural and political limits, however, to this arrangement and the medium-term budget, in spite of the widely held view that it said little new, in fact represents the first evidence of how Gordhan plans to use his expanded powers to complete the job.

At issue is a much broader and more robust deal that demands sacrifices of government, labour, business and citizens to lay the foundations of more rapid economic growth.

The millenium development goals and South Africa’s woeful performance on indicators such as infant mortality and maternal health were not favoured topics during Trevor Manuel’s ministerial term. He worried that they might distort spending policy. But they are now cited in the opening pages of the statement, perhaps in a bid to reinforce the point about the quality of spending.

Tackling inefficiency and corruption is seen as crucial to government’s role in an expanded social pact, along with balanced accounts and structural reforms.

Measures designed to fix the problems include a review of each department to assess its capacity to handle tenders, stepping up tax compliance,and requiring full transparency, so that all tenders are available for inspection by outside parties.

Strike against secrecy
This seems a direct strike against the veil of secrecy that the Protection of Information Bill has sought to draw across government. Derelict departments may have to hand over contracting powers to the treasury. There will also be heavier penalties: both the official involved and contracting party can be fined twice the price of the contract.

Gordhan’s efficiency drive will focus on departments that have increased their administrative staff at the expense of the front-end staff responsible for service delivery. He cited the South African Police Service as being administrator-heavy.The mooted national health insurance scheme will not be implemented until inefficiencies in the present system, including provinces’ diversion of health funds for other purposes, are rooted out and it is worked out how it will be funded.

“In preparation for NHI reforms several preparatory steps are proposed,” the statement says, in a commitment to a long-term process rather than the big bang touted at the ANC’s September national general council.Gordhan made it clear, too, that the public sector wage bill was rising at unsustainable rates. Last year’s R247-billion bill was budgeted to rise to R269-billion, but the government has had to find an extra R6-billion to fund unanticipated increases arising from the recent public sector pay round.

Senior treasury officials make it clear that this is the biggest fiscal policy worry: successive above-inflation increases and the lack of political will to deal with them are consuming resources at a growing rate and crowding out other priorities.

Here the role of organised labour in any broad national deal comes into focus.

The youth wage subsidy and the relaxation of labour laws for young workers mooted in February’s budget — which President Jacob Zuma backed in a March interview with the Mail & Guardian — have not been removed from the policy toolkit, in spite of union resistance.

His officials speak privately about the pressures on Chinese clothing factories in KwaZulu-Natal as a crucial example on which to base a rethink of labour regulation. Workers angrily insisted that their employers be allowed to continue paying below sectoral minimums rather than lose their jobs.

Flexibility
Calls for wage restraint and greater flexibility in collective bargaining agreements — rather than a relaxation of hiring and firing rules — remain central to treasury thinking on more broadly shared growth.

As for the Cabinet’s “new growth path” and its mooted industrial policy interventions to create five million new jobs, the statement underscores treasury’s belief that growth will achieve that in itself. Seven percent growth for 10 years will double national income and create five million jobs, it points out.

Indeed, departmental insiders continue to refer with some frustration to the “myth of jobless growth” in the run-up to the global financial crisis in 2008, when growth approaching 5% steadily trimmed unemployment from around 30% to 23%.

Business, on the other hand, is asked to accept price discipline in the form of more competition and improved productivity. That goes for state-owned enterprises too.

A new transport regulator is mooted and Transnet may find the profit it is currently able to extract from its near-monopoly control of ports clipped as more private sector players are introduced and rules toughened. That should help underperforming export industries and the mining sector.

So, while the left talks of a new growth path, which treasury officials expect will begin to have an impact on budget allocations only in about 2012, the crisp message from the statement is subtly but substantially different: “partnerships between government, business and labour to raise competitiveness, expand production and create employment”.

The question hanging over all of this is the capacity of other government departments to carry it out. Gordhan has vastly more scope now than he did at Sars, but will his Cabinet job and implicit presidential backing give him the leverage to do with government more broadly what he did with the revenue service?

He is of course, a trained pharmacist and the emphasis on fiscal rectitude, efficiency and social justice captured in the statement make sense coming from someone who has run a small business dispensing medicine.

It could be the cure for what ails us, but he is going to need a good deal of political help to fill the prescription. If only behind the scenes, he seems to be getting it, for now.