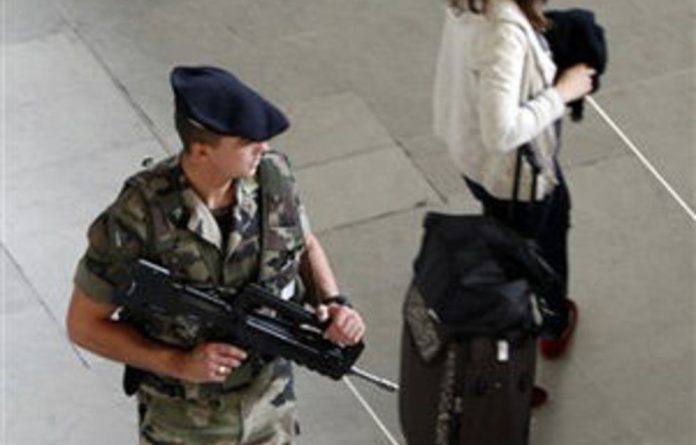 Yemeni forces on Saturday arrested a woman believed to be involved in sending explosive packages bound for the United States that triggered a global security alert, Yemeni security officials said.

The arrest was the first in the case, in which two air freight packages containing bombs — both sent from Yemen and addressed to synagogues in Chicago — were intercepted in Britain and Dubai.

The officials said the woman had been traced through a telephone number she had left with a cargo company.

They told Reuters she was a medical student at Sanaa University and believed to be in her 20s. She was arrested in a poor neighbourhood in the west of the Yemeni capital Sanaa.

The women’s lawyer said her mother had also been detained, but was not a prime suspect.

Britain said the device found on a cargo plane at its East Midlands airport was big enough to down an aircraft.

“We believe the device was designed to go off on the aeroplane. We cannot be sure about the timing when that was meant to take place,” Prime Minister David Cameron told reporters at Chequers, his country residence outside London.

“In the end these terrorists think that our interconnectedness, our openness as modern countries is what makes us weak,” he said. “They are wrong — it is a source of our strength, and we will use that strength, that determination, that power and that solidarity to defeat them.”

Hallmarks of al-Qaeda
Dubai had said on Friday that it had found a viable bomb.

Officials say the bombs bear the hallmarks of al Qaeda’s Yemeni branch, al-Qaeda in the Arabian Peninsula (AQAP). At least one bomb included PETN, the explosive used in a failed attempt to blow up a US airliner on Christmas Day last year.

The White House said Saudi Arabia had helped to identify the threat, and US President Barack Obama thanked Saudi King Abdullah for the “critical role” his country had played.

Saudi Arabia has come under huge international pressure to take on al-Qaeda since it was found to be the home of most of the attackers who struck the United States on September 11 2001, killing 3 000 people.

An official in Washington called Saturday’s arrest “a demonstration that Yemen is taking this seriously and cooperation is strong and ongoing”.

There was a heavy police presence on the streets of Sanaa on Saturday night, with checkpoints throughout the city and on the road to the airport, as police hunted accomplices.

Saleh said his country was “determined to continue fighting terrorism and al-Qaeda in cooperation with its partners”, but warned Washington against taking matters into its own hands.

“We do not want anyone to interfere in Yemeni affairs by hunting down al-Qaeda,” he said in a brief appearance before journalists, who were not given an opportunity to ask questions.

Saleh said Yemen would like better intelligence cooperation with the US, British and Saudi governments.

Drone attacks
US drone aircraft are widely believed to be behind strikes against al-Qaeda targets in Yemen, much as they are in Pakistan, although Washington does not acknowledge them. Yemeni officials worry an overt US military presence could attract a backlash.

US officials say Obama has given the CIA the green light to hunt and kill al-Qaeda figures believed to be in Yemen, such as US-born AQAP propaganda chief Anwar al-Awlaki.

In Washington, US Homeland Security Secretary Janet Napolitano said authorities were checking whether other packages had been sent before the two that were intercepted.

“We’re doing some reverse engineering, as it were, to identify other packages from Yemen,” she said on NBC News.

The Yemeni suspect’s lawyer, Abdel Rahman Burman, said he feared she had been unwittingly used by others.

“Her acquaintances tell me that she is a quiet student and there was no knowledge of her having involvement in any religious or political groups,” he told Reuters.

“I’m concerned the girl is a victim, because it doesn’t make sense that the person who would do this kind of operation would leave a picture of their ID and their phone number.”

One of the packages was found on a United Parcel Service cargo plane at East Midlands Airport, north of London. The other bomb was discovered hidden in a computer printer cartridge in a parcel at a FedEx Corp facility in Dubai.

That package was brought in on a Qatar Airways plane that stopped over in the Qatari capital Doha, the airline confirmed.