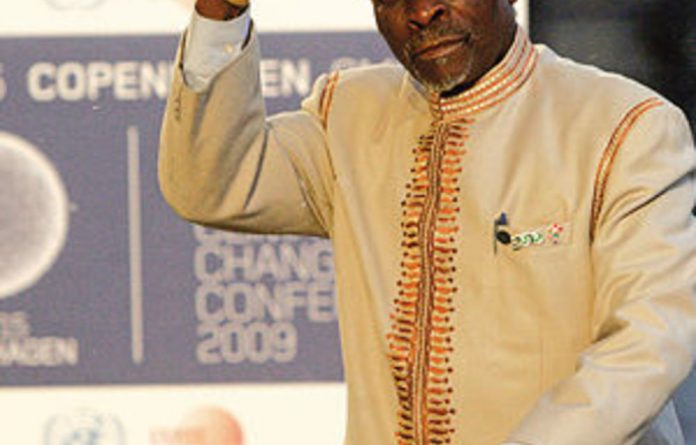 With only weeks to go before regional and local elections, Namibia’s ruling Swapo Party is coming under tremendous pressure from the civil servants who plan to march on the government unless the entire management of the state pension fund is dismissed and millions of Namibian dollars in unpaid empowerment loans are recovered.

This came on top of a stream of bad news — unemployment is at a record high of 51,2% and Swapo has suffered a setback in the supreme court, which ruled that the high court had erred in rejecting an opposition party application to have last year’s national and presidential elections set aside.

Judge President Petrus Damaseb and his colleague, Collins Parker, have now asked the opposing legal teams for suggestions on how to “adjudicate” the election case, a source close to the matter said.

Critics slammed this as a “face-saving manoeuvre” by Damaseb to avoid having to rule that last year’s election results should be nullified.

Swapo’s highly unpopular plan to impose regional governors — they will now to be appointed by the president rather than elected — has also drawn criticism from its own supporters, who see it as evidence of an increasingly autocratic trend in the party’s leadership.

Threats by supporters
Dissatisfaction with Swapo’s habit of imposing hand-picked representatives on its rank and file has also led to threats by supporters to start their own ratepayers’ associations to contest upcoming elections.

At issue is a litany of mismanagement in many smaller municipalities by Swapo representatives, whose avarice and self-serving habits have seen services all but collapse.

The drawn-out scandal at the Government Institutions Pension Fund has, however, become the focal point of the elections after the umbrella National Union of Namibian Workers (NUNW) rejected a forensic audit commissioned by the government as a case of too little, too late.

In a stormy meeting with civil servants NUNW’s secretary general, Evilastus Kaarondo, was careful not to paint Swapo as complicit in the looting, but the political connections are hard to miss.

During former president Sam Nujoma’s last term in office, between 1999 and 2004, about R660-million was dished out to companies linked to a small group of individuals, including Nujoma’s brother-in-law, Aaron Mushimba, son-in-law David Imbili and other close political associates.

Collapse
By 2005 it was clear that most of the loans had never been repaid, as the owners simply collapsed their companies and walked away — without any effort to recover the money.

Galvanised by media reports, the state in 2005 instituted an audit and set about recovering what it could. In most cases those responsible got off scot-free with the bling they had bought with the civil servants’ ­pensions.

The pension fund and Prime Minister Nahas Angula admitted that “mistakes were made” and succeeded in keeping a lid on the probe.

But just how egregious the mismanagement was became clear as copies of the original audit report were leaked, showing that many black employment equity businessmen used the fund as an ATM, creating new companies to obtain new loans.

For civil servants struggling to make ends meet, this was the straw that broke the camel’s back. They want to see action taken against those who abused positions of power to enrich themselves.

Demands by the union
The union made it clear that, unless immediate action was taken, they intended marching on the government until their demands were met — those who embezzled their pensions had to repay it immediately, they demanded at the meeting.

In an earlier interview, Angula admitted that the government did not want to take action on the pension fund in 2005 for fear that this could be seen as a witch-hunt against Nujoma. Many of the loans were reportedly issued under pressure from Nujoma’s office.

For Swapo, this posed an insoluble political conundrum — openly to criticise the “Founding Father” amounts to political heresy, especially when the party habitually runs self-laudatory praise based on its past record.

The unions’ emergence as an opposition force is significant. Until now, they have been a docile political doormat for the ruling party.

Pick your battles. Be careful who you sleep with. And learn to accept defeat
Read more
Africa