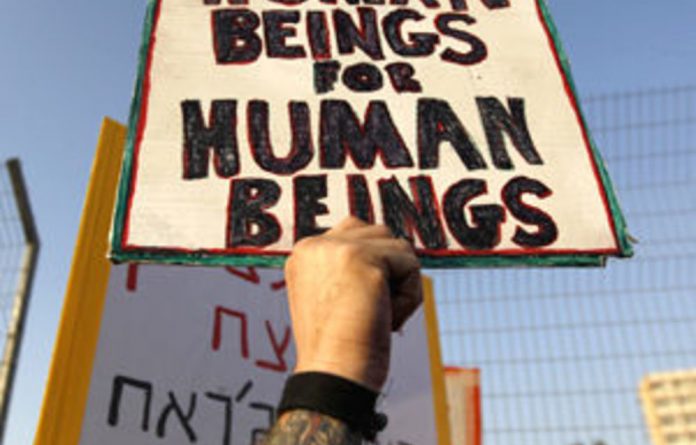 A senior Israeli intelligence official has warned of the dangers of renewed attacks on Israel by Hamas militants based in the West Bank and a wave of violence from Jewish extremists, both of whom were trying to derail peace negotiations.

Security services were concerned about violence from hardline settlers in the West Bank against Palestinians and Israeli security forces, the source said. “This is a big danger. So far it is not terror attacks, but we know that it can very fast become terror attacks.”

Settler violence has stepped up over recent months, including attacks on mosques and the destruction of Palestinian olive groves. Some actions against Palestinians have been dubbed “price-tag” operations, in retaliation for the Israeli government’s freeze on settlement construction.

A renewed moratorium on building in West Bank settlements, which could be agreed by the Israeli security cabinet, and progress in peace talks would provoke further attacks by Jewish extremists, warned the source, whose briefing was on condition of anonymity.

At the same time Hamas was making “big efforts to rebuild its infrastructure in the West Bank to carry out attacks in Israel. This is a very dangerous development we are facing,” he said.

According to intelligence gleaned from the interrogation of militants arrested after the shooting of four settlers near Hebron on the eve of the opening of peace talks in Washington in September, Hamas was “planning a wave of very big attacks in Israel to foil the peace process”.

Israeli intelligence also had evidence that Hamas was behind recent rockets fired from Egypt on the Red Sea resorts of Eilat in Israel and Aqaba in Jordan.

The past four years has seen a steep decline in attacks, attributed to the separation barrier built in much of the West Bank, a security crackdown by the Palestinian Authority and doubts among Palestinian militants about the costs of armed struggle.

In Gaza, the source said, Hamas was more constrained after the three-week war in 2008-09, although it was making “very big efforts to build up military capabilities” by smuggling weapons from Egypt through tunnels under the southern border of the Gaza Strip. It possesses rockets with a reach of up to 80km, capable of hitting Tel Aviv, he said.

Egypt should be making more effort to prevent weapons being transported through the tunnels, he said. “Egypt is a sovereign state with a peace agreement with Israel. It is not doing enough to stop the smuggling of weapons.

“We can show photos of Egyptian soldiers located less than 20m from the opening of a tunnel, and nobody is doing anything about it.

“Egypt could stop all smuggling of weapons in 24 hours if it wanted to, but there is not enough motivation.” He blamed corruption among Egyptian security forces in the Sinai.

The source also said there is no possibility of reconciliation in the next few years between Hamas, which controls Gaza, and Fatah, dominant in the West Bank.

It will be very hard to unite them into one people and one state. This is one of the biggest problems of the peace process.” — Guardian News & Media 2010