Polio comes back to haunt Africa 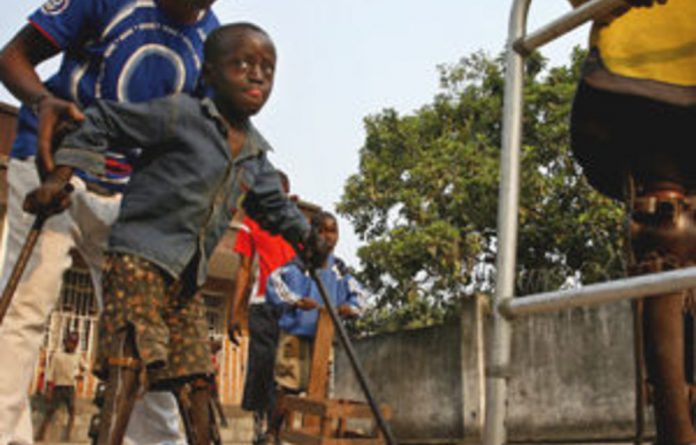 Bad immunisation strategy has been blamed for an outbreak of polio, which has killed nearly 200 and is believed to have caused paralysis in more than 2 000 others across Angola, Congo and the ­Democratic Republic of the Congo (DRC).

A mass vaccination campaign has now been launched to cover the population of Congo, 16 districts of the DRC and the Angolan ­province of Cabinda.

The World Health Organisation (WHO) has, meanwhile, placed neighbouring countries on high alert in case the virus spreads across more borders.

Polio, a highly infectious viral disease that invades the nervous system and can cause irreversible ­paralysis in a matter of hours, has not been seen in Congo for a decade.

As a result, health services there have struggled to cope with the scale of the outbreak, which began in Pointe Noire in October and has been described as a “national catastrophe”.

As of November 22, there were 409 reports of acute flaccid paralysis (AFP), the symptomatic presentation of polio, and 169 deaths in Congo alone.

Mortality
Dr Brigette Toure, West and Southern Africa polio immunisation specialist for the United Nations Childrens’ Fund (Unicef), said: “Because Congo has had no cases for 10 years, this outbreak came as a surprise to us.

What is worrying is the high mortality rate and the fact that it is affecting young adults in their 20s, mostly men, because these are working people whose families’ incomes will be affected.”

Across the border in the DRC there have been 1 593 reports of AFP, 49 confirmed polio cases and several deaths.

The polio detected in the DRC and Congo is a strong genetic match to the strain of the polio virus first detected in Angola in 2006 after it was imported from northern India.

That was Angola’s first case of polio for three years, but the disease spread quickly and this year there have been more than 300 AFP cases, 29 confirmed reports of polio and at least four deaths.

According to local media reports, a number of people showing the symptoms of AFP have been dumped at local hospitals because their relatives are worried about contracting the disease themselves.

Polio is passed by person-to-person contact, with most people able to be carriers without any signs of infection, spreading the virus “silently” to thousands before paralysis sets in.

Reaching communities
If sufficient numbers in a community have been immunised through regular public health campaigns, the virus will not be passed on and will eventually die out.

According to the WHO, however, one in four children in Angola were missed in recent vaccine campaigns for under-fives, creating weak spots within communities and allowing the disease to take hold.

Sona Bari, from the WHO’s Polio Eradication Initiative, said: “If we had conducted high-quality campaigns that reached more than 90% of children, we would have been able to stop this,” she said, “But in pockets of Angola, up until a few months ago, we were missing more than 20% of children.” But, she said, the scale of the problem and greater political engagement had refocused vaccination efforts and the health authorities were benefiting from financial and logistical support from the United Nations Children’s Fund (Unicef) and other agencies.

Dr Koen Vanormelingen, the head of Unicef in Angola, told the Mail & Guardian: “In recent months we have made dramatic progress in terms of the quality of the immunisation campaigns in Angola.

“The patrols are improving and more children are receiving the vaccine. We have been struck by how much demand there has been for immunisation from families. We’ve not seen any resistance. Everyone wants to make sure their children are immunised and that is encouraging.”

He said a campaign to encourage hand-washing and improved sanitation, also key to stopping the spread of the disease, which thrives in unhygienic conditions, was being run alongside the vaccination programme.

Congo’s immunisation strategy has also come under the spotlight, with the wildfire spread of the disease among young adults exposing a generation who appear to have missed out on key childhood vaccinations.

“One lesson we can perhaps learn from this is not to focus all our attention on under-fives,” Dr Toure said. “But, for now, the first thing is immunisation to stop the epidemic.”

Financial needs
Vaccinating whole populations, however, is not an overnight task and it comes at a cost. The WHO, Unicef and fundraising group Rotary International launched an urgent appeal for $23,5-million to help tackle the outbreak.

As well as paying for the vaccines, money is needed to ensure the immunisation campaigns are mapped to the micro level to include the entire population, even those in hard-to-reach rural and urban slums.

Failure to navigate Angola’s overcrowded capital, Luanda, home to an estimated eight million and where many live in overcrowded conditions, has been partly to blame for the poor take-up of polio vaccinations.

The WHO’s Bari said Luanda had very much been the “epicentre” of Angola’s outbreak, but pointed out: “There are countries that are poorer and more chaotic than Angola that have managed to stop polio. It’s a question of political commitment and realising that this is the last chance.

“Let’s not forget, Angola has itself stopped polio before, so there’s no reason it can’t be done now.”

Since the launch in 1998 of the WHO’s Global Polio Eradication Initiative, the incidence of polio has been reduced by more than 99%.

In 1988 more than 350 000 children were paralysed each year in more than 125 endemic countries. Now there are only four countries where polio is endemic: Afghanistan, India, Nigeria and Pakistan, with Angola and the DRC classified, with Chad and Sudan, as “countries with re-established transmission”.

The latest African outbreak was, Bari said, a stark reminder of how important it is to maintain a focus on eradicating polio.

A report published this month in the journal, Vaccine, notes that stopping polio transmission in the next five years could provide net benefits of up to $50-billion.

Dr Kimberly Thompson, a senior author of the study, said: “Prevention activities like vaccination often go unappreciated because it is difficult to count cases of a disease that do not occur.”

Covid resources: Developing countries at the mercy of their wealthier counterparts

A survival kit for healthcare workers, before the Covid-19 third wave hits