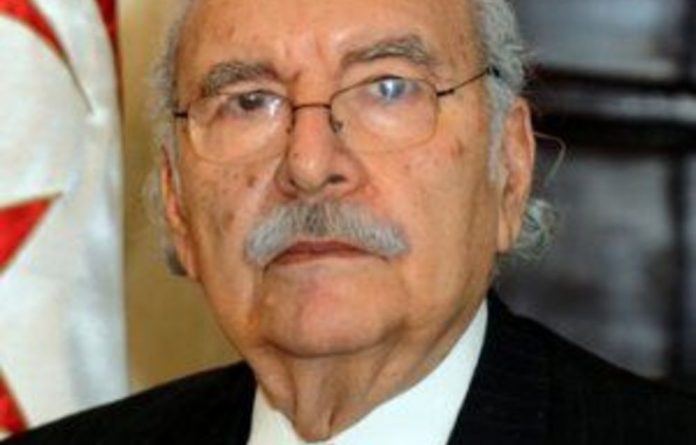 “The army has launched an assault on the palace in Carthage, where elements of the presidential guard have taken refuge,” the senior source told Agence France-Presse (AFP) on condition of anonymity, as a witness reported heavy gunfire in the area.

Security forces also shot dead two gunmen who were hiding in a building near the interior ministry in the centre of Tunis and exchanged fire with some other gunmen near the headquarters of the main opposition party, the Progressive Democratic Party (PDP).

Prime Minister Mohammed Ghannouchi on Sunday vowed there would be “zero tolerance” for anyone threatening the security of the country and said a new government for the North African state “may be” announced on Monday.

An opposition leader told AFP the government would definitely be announced on Monday and would exclude parties close to the disgraced former president, who fled to Saudi Arabia on Friday after a wave of protests against his regime.

“There has been a consensus decision to exclude the pro-governmental parties,” said Maya Jribi, head of the PDP.

‘Nonsense’
United States (US) Secretary of State Hillary Clinton said the United States was “encouraged” by the vows of Tunisia’s prime minister and interim president to usher in a new era of “truly representative government”.

Ghannouchi held consultations with the leaders of the main opposition parties in Tunis on the formation of a national unity government to fill the power vacuum left by Ben Ali’s abrupt departure after 23 years in power.

Two parties banned under Ben Ali — the Communist party and the Islamist Ennahdha party — have been excluded from the government talks.

Head of Ennahdha Rached Ghannouchi — who lives in exile in London — told AFP earlier that he now intended to return to Tunisia.

Ben Ali’s ousting has sent shockwaves around the Arab world as he was the first Arab leader in recent history to be forced out by street protests.

There have been four attempted public suicides in Algeria this past week in apparent copycat replays of last month’s self-immolation of the 26-year-old graduate in Tunisia which triggered the revolt against Ben Ali.

‘Major food shortages’
Tunisia has been in a state of chaos since Ben Ali’s downfall and observers warned that change in the North African state would be far from smooth because of the tightly-controlled system of power put in place by the former leader.

Officials on Sunday said they had arrested General Ali Seriati, the head of Ben Ali’s presidential guard, on charges of plotting against the state and fomenting an armed insurrection against the new leadership.

“You can’t ignore the power of disruption of the presidential security apparatus that was headed up by General Ali Seriati. It has thousands of supporters of Ben Ali,” a source said on condition of anonymity.

Ben Ali’s nephew, Kais Ben Ali, was also arrested earlier along with 10 other people in the central town of Msaken — the Ben Ali family’s ancestral home — for allegedly “shooting at random” from police cars.

Some cafes and grocers had re-opened earlier on Sunday in the centre of Tunis — the scene of violent clashes in the days running up to Ben Ali’s flight — as security forces continued their lockdown of the city centre.

“There are major food shortages. We don’t have enough bread and flour. We risk a food crisis if this continues,” said Najla, who was filling her basket with meat and vegetables at the main market in Tunis.

‘The greater national interest’
A French-German photographer from the EPA agency hit in the head by a tear gas canister during the protests in central Tunis on Friday was “in a critical but stable condition”, an official at the French consulate said.

The man, Lucas Mebrouk Dolega (32) was earlier reported to have died.

A source at the military hospital in Tunis earlier on Sunday said that Imed Trabelsi, a nephew of Ben Ali’s, was stabbed and died on Friday.

Tunisia’s new acting president, speaker of Parliament Foued Mebazaa, was sworn in on Saturday after Ben Ali resigned and fled Tunis following weeks of social protests in cities across the North African state.

Mebazaa said on Saturday that all Tunisians “without exception” would now be able to take part in national politics in the once tightly-controlled country and a presidential election is due to be held in two months’ time.

Mebazaa called for a unity government for “the greater national interest”.

International powers including European nations and the US urged calm in Tunisia and called for democracy in the southern Mediterranean country after events that Tunisian bloggers have dubbed the “Jasmine Revolution”. — Sapa-AFP