Parliament to Cope: Who is your leader? 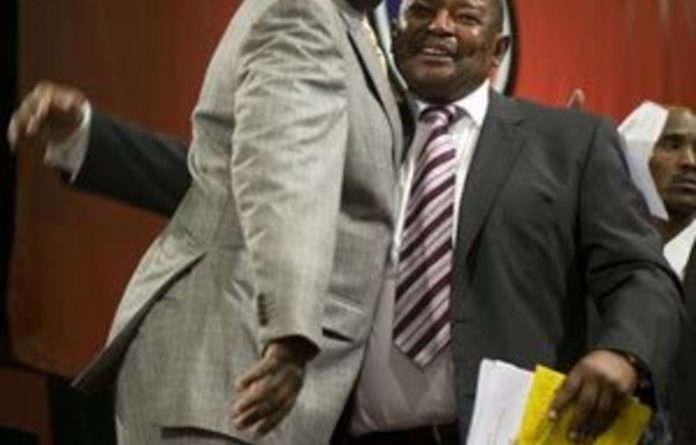 Just 17 days before this year’s opening of Parliament, the ongoing power war being waged between Congress of the People (Cope) co-founders Mosiuoa Lekota and Mbhazima Shilowa has the institution confused.

In a statement issued on Monday afternoon, it called on Cope to sort out who is in charge of the party.

“Parliament has written to Mr Mosiuoa Lekota and Mr Mbhazima Shilowa requesting the Congress of the People to resolve urgently its leadership dispute and inform Parliament accordingly.

“This follows the receipt by Parliament of a letter from Mr Lekota on December 17 2010, in which Parliament was informed that the leadership structure of Cope, as elected in 2008, would continue.

“On January 19 2011, Parliament received a letter from Mr Shilowa advising Parliament that Cope had held an elective conference from December 15 to 17, at which Mr Shilowa had been elected president of Cope,” it said.

Earlier on Monday, Lekota told a media briefing — held at Cope’s parliamentary offices — that his party’s national committee was “the only legitimate body to continue to manage the affairs of the party”.

Among other decisions taken on Saturday, the committee announced the suspension of Shilowa, and several of his supporters, from the party.

Shilowa’s camp have rejected the CNC’s decision to suspend him, saying the sitting “was not an official meeting of the party”.

The Cope power battle is being fought just months ahead of local government elections.

‘Fair amount of uncertainty’
Asked on Monday what impact he thought this would have on the party’s voters, Lekota conceded it was causing confusion.

“Obviously there’s a fair amount of uncertainty because people would like to have some clarity as to who, ultimately, is the leadership of the Congress of the People,” he said.

But on Cope’s showing in the coming election, he said it was set to surprise people.

“We will do our utmost best … We will surprise a number of people … in a very good way.

“It will be surprising if the voters of this country will turn their backs on the Congress of the People for fighting corruption in its own ranks,” he said.

Many of the comments being posted on media websites below reports of the Lekota-Shilowa power battle suggest otherwise.

“Come [the] election, the voters will stop this madness,” one disgruntled Cope supporter proclaimed on one website.

Cope also announced on Monday it was disbanding its party structures in Gauteng, the Eastern Cape and the Western Cape.

“CNC task teams have been established in these provinces and preparations will take place to hold democratic, properly constituted congresses both at provincial and regional level,” it said. — Sapa