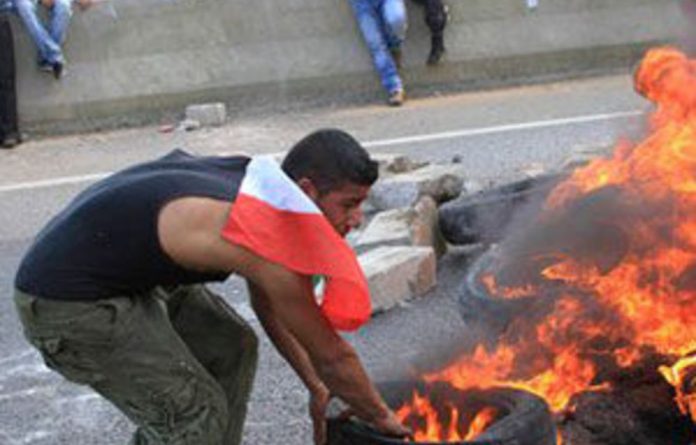 Hundreds of angry protesters burned tyres and blocked roads across Lebanon on Tuesday after Iranian-backed Hezbollah secured the appointment of its candidate to lead the next government.

The nomination of Najib Mikati as prime minister, endorsed by President Michel Suleiman, is seen a victory for Hezbollah, which secured the parliamentary votes needed to wrest control of the Lebanese government.

Hezbollah’s control over the government for the first time will sound alarm bells in Washington and Israel and raise concerns in moderate Sunni Arab states.

The protesters turned out in many cities in support of Mikati’s defeated rival Saad al-Hariri, a Sunni Muslim whose government was ousted this month by Shi’ite Hezbollah and its allies in a dispute over the investigation of his father’s assassination in 2005.

The protests were part of a “day of anger” called by loyalists of Hariri, who is backed by Saudi Arabia and Washington, to protest against Hezbollah, funded and supported by Tehran.

Mikati, a telecoms tycoon who has portrayed himself as a consensus candidate, said he would start talks to form a government on Thursday and appealed to all Lebanese factions to overcome their differences.

“All Lebanese leaders should cooperate together to face the current challenges,” he said from the presidential palace after he accepted his nomination by President Michel Suleiman.

“I reiterate my position … that my hand is extended to all factions to take part and end division … through dialogue.”

The biggest protest took place in the northern city of Tripoli where medical sources said 20 people were treated for injuries and protesters set fire to a satellite truck used by the Arab television channel Al Jazeera.

Hariri appealed for calm, saying he rejected demonstrations of violence. “You are angry but you are responsible people. I understand your feelings,” Hariri told supporters in a televised speech. “This anger should not lead us to what disagrees with our values … our belief that democracy is our refuge.”

“Sunni blood is boiling” chanted protesters in Tripoli, urging Mikati, a Sunni Muslim, to withdraw his nomination and waving flags of Hariri’s Future Movement which says it will not serve in any government dominated by the militant Shi’ite group.

Mikati secured the crucial backing of Walid Jumblatt and six of the influential local leader’s supporters on Monday, giving him a majority of support among parliament’s 128 members.

Protests continue
In Beirut, protesters blocked a road with burning tyres and overturned garbage containers. A security source said shots were fired in the air and the army intervened, but no one was hurt.

Lebanon’s power-sharing political system calls for the post of prime minister to be held by a Sunni, and Hariri supporters said any figure who accepted the nomination from the Shi’ite group to form a new government would be considered a traitor.

Hezbollah and its allies walked out of Hariri’s unity government on January 12 in a dispute over still confidential indictments by a United Nations-backed tribunal which is investigating the 2005 killing of statesman Rafik al-Hariri, the premier’s father.

Politicians allied to Hezbollah have said the first priority of their new government would be to cut links with the tribunal, which is expected to accuse Hezbollah members of involvement in the 2005 killing. Hezbollah denies any role.

Hariri supporter Mustafa Alloush told the crowd in Tripoli on Tuesday that the overthrow of the government two weeks ago was part of an Iranian takeover. “It’s an attempt to bring Lebanon into the Persian sphere. We will not accept that, and we will be on alert for them,” he said.

Hezbollah leader Sayyed Hassan Nasrallah has defended the movement’s decision to bring down Hariri’s government after he rejected demands to cut Lebanon’s links to the tribunal, saying Hezbollah ministers and their allies acted peacefully and within the constitution.

The demonstrators in Tripoli said investigation into Rafik al-Hariri’s killing could not be blocked. One poster read: “Tripoli will not accept the overthrow of the international tribunal.” — Reuters